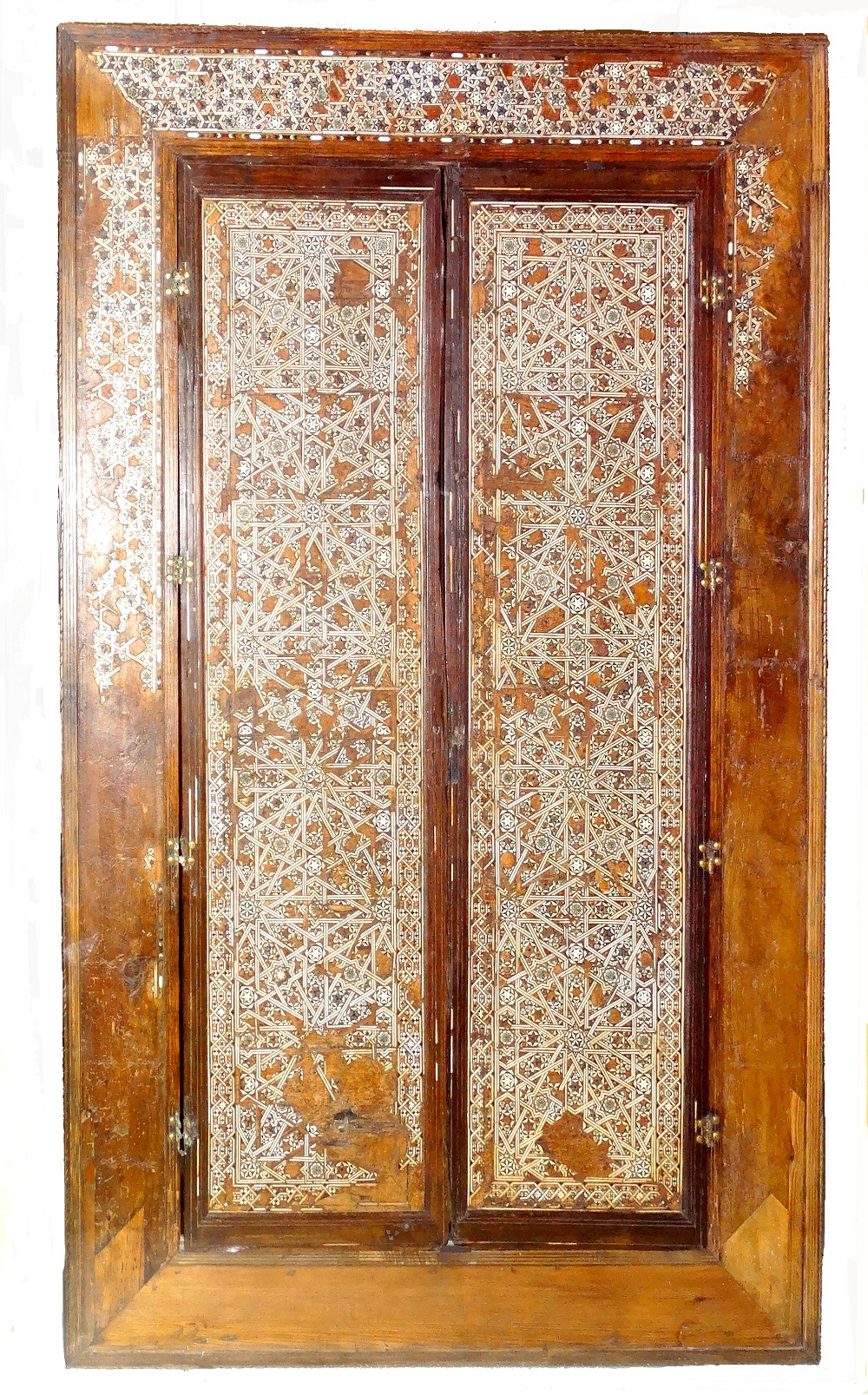 The word intarsia has the same root as the Spanish term taracea, said by the Royal Academy of the Spanish Language to originate in the Hispano-Arabic tarsí’, derived in its turn from the classical Arabic tar½?‘,  meaning ‘incrustation’: an “inlay made with small pieces of wood in their natural colours, or of dyed wood, shell, mother-of-pearl and other materials”.
Since this Hispano-Muslim technique was first studied, the Alexandrian mosaic has been posited as the original inspiration and precursor of the Byzantine stone and glass inlays that decorate the mi¬r?b of the Mosque of Córdoba, dating from the period of al- al-©akam II. In this case, transferred to decorative use on furnishings, it adds richness and polychromy through the use of woods of different colours (ebony, aloe, bukkum, sandal, lemon, etc.) together with small pieces of bone or ivory and metals like silver and even gold.
The heritage of the intarsia workshops under the caliphate was maintained during the Almoravid and Almohad periods through commissions or gifts of minbars for mosques on the other side of the Mediterranean. In the Iberian Peninsula, no material example has come down to us from before the Nasrid period. From then on, however, its development has remained constant to the present day in Granada.
Nasrid intarsia has a thickness of 1-2 mm. It often envelops the entire surface of the piece with complex arabesques designed for the space to be covered, though the intarsia may also be incrusted with separate arabesque motifs.
The technique of Nasrid intarsia requires a geometrical design adapted to the piece of furniture to be decorated, and filled in with pieces of extremely small size, stuck together and afterwards adhered to the furnishing.
The materials used in Hispano-Muslim intarsia are very varied: woods (ebony, walnut, sandal, bukkam, lemon, etc.), pieces of bone or ivory (natural or coloured), and in some cases silver.
It was in the Muslim east that decorative aesthetics changed most noticeably, following an evolutionary path of their own. The most outstanding forms are perhaps the ones shown here, with mother-of-pearl incrustations.