Washington Irving is the writer who has contributed the most to the international diffusion of the Alhambra since the 19th century. Hundreds of editions of his works The Alhambra and Tales of the Alhambra have been published over the years and millions of copies have been put into circulation. They have been translated into numerous different languages, demonstrating the great popular appeal of his work and the fame of its author, who came to enjoy this success during his lifetime.

His best known work, Tales of the Alhambra, helped to spread the image of the monument as the goal of the romantic “tour” of Spain, a kind of dreamy and mysterious palace that offered visitors the opportunity to evoke and recreate the past from the experience of the present.

His work represents a thoroughly modern attitude in terms of its perception of heritage and awareness of conservation. Irving denounces the incomprehensible habit of leaving grafiti on the walls and decorations of the Nasrid enclosures as well as the state of “exotic ruin” of the Alhambra’s spaces through his descriptions.

Also important are Irving’s comments on the promotion of the monument, the incipient cultural tourism and the valuation of ethnography and oral memory, by masterfully combining his historical research with these oral legacies to create an atmosphere in the monument that is as real as it is fantastic.

The publication of Washington Irving in the Library of the Alhambra brings together all the works and studies conserved in the bibliographical collection of the Board of Trustees of the Alhambra and Generalife, which has been growing over time following the legacy bequeathed by the Count of Romanones in 1909, whose donated books formed the origin of the Alhambra Library.

TALES OF THE ALHAMBRA

Back to page 150th anniversary 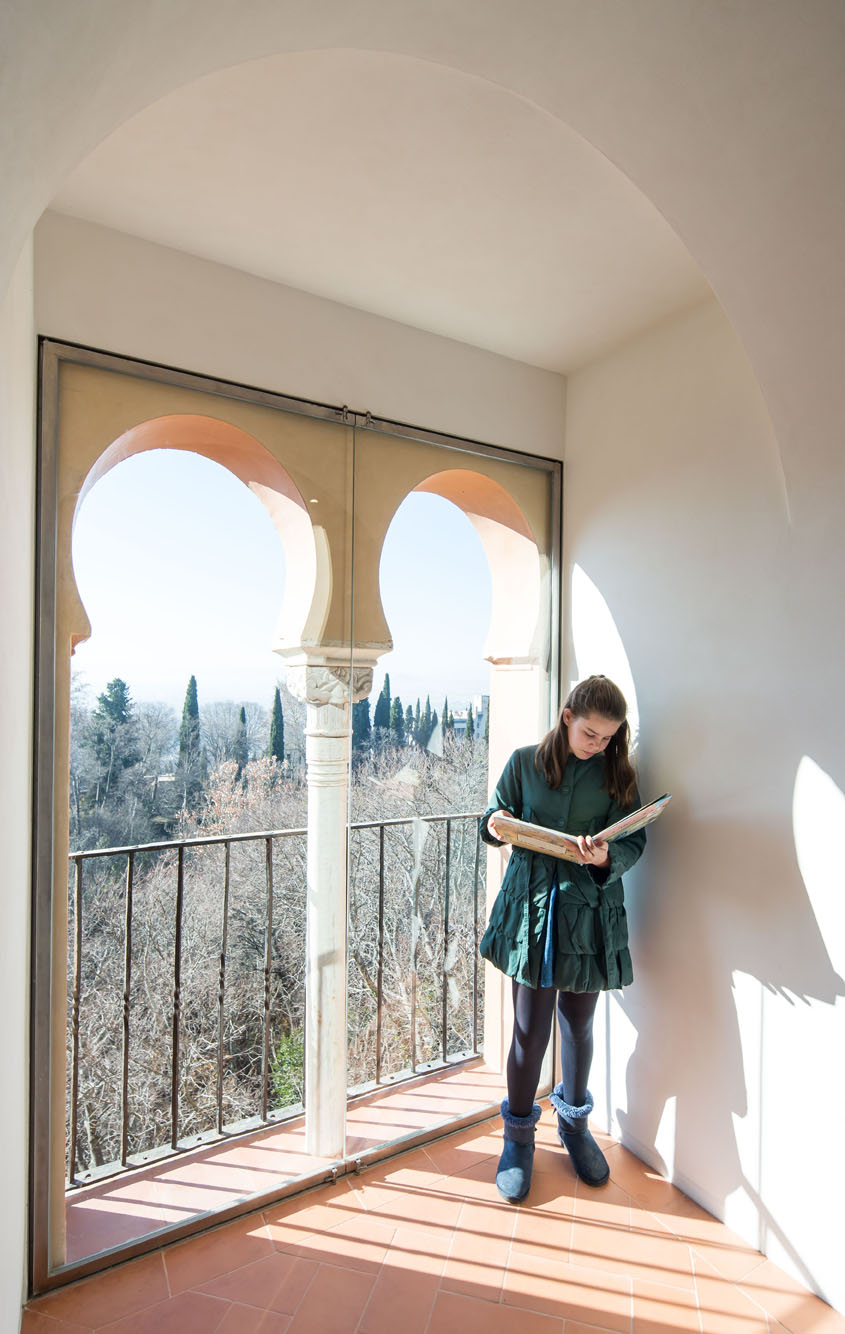