The ritual of physical and spiritual cleansing. One of the best-preserved public Arab baths of the Peninsula. 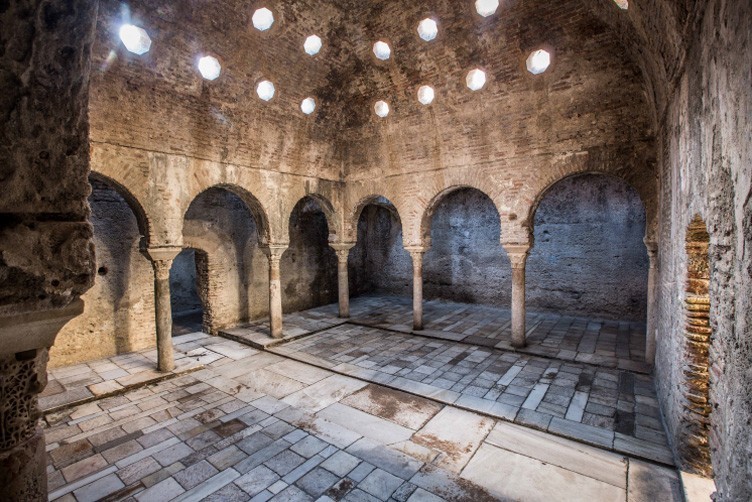 The Hammam al-Yawza or Baño del Nogal has been known by the diminutive Bañuelo since the end of the 19th century, due to being smaller than the royal baths of the Alhambra.

Traditionally, it has been dated tot he 11th century, that is to the Zirid period. For L. Torres Balbás, the construction of the Bañuelo was within a second construction period of the Zirid dynasty, corresponding to the reigns of Badis and Abd Allah (1038-1090), characterized by the use of the concrete walls.

However, for other researchers, the Bañuelo was built in the 12th century, as the construction technique used, with concrete walls and brick forming buttresses and reinforcements on the openings date back to that century, despite studies being focused on Murcia. For L. Seco de Lucena Paredes, the Bañuelo was built in the period of Zirid King Badis and integrated at the eastern extreme of the Qawraya military quarter, within the walls of the al-Qasaba al-Qadima or Old Alcazaba.

Subsequently, in the reign of Badis, the Bab al-Difaf was built, which would link with the rest of the wall of the Qawraya, which was outside the walls of the Old Alcazaba. From that point of the 11th century, the eastern part of the Madina of Granada began to grow on the right bank of the Darro, leading the Ajsaris quarter to emerge.

This new hub was surrounded by a wall which ran from the north tower of the Bab al-Difaf along the river to the east on the Cuesta de la Victoria, ascending north, forming a right angle, connecting with the Bab al-Bunud, the Puerta de los Estandartes.

In any case, the Hammam al-Yawza was built very close to a series of buildings associated with the Zirid period, as is the case of the Bab al-Difaf. Its location on an important public road and next to a door is characteristic of Andalusian baths, as well as being a rather populated area, and next to this bath, there may even have been a series of shops which opened onto Calle Bañuelo, demonstrating the urban importance of this area.

According to M. Gómez-Moreno González, who confused the Bab al-Difaf with the qantarat al-qadi Ibn Tawba (Puente del Cadí), next to the missing north buttress of the Bab al-Difaf there was another door, which was known in the Modern Age as the Puerta de Guadix Baja. According to the same writer, the Bañuelo was also known as the Baño de la Puerta de Guadix in modern times. 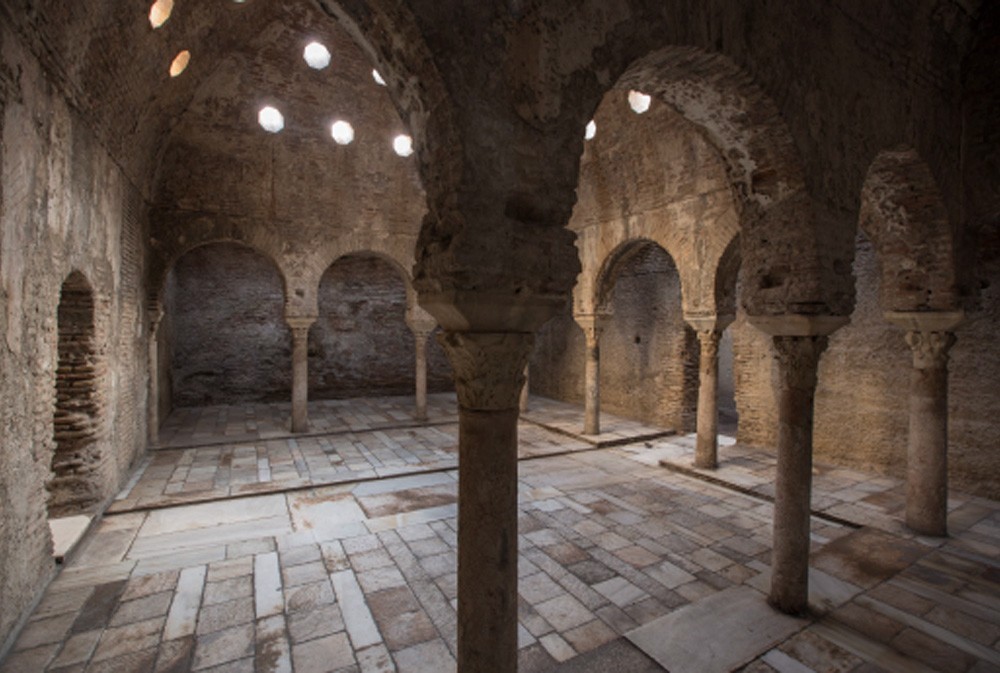 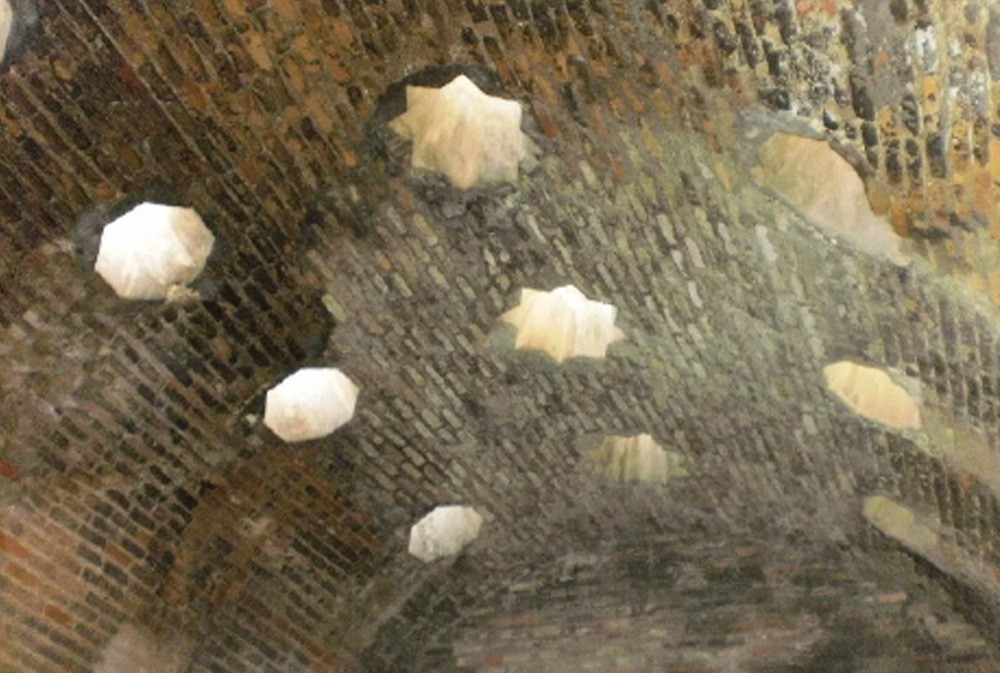 Find the location of the monument that interests you.