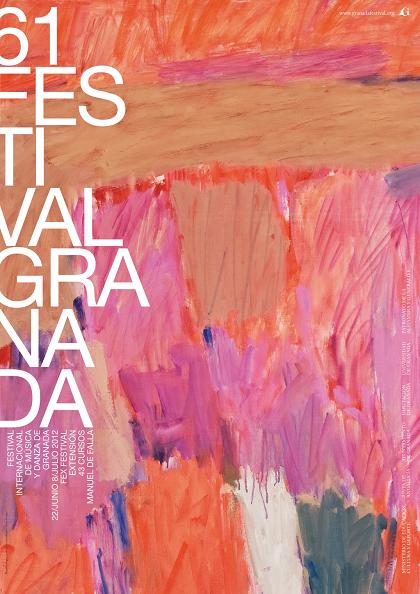 The 61st edition of the Granada International Festival of Music and Dance, scheduled for 22 June to 8 July 2012, is dedicated to the memory of Claude Debussy (St. Germain-en-Laye, 1862 – Paris, 1918), on the 150th anniversary of his birth, as a tribute to the true forerunner of contemporary 20th century music, and friend of Manuel de Falla, whom he helped stage the opera La vida breve in France in 1913.

The Spanish National Orchestra, conducted by Josep Pons, will open the festival on 22 June in the Palace of Carlos V, with a new concert version of La vida breve and with Debussy’s Iberia, featuring soprano Mariola Cantarero and Flamenco singer Estrella Morente.

On 24 June, the National Orchestra, accompanied by the Spanish National Choir and the RTVE Choir, will perform György Ligeti’s Requiem, made popular by Stanley Kubrick, who included fragments of the work in his film 2001: A Space Odyssey.

Other big names at this year’s edition of the festival include the Royal Philharmonic Orchestra, conducted by Canadian maestro Charles Dutoit, who will perform Debussy’s Prélude à l’après-midi d’un faune and La mer and Tchaikovsky’s Fifth Symphony on 30 June, and works by Ravel, Falla and Ottorino Respighi on 1 July, both in the Palace of Carlos V.

On 25 June, pianist Javier Perianes will perform pieces by Chopin, Dubussy and Falla in the Court of the Myrtles, which will also be the venue for violist Tabea Zimmermann to perform a wide-ranging selection of pieces from Schumann, Kurtág and others on 3 July.

The dance section features the Ballets de Paris de Roland Petit in the Generalife on 23 June, paying tribute to the choreographer who died in 2011; the Bayerisches Staatsballet München, with a double programme: on 27 June Steps & Times with music by Stravinsky, Brahms, Strauss and Mahler, and on 29 June, Tchaikovsky’s Swan Lake, choreographed by Ray Barra; and the Birmingham Royal Ballet, accompanied by the City of Granada Orchestra, who will perform Coppelia on 5 July and Summer Celebration on 7 July, both in the Generalife.

This year’s Flamenco performers include Olga Pericet, who will perform her own piece Rosa, metal y ceniza in the Isabel la Católica Theatre on 30 June; singer Carmen Linares and dancer Rafaela Carrasco in the Palace of Carlos V on 26 June; and dancer María Pagés on 2 July in the Generalife.

The festival will also feature the premier of La casa flotante, a work written for children, to be performed three times by La Maquiné at Teatro de la Alhambra (56, calle Molinos, Granada) to commemorate the centenary of the birth of Xavier Montsalvatge; there will also be a wide programme of activities for children and young people. Mornings at the festival will invoke orthodox polyphony and Spanish Renaissance music, and two organ performances will commemorate the 300th anniversary of the death of Juan Cabanilles.