Bronzes of the Spanish Umayyad caliphate 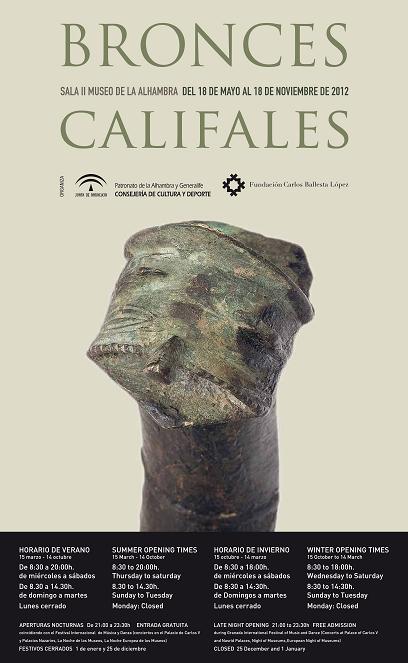 The Carlos Ballesta Foundation acquired the pieces to avoid their being taken out of Spain, and deposited them with the Museum of the Alhambra, in a great labour of patronage and protection, one of its functions in addition to the study and promotion of Morisco culture.

The simplest stands would have been used to support and decorate a casket or brazier, but others also share a common iconography – a lion’s paw and part of the leg, ending in a lion’s roaring head. The lion figure can also be seen in the deer and lion font from the Almanzor palace, also from the Umayyad period, in room IIIA of the museum, and is repeated constantly up to and throughout the Nasrid period – other examples include the Alhambra’s Fountain of the Lions and the two lions from Granada’s maristan in room IV of the museum.

The pieces were possibly made using a “lost-wax” casting technique, which meant that almost identical pieces could have been reproduced in series. The major elements were contained in the mould, and details in the coats and eyelids would have been added later by chisel.

The pieces point to a common culture and artistic relations between al-Andalus and Ifriqiya in the 10th-11th centuries, as also indicated by a similar piece from Qal’at Banu Hammad, capital of the Hammadids, in what is now Algeria, kept at the Museum of Decorative Arts in Paris.