A hitherto unseen view of the Alhambra. National Archaelogical Museum 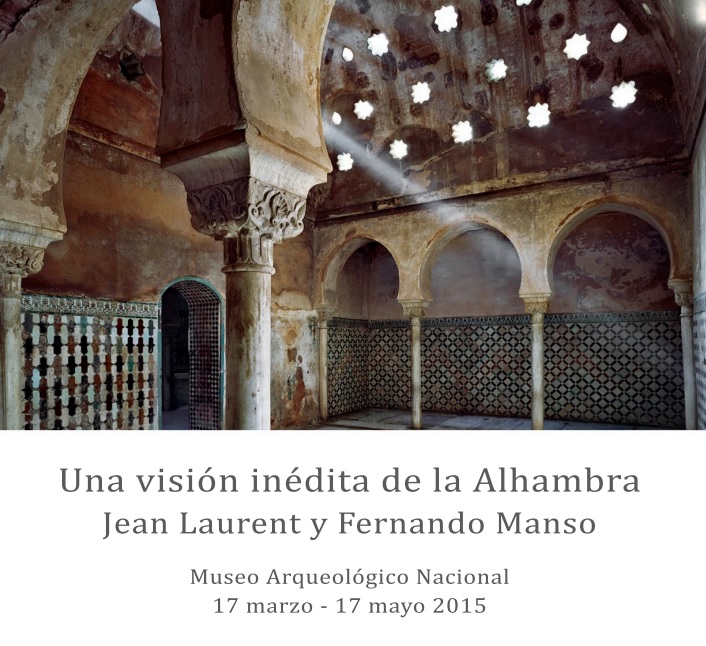 The photographers Jean Laurent (1816 – 1886) and Fernando Manso (Madrid 1961) are the subjects of an exhibition that brings together an exceptional collection of photographs of the Alhambra and the city of Granada, past and present.
Albeit with a gap of 150 years between them, both photographers use a plate camera to capture a personal and intimate impression of the gardens, palaces and surroundings of the Alhambra. The 22 pictures by the French photographer, Jean Laurent, one of the most active forces in the dissemination of photographs of the city of Granada and of the Alhambra, were carefully selected from over 400 images in his original catalogue.  These photographs offer a valuable visual account of Granada in the second half of the 19th century and are a magnificent example of the varied techniques of early photography.
The exhibition also contains 35 large format photographs by Fernando Manso, who has devoted two decades to artistic photography with his trusty analogue plate camera. These pictures are a selection of his work over an entire year (more than 500 hours immersed in the Alhambra), the result of which is a hundred photographs in which he offers us  a carefully considered, distinct, hitherto unseen view of the Monument.
The exhibition is divided into two sections. The 22 small format (20x35cm) pictures by Jean Laurent are displayed together in the same space which, in the way of a glass cabinet filled with assorted curiosities, transports the viewer back to Jean Laurent’s time. The 35 large format pictures measuring 200x150cm and 120x150cm are exhibited in a larger space and take the visitor on a tour of new, different, unseen views of the Alhambra today.
A total of 57 photographs that pay tribute to the monumental beauty of the Alhambra and its natural surroundings, extolling it as a cultural and artistic icon of Spain.
Place: National Archaeological Museum
Dates: From 17th March to 17th May 2015
The exhibition will later be moving to Granada where it will be on view at the Temporary Exhibition Room of the Granada Fine Arts Museum in the Palace of Charles V from 12th June to 20th September 2015.