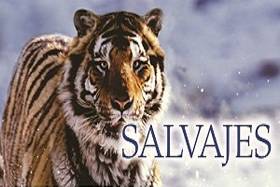 Organized by Lunwerg and sponsored by the AXA Foundation. Curator: Joaquín Araújo. A spectacular trip across the planet through the photographs of wild animals taken in their natural habitat by Steve Bloom, one of the best photographers of the animal kingdom.
Some of the most amazing photos of wild animals in the world will be on open-air display in the Wood of the Alhambra from the 26th September to the end of December.
The exhibition, which is sponsored by the AXA Foundation and curated by the naturalist Joaquín Araújo, is a wake-up call to warn us about the importance of taking care of the natural environment for the future of our planet. Granada, September 2014. This autumn, the Wood of the Alhambra will be filled with unnerving Siberian tigers, powerful African elephants, elegant zebras, cute-looking chimpanzees, wild condors, penguins, polar bears … and many other animals which will be quietly ambling amongst the thousands of visitors and residents of Granada. The truth is that the images, which are almost full size, of some of the most spectacular wild animals on the planet are this year’s stars of what is now a traditional photography exhibition that livens up the Central Walkway through the Wood every autumn.
If you take a stroll this year through the Wood of the Alhambra you will see magnificent pictures by Steve Bloom, one of the international photographers that best portrays the members of the animal kingdom in their natural environment. ‘Wild’ is an exhibition sponsored by the AXA Foundation, organized by Lunwerg and curated by the naturalist Joaquín Araujo, which comprises 65 of the photographer’s best pictures.
This open-air exhibition takes us on an amazing journey through large-format photographs that teach us about the biodiversity of the planet. From the jungles of Borneo to the frozen rivers of the Antarctic and across the African savannahs, Steve Bloom has travelled the world to its remotest corners to capture the fleeting moments in which the frontiers between animal and human species become blurred.
In this exhibition we find passion, tenderness, emotion and humour in the animal world, as seen through the anthropomorphic lens of Steve Bloom who conceives photography as a search for the emotions transmitted by the animal kingdom.