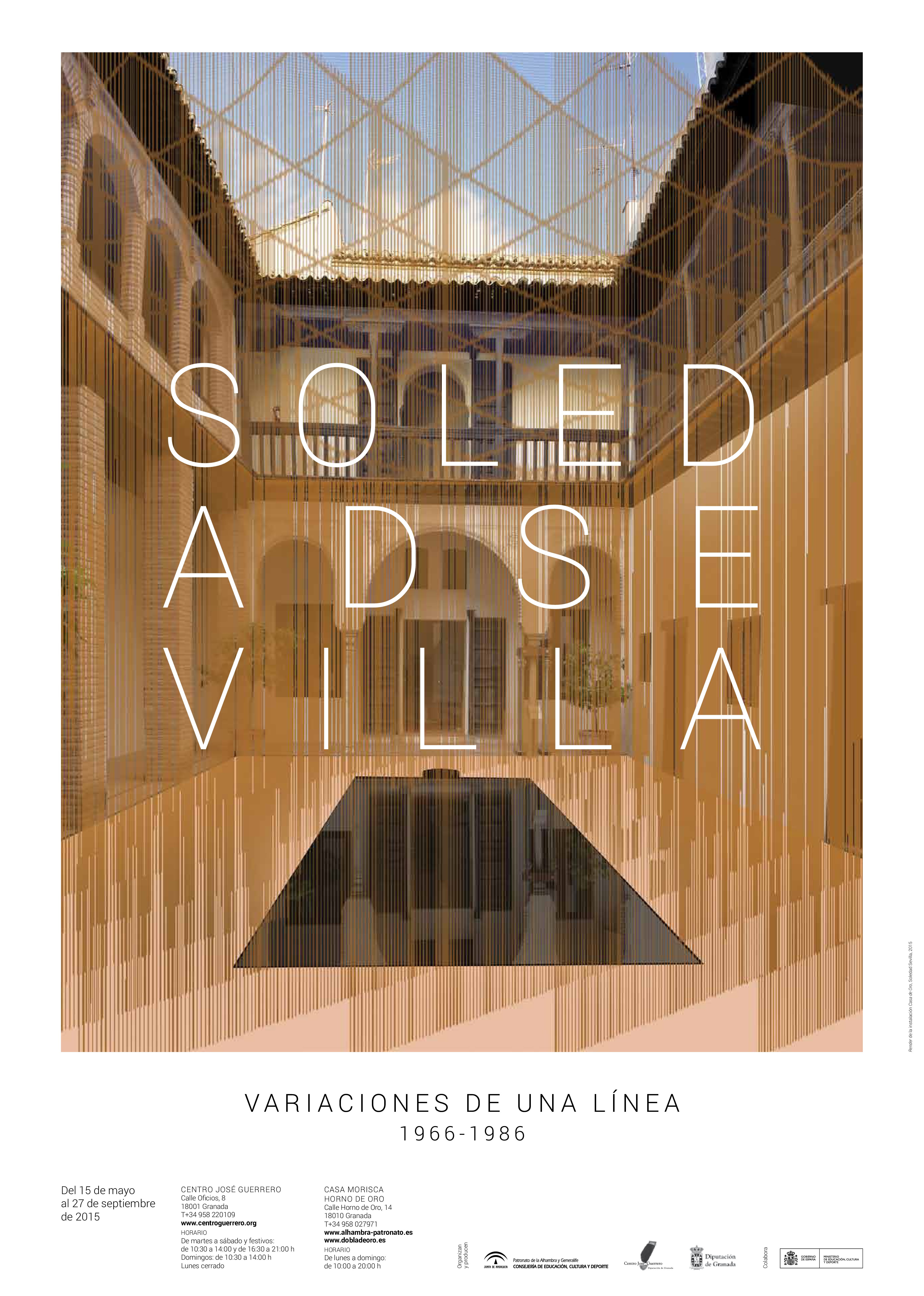 Soledad Sevilla (Valencia, 1944) returns to Granada with a monographic exhibition dealing with the first two decades of her work, centered on her successive explorations of space through geometry, from its two-dimensional graphic representation – first on paper, and then on canvas – to the occupation of space itself. In all, the exhibition presents a coherent, meticulous tour, adding themes as it progresses, incorporating into the investigation of space the artist’s reflection on light, transparency and poetry, weaving ever more complex lattices, adding layers of meaning which, paradoxically, make the work created gain in delicacy. The need gradually makes itself felt to make real the experience suggested, by entering into the atmospheres created by the paintings, so that the artist began to create installations, invariably in parallel to her pictorial work. From the forthright, courageous posture characteristic of the best modernity, which is nonetheless respectful of tradition, and after throwing herself into the formal values of painting, Soledad Sevilla went further than some other artists of her generation by subtle, suggestive appropriations of physical space. An installation is an alteration of space, usually a temporary possession of it, an occupation that involves the definitive expansion of the two-dimensional limits of the picture and of the volumes of traditional sculpture.
The exhibition is held in two buildings. The José Guerrero Centre presents the career of Soledad Sevilla from her early studies and variations on paper, in the context of geometrical abstraction and concrete, normative art (her participation in the Seminar for Automatic Generation of Artistic Forms at the Computational Centre of the Complutense University in Madrid was very important) up to two of her most emblematic pictorial series: Las meninas and La Alhambra. The Casa Horno de Oro accommodates the installation entitled Casa de Oro, created specially for the occasion using the language of these early years applied to a work which is, moreover, an invitation to delight in our rich heritage and interpret it with current tools and keys, in an entertaining conversation, which is a constant concern of Sevilla.
SEDES