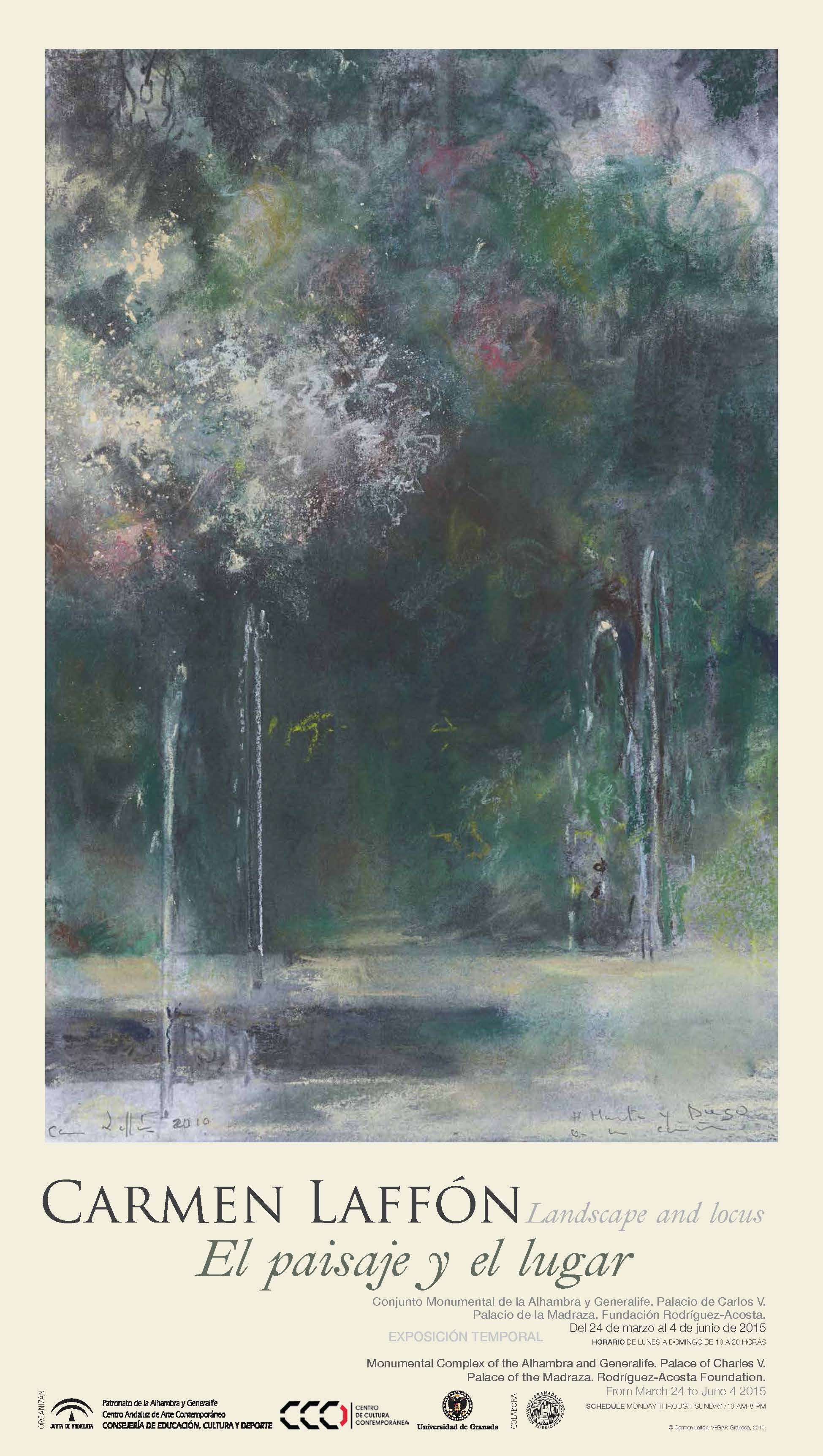 This exhibition can be viewed as an extended journey linking the lowlands at the mouth of the Guadalquivir, in Sanlúcar de Barrameda, with the private sensuality of the Arabic gardens of the Generalife. If travel changes the traveller, the works of Carmen Laffón, which reflect the different moods of the river and rhythms of the garden, carve out a second route through the landscape itself: a landscape expressed in the vitality of the banks of the river at Bonanza, the view that expects and spies out the vigour of light over Doñana from Sanlucár, of the sea’s imminent presence in La Jara, from which one can follow the trail of a walker who does not step away from the unexpected encounters offered by the waters and the lush foliage in the Generalife. There is perhaps one more path even, shaped by the painting itself, through the silent exactness of the brushstroke in the garden, the matter brought to life in Bonanza, the architecture of colour in the Coto and the serene succession of parallel shapes in La Jara.
Every long journey requires a place to rest and Laffón finds it next to the river, in the skies that rise above her study of La Jara that suggest the incessant comings and goings of nature and also in the private enclosed spaces depicted in her drawings of the Generalife: in contrast to the splendour of the sky, there is the generous fertility of the soil.
A place grows with the person who inhabits it. Laffón watches it take shape in the objects that condense this effort, both intellectual and physical: in the texts or images that draw on the poetic world of Cervantes, the materials and tools that mark the day-to-day life of a metal workshop or the modest appliances on which the ancient culture of lime is based (Juan Bosco Díaz, exhibition curator).
Dates: From 24 March 2015 to 4 June 2015
Place: Temporary Exhibition Room at the Fine Arts Museum and the Chapel of the Palace of Charles V. The Alhambra and Generalife Group of Monuments. Rodriguez-Acosta Foundation (in accordance with the Foundation’s own admission procedure) and the Palace of the Madraza.
Time: From Monday to Sunday from 10:00 to 20:00. ADMISSION FREE
GUIDED VISITS
Saturdays and Sundays from 12:00 to 14:00
Groups of NO MORE THAN 15 people
Reserve a place at the Corral de Carbón, by calling 958575126 or by email: alhambraeduca.pag(at)juntadeandalucia.es