A hitherto unseen view of the Alhambra. Jean Laurent and Fernando Manso 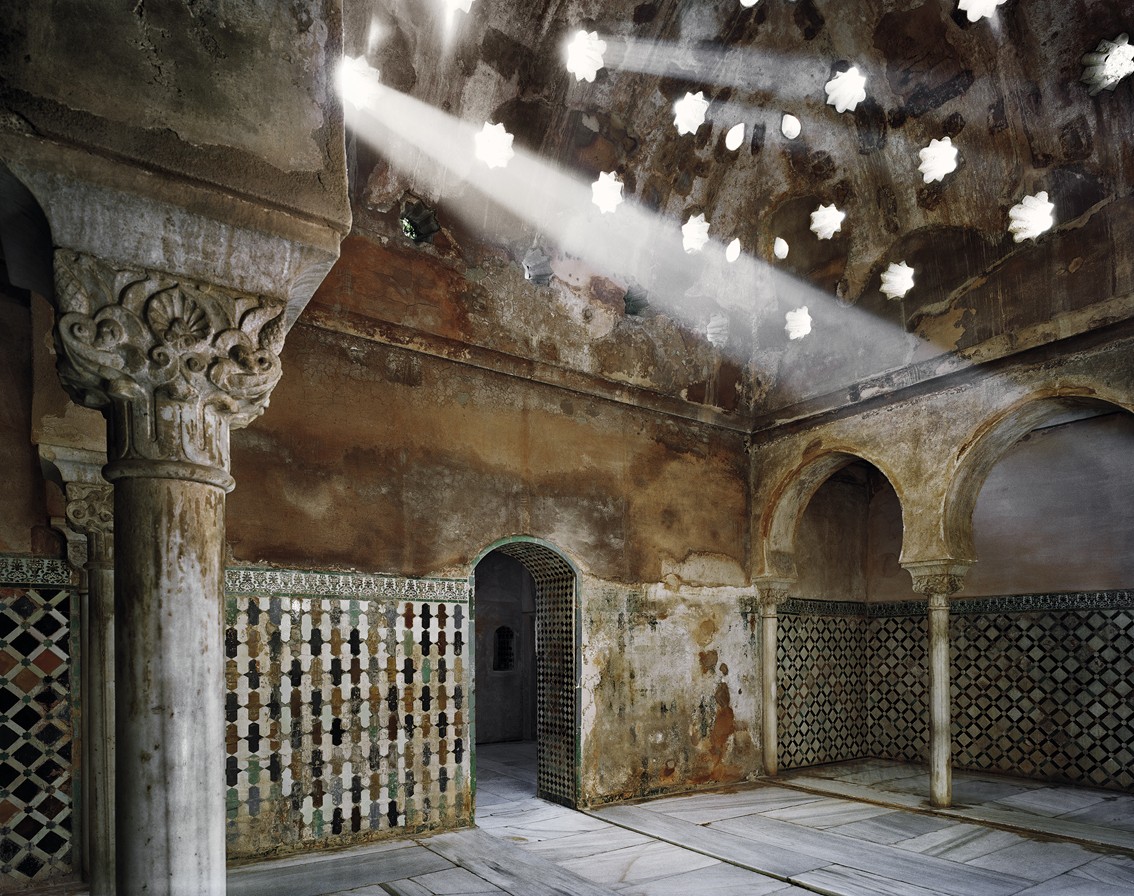 A private personal view of the Alhambra, an unseen Alhambra is revealed through the lens of Fernando Manso (Madrid-1961) who has immortalized the Nasrid fortress using a plate camera, the same machine used in the 19th century by photographers such as Jean Laurent (1816-1886). The result is now on show in an exhibition entitled “A Hitherto Unseen View of the Alhambra” made up of 30 pictures which together form a fascinating inventory of photographs of the Alhambra, its gardens, palaces and the area around the monument. This exhibition is now coming to the Alhambra after being showcased at the National Archaeological Museum in Madrid where it proved a great success.

Fernando Manso has built a bridge between early and modern photography of the monument. Fernando is a modern romantic who views his subjects from the same perspective as pioneers such as Jean Laurent, who tirelessly sought to consolidate photography as an art form.

Over the course of a year the unusual figure of Fernando Manso, weighed down by his tripod and plate camera, became popular in the everyday life of the Alhambra. In a similarly tireless fashion he visited every corner of the monument in search of the best shot, the most mysterious light, the unnoticed detail that only his ancient plate camera could detect, so discovering an unseen Alhambra.

FROM MONDAY TO SUNDAY FROM 10 AM TO 8 PM

THE COUNCIL OF THE ALHAMBRA AND GENERALIFE

MINISTRY OF EDUCATION, CULTURE AND SPORT AND THE PROMOTION OF ART