The Alhambra, through art and artists 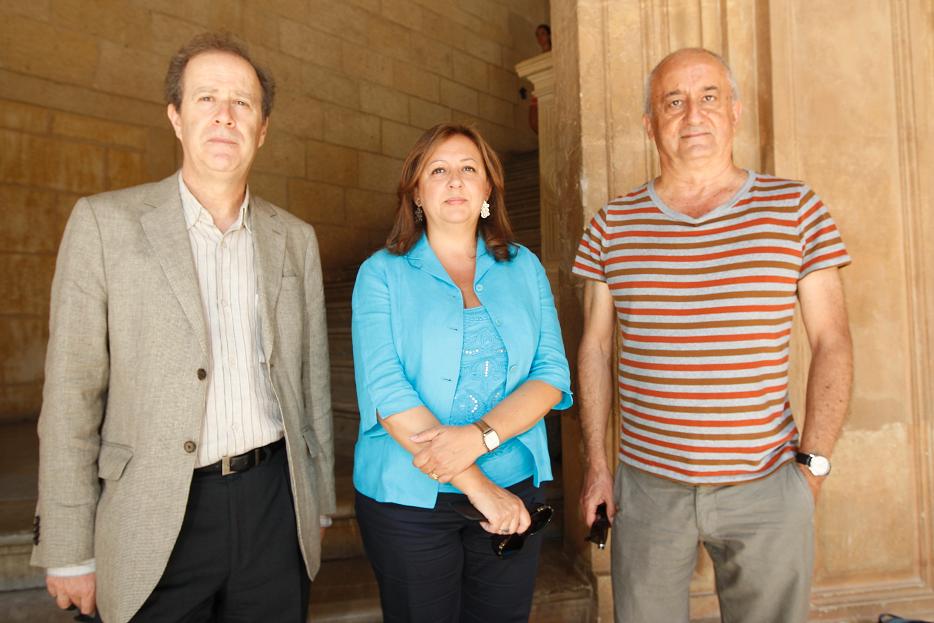 From today onwards, specialists will offer their vision of the Monument through photography, cinema and music, as part of a course organised in collaboration with the University of Granada Centro Mediterráneo

The Alhambra, Art and artists is the title of the course that, from today until Friday 23 September will be given in the Palace of Carlos V. This morning, María del Mar Villafranca, general director of the Patronato de la Alhambra y Generalife (PAG), explained to almost 100 students enrolled the aim of the course, organised in collaboration with the University of Granada Centro Mediterráneo, and which aim is none other than to analyse our knowledge of Nasrid art, on the basis of recent research and, particularly, the role played by the Alhambra as a “source of inspiration and artistic creation down through the years”.
Over 5 days, a group of experts will analyse trends such as Orientalism and its subset, Alhambresque, or how artistic media such as photography, cinema and music have contributed to disseminate understanding of the site.
On the opening day, Antonio Orihuela, researcher with the Higher Council for Scientific Research (CSIC), analysed The palaces of the Alhambra, the palace-city, the functionality of spaces. Afterwards, architect and drafter of the Master Plan for the Alhambra, Pedro Salmerón, will explain the urban structure and landscape of the monument to the students. In the afternoon, José Miguel Puerta Vílchez, lecturer at the Department of History of Art of the University of Granada, will analyse The metaphoric and calligraphic essence of the Alhambra, yesterday and today, while restorer María del Carmen Pertíñez will outline the characteristics of the Roofs and timbers of the Alhambra.
On the following day, Tuesday 20 September, will intervene Pedro Galera, professor of History of Art at the University of Jaén, who will speak on The Palace of Carlos V, the damage inflicted by the West on romantic Orientalism. Afterwards, Antonio Gámiz, professor at the Higher School of Architecture of Seville, will take the floor to speak on Visits by David Roberts, landscape and architecture painter, to the Alhambra in and around 1833. The morning session will close with architect Juan Domingo Santos, who will outline From the Alhambra Manifesto to the “New Door”, the project that bears his signature and that of Portuguese fellow architect Álvaro Siza and which was the winner of the Atrio de la Alhambra International Ideas competition.
The afternoon sessions will concentrate on painting, photography and cinema. Granadan architect Carlos Sánchez will speak on Seeing the Alhambra through painting and engravings, while film historian Carlos Martín will discuss Scenography, light and movement. The Alhambra in the cinema, and Javier Piñar, lecturer in Economic Theory and History at the University of Granada will analyse the key to understanding Alhambrism in Alhambrism in photography, elite productions and mass images (1840-1920).

On Wednesday, the Alhambra and Orientalism will take centre stage of the course organised by the Centro Mediterráneo at the Palace of Carlos V. Juan Calatrava, professor of History of Architecture at the Granada Higher School of Architecture, will speak on Owen Jones and architectural Orientalism, while María del Mar Villafranca will take a look at Architecture, image and reality (I and II).
In the afternoon, Jesús Bermúdez, archaeology consultant to PAG, will analyse The Alhambra, a palace-city in time and archaeologist Eva Moreno will concentrate on the importance of the ceramic tradition at the Alhambra. Afterwards, Rafael de la Cruz, head of the Gardens and Woods Service, will lead students registered on the course through the historic-artistic gardens of the Alhambra and Generalife.
The session on Thursday, 22 September will open with The Alhambra as an iconographic reference in America, by Rafael López, professor of History of Art at the University of Granada. Afterwards, Reynaldo Fernández Manzano, director of the Musical Documentation Centre, will analyse musical Alhambrism and Rafael del Pino, researcher with the Manuel de Falla archive will examine Red Hill, between the plain and the mountains: the silences of Manuel de Falla.
The day will wind up with talks on The columns of the Alhambra, by Purificación Marinetto, head of the Museum of the Alhambra curatorial department, A close look: ceramics and ornamentation in the architecture of the Alhambra, by archaeologist Paula Sánchez, and Plaster in the decorations of the Alhambra, given by Ramón Rubio, head of the Plasterwork and Tiling Restoration Workshop.
The course will finalise with a conference given by Emilio Escoriza, curator of the Granada Museum of Fine Arts, and art historian Emilio Caro on The Alhambra, destination of artists, while Franciso Baena, coordinator of the José Guerrero Centre will give a paper on From a viewpoint of contemporary art, experiences of the Alhambra.