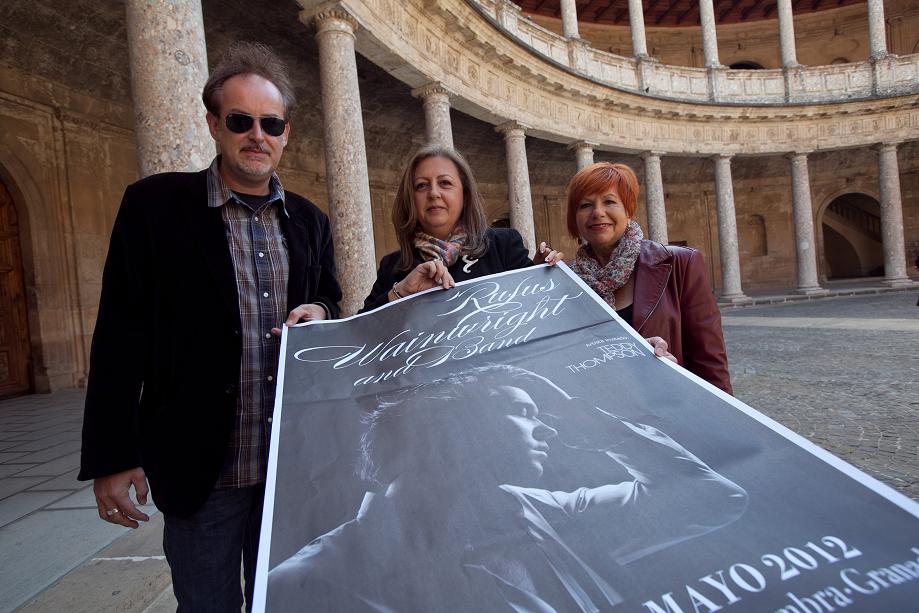 Organised by Alhambra and Legado Andalusí Foundation, as part of the festivities to celebrate the Millenium of the Kingdom of Granada

This morning, María del Mar Villafranca, general director of Patronato de la Alhambra y Generalife, and Francisca Pleguezuelos, manager of the Millennium Consortium, announced a forthcoming concert, at which Rufus Wainwright and his band will perform for the first time in Spain. The concert, the result of a private-public agreement with Granadan company Musiserv, will be held in the Generalife Amphitheatre.

Wainwright, whose European tour commenced on 23 April in Copenhagen, will play in Granada on 4 May as part of the festivities scheduled to commemorate the Millennium of the Kingdom of Granada. The singer will play a selection of numbers from his new album Out of the Game, which hit the charts two years after All days are night: songs for Lulu.

The new album is produced by UK producer Mark Ronson, who has also worked with Amy Winehouse, Robbie Williams, Sean Paul, Lily Allen, the Kaiser Chiefs and Duran Duran, among others, and features Martha Wainwright, Nick Zinner from The Yeah Yeah Yeahs, Sean Lennon, Nels Cline (Wilco) and Andrew Wyatt (Miike Snow). Wainwright visits Granada after playing La Cigale in Paris and the Lyceum in London.  Tickets for the show are available from Livenation.es, Ticketmaster, Servicaixa and El Corte Inglés.

The concert is just one of the many exciting activities scheduled to commemorate the Millennium of the Kingdom of Granada. The programme, already underway, stretches into 2013, and includes concerts, sporting and technological encounters, markets, exhibitions, international conferences, gastronomy, and much more.