Owen Jones and the Alhambra: Islamic design, discovery and vision 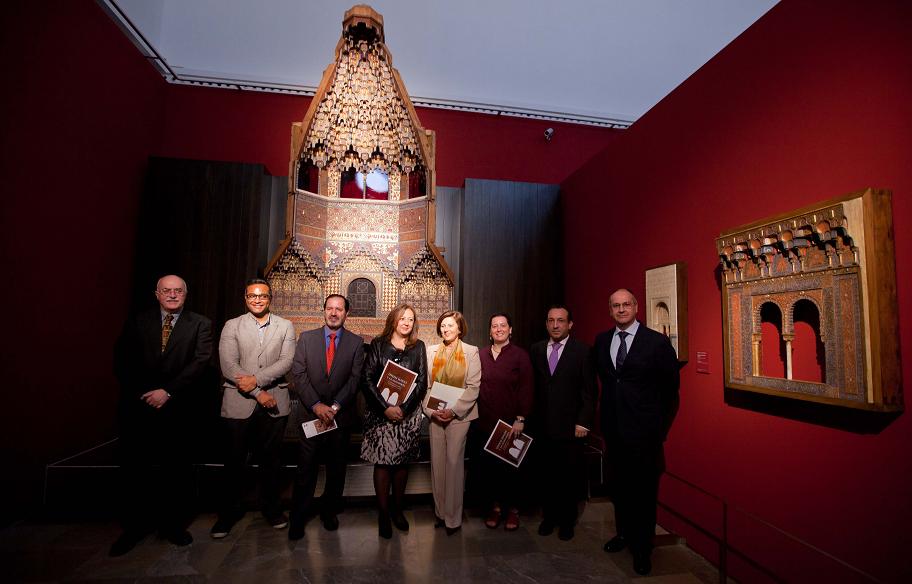 Exhibition, organised by Patronato de la Alhambra y Generalife and the Victoria and Albert Museum, London, will run from 21 October to 28 February

Patronato de la Alhambra y Generalife (PAG) and the Victoria and Albert Museum honour English architect and designer Owen Jones (1809-1874), a key figure in 19th century design reform, with an exhibition which will run from 21 October to 28 February in the Museum of Fine Arts temporary exhibition room in the Palace of Carlos V.
Owen Jones and the Alhambra: Islamic design, discovery and vision was commissioned by University of Granada History of Architecture Professor, Juan Calatrava, in association with V&A curators Mariam Rosser-Owen and Abraham Thomas, based on a V&A exhibition design, and aims to contribute not only to the study of Jones himself, but also to the understanding of the important role played by the Alhambra in the work of many contemporary artists and architects.
Jones visited the Alhambra twice, in 1834 and 1837, and it was his vision of the complex as a complete treatise on architecture that motivated his constant advocacy of Islamic art as a model for contemporary culture.
The exhibition features over 140 objects, including original travel sketches, from the V&A plaster casts taken by Jones of Alhambra decorative plasterwork; two large watercolours, dating to 1851 and executed as preliminary designs for London’s Great Exhibition, and on show for the first time in Spain; and a model of the Hall of the Two Sisters, made by the Contreras family of architects. Other objects include textiles, illuminated books and original design drawings for tiles, and reveal his fascination with Islamic artistic heritage.
Owen Jones and the Alhambra: Islamic design, discovery and vision is divided into six sections – Introduction and early travels, Travelling to the Alhambra, Alhambra visits 1834 and 1837, The 1851 Great Exhibition, The Grammar of Ornament and Jones’ influence on 19th century design –, each of which analyses a different phase of Jones’ work.
Over a career of 50 years, Jones travelled many times to Spain, France, Italy and the Middle East, writing very influential books, teaching at classes and conferences and building up a legacy which lives on long after his death. His decisive encounter with the Alhambra was in the company of French architect Jules Goury. Jones studied the complex in detail, making artistic and architectural drawings, and also tracing and plaster casts. The result of this labour of love was Plans, Elevations, Sections and Details of the Alhambra, a milestone treatise in design and architecture which made the Alhambra the focus of 19th century design reform.
London’s Great Exhibition of 1851, the first of the Universal Exhibitions, with its Crystal Palace, was the ideal showcase for Jones’ ideas. Jones was entrusted with the decoration of the glass and iron palace, and he chose the palette of the Alhambra – red, yellow and blue, for the interior ironwork. When the Crystal Palace was relocated in Sydenham in 1854, Jones built a recreation of the Court of the Lions and other aspects of the Alhambra.
In his explanatory leaflet The Alhambra Court, Jones reiterated what he believed to be the scientific laws governing the ornamental details of the Alhambra and gave an honest explanation of the differences between his replica and the original Court of the Lions. Until it was destroyed by a fire in 1936, the Alhambra Court at Sydenham was a source of knowledge about the Nasrid palace for millions of people.
In 1856 Jones took the next step: condensing his experience into a veritable treatise on decoration. His Grammar of Ornament attempted to summarise the scientific principles of design in a kind of “grammar” and became standard reading for at least three generations of architects and artists (including Le Corbusier, represented here with three drawings copied from Jones’s work).
Jones’s work and theories had enormous influence on his contemporaries. Jones also left his mark on the Alhambra itself, where he became a key reference for the 19th-century restorers and for Rafael Contreras in particular.
Owen Jones y la Alhambra: Islamic design, discovery and vision is a unique opportunity to discover the work of an enormously influential Victorian designer and architect. Entry to the exhibition is free, and audio guides are available.
Location: Monumental Complex of the Alhambra and Generalife.
Dates: From 21 October 2011 to 28 February 2012.
Opening hours: Monday through Thursday and Sunday 9:00 am – 6:00 pm. Friday and Saturday 9:00 am – 8:00 pm.