Court of the Lions to open to the public this summer 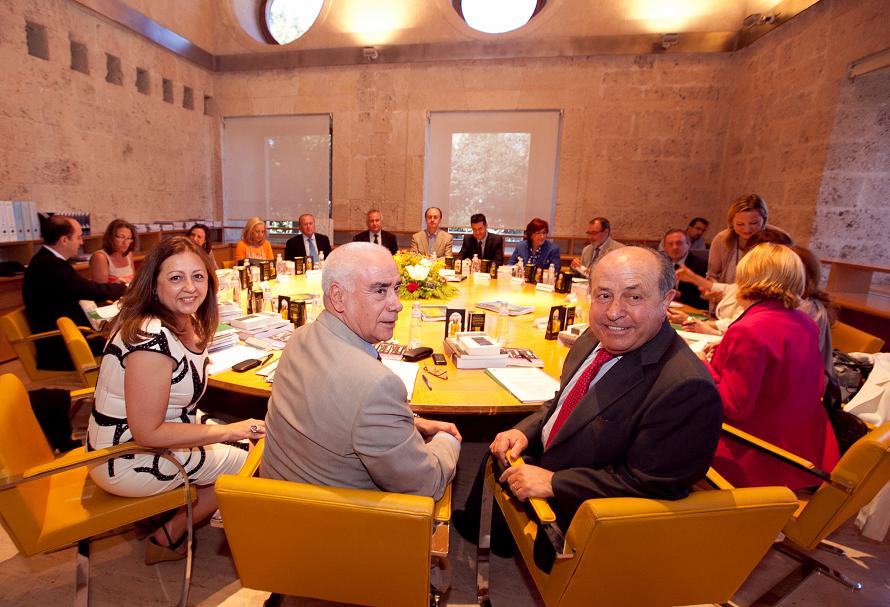 Board meeting chaired by minister for Culture and Sports agrees to increase financing for the Alhambra by 11.4%, consolidate its cultural offer and direct EU-financed projects

This morning, Luciano Alonso, Government of Andalusia minister for Culture and Sport, chaired this year’s first meeting of the board of Patronato de la Alhambra y Generalife, in the Palace of Carlos V. The meeting approved the 2011 report and expenditures and the plan of action and budget for 2012, set at €25,220,524 (11.04% up on 2011).

Other issues on the agenda included sponsorship from and cooperation with a range of professional groups and public and private institutions, including the consolidation of funds pledged by the Ministry for Culture for work on the Generalife’s mediaeval gardens, European Union funds granted for the Redalh cross-border project, World Monuments Fund (WMF) grants for the restoration of the Partal oratory and financing for the Hidden Alhambra programme, and sponsoring by laCaixa for the installation of a lift in the Palace of Carlos V, by Cervezas Alhambra for a new edition of the Palace of Carlos V.

One of the main activities facing Patronato de la Alhambra y Generalife this year is the reopening to the public of the Court of the Lions. The courtyard has been repaved, to restore its historical image and to allow access to the public. Work on the rehabilitation of Casas de La Mimbre, or Wicker Workshops, as future location of the Patronato de la Alhambra y Generalife Educational System, is also slated for completion in 2012.

Alonso praised the consolidation of the site’s cultural offer, with exhibitions such as Gardens of Light, on the works of Joaquín Sorolla, to be inaugurated on 29 June next, the result of a joint effort between Patronato de la Alhambra y Generalife, the Sorolla Museum and Ferrara Arte; an exhibition on architect Leopoldo Torres Balbás scheduled for October; and the exhibition on US artist Sean Scully, Southern Light, to be resumed on 17 July in the chapel of the Palace of Carlos V, after the end of the Granada International Festival of Music and Dance, and which has already been visited by over 30,000 persons since it was inaugurated on 30 March last.

Alonso also highlighted the participation of the Alhambra site in the programme of official activities scheduled to celebrate the 40th anniversary of the World Heritage Convention, including an open day aimed at the local population, the recording of a memory bank and educational visits to the Court of the Lions, on the occasion of its being reopened to the public.