“Art and cultures of al-Andalus, the power of the Alhambra”, a thousand years in the history of the Kingdom of Granada (1013-2013) 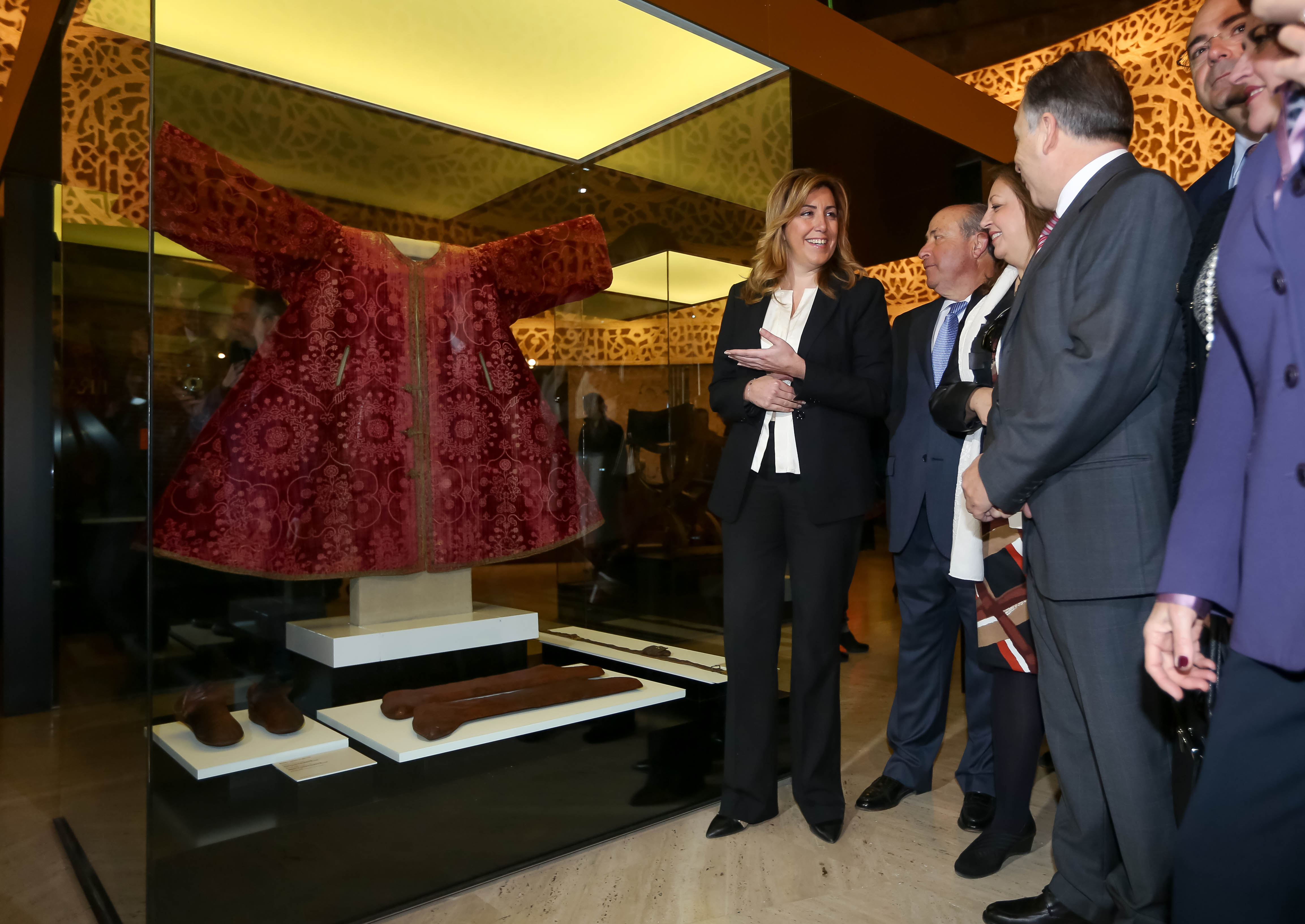 The exhibition "Art and cultures of al-Andalus, the power of the Alhambra" focuses particularly on the Kingdom of Granada...

The exhibition “Art and cultures of al-Andalus, the power of the Alhambra” focuses particularly on the Kingdom of Granada, covering the period from the beginning of the 11th Century until the twilight of al-Andalus at the end of the 15th Century. The contributions made by Hispanic Christians and Jews are also represented in a total of over 300 pieces displaying the importance and wealth of Andalusian culture.
The Alhambra itself is the main exhibit in an exhibition that presents the monument as a symbol of the political, economic and social history of the last Andalusian emirate in the Iberian Peninsula, as well as a literary, poetic, tourist and cultural reference. This exhibition is organized by the Consortium for the Commemoration of the First Millennium of the Kingdom of Granada, the Council of the Alhambra and Generalife and the al-Andalus Lgacy Foundation.
The exhibition is curated by Rafael López Guzmán, José Miguel Puerta Vílchez and Mª Jesús Viguera Molins, and over 70 institutions and a number of private collections have taken part by lending their pieces. These include: the Council of the Alhambra and Generalife, the El Escorial Royal Library, the Spanish Royal Armoury, the Granada Archaeological Museum, the University of Granada, the Spanish Royal Academy of History, Toledo Cathedral, Granada Cathedral, the Museum of Segovia, the Spanish Senior Research Council, Córdoba Municipal Library, the Museum of Mallorca and the Historical Archives of the Province of Granada.
The exhibition has a number of emblematic exhibits: the Haik or tunic worn by the last Sultan of Granada, Boabdil (Toledo Army Museum), his rapier, the Capitulations, the official document in which Boabdil surrendered to King Ferdinand and Queen Isabella (General Archives of Simancas) and the diplomatic correspondence between the Sultans of Granada and other Kingdoms (Archives of the Crown of Aragon).
This exhibition is part of the programme of events organized to commemorate the Millennium of the Kingdom of Granada, a geographical space and a period of time in which a multitude of cultural influences converged.
The exhibition is divided into various sections: From the Millennium: A look back at al-Andalus, in which we can see important artistic and cultural pieces from the 11th to the 15th Centuries such as the household treasures of Boabdil; Andalusian Granada which traces the development of the city of Granada and its infrastructures during the Islamic period; Diwan of the Arts which displays the cultural and artistic excellence achieved in al-Andalus; Arabic documents from Granada, a section in which in addition to various documents from the Chancellery of Granada, the visitor can also examine a range of both official and private documents, such as the Peace Treaty between Muhammad V of Granada and Pedro IV of Aragon (Archives of the Crown of Aragon); The power of the Alhambra and its influence contains a range of images of the monument in the form of engravings by travellers, paintings, photographic plates and film sets, and A Tour of the Alhambra and Generalife, in which the monument itself is the most important exhibit enhanced by different perspectives of the traditional route followed by visitors.