Official Guide to the Alhambra 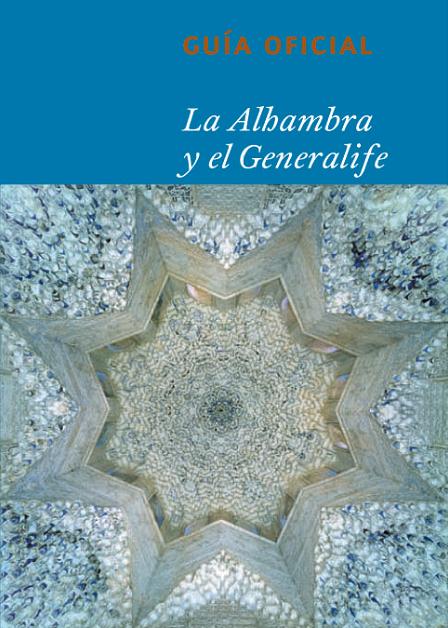 The Patronato de la Alhambra y Generalife has launched the new Official Guide of the Nasrid Monumental Complex. The publication, written by Jesús Bermúdez Lopez, Archaeology Consultant of the independent body, is conceived to guide the traveller and promote the scientific knowledge on the Monument and its surroundings. The Director of the Patronato de la Alhambra, María del Mar Villafranca herself was in charge of the general management of the project, to which several specialists and executives of the Monument have contributed.
The Official Guide, now available for EUR 18, is a co-edition by the Patronato de la Alhambra and TF Editores. It consists of 354 pages with valuable graphic materials (with more than 300 photos by the photographers Vicente del Amo, Alberto Caballero and Adrian Tyler, among others, from the Archivo Histórico de la Alhambra) and new plans drawn especially for this edition. Furthermore, the Guide is the first official guide to a monument with a QR (Quick Response) Barcode. This gives the costumer the possibility to visit the Web Site of the Patronato de la Alhambra (Archivo Histórico de la Alhambra) with her/his mobile phone so she/he can access firsthand information on up-to-date news about what is happening within the Monumental Complex.
The publication has been edited in Spanish, English, French, German and Italian, and printed in 5 colours on FSC-certified paper and with a sustainable printing process. The Guide launches some of the latest novelties on scientific knowledge of the site, as a result of the constant effort of the qualified staff of the Patronato de la Alhambra y Generalife and a strong group of habitual professional collaborators from different disciplines.
The publication is divided into 15 chapters, including the annexes and a notebook for the traveller to write down his/her impressions during his visit. The geographical setting of the Alhambra (an extension of ca. 3,455,000 m2, and for public visit 655,000 m2) and their history are explained in the Guide. Each chapter explains some significant elements of the area it involves, by means of additional text frames with an image and a small text. At the beginning of each chapter, there is a double page with a summary and a plan.
For the first time, a valuation of the Heritage of the palace complex and its landscape has been made in this Official Guide, which commences with the explanation of the geographical setting and the relation between the Alhambra and Granada city. Then, the text follows the tour through the most significant places: the Alhambra, the Access ways to the Alhambra complex, the Palace of Charles V, the Alcazaba, the Nasrid Palaces, the Promenade of the Towers, the Medina, the Generalife and the Acequia del Sultán and the lost palaces. Finally, two theoretical chapters are included. The first one explains some architectural and decorative keys that help understanding the Nasrid Alhambra, and the second one offers information on the historical events occurred within the Alhambra in the course of time, as well as a series of graphics showing the different Nasrid and other contemporary dynasties’ reigns.
The Annex offer the reader a selection of historical figures with regard to the Alhambra, a name index with the names of all figures mentioned in the guide, a glossary of technical terms and a small bibliography selection for the traveller who wants to know more about the Alhambra.