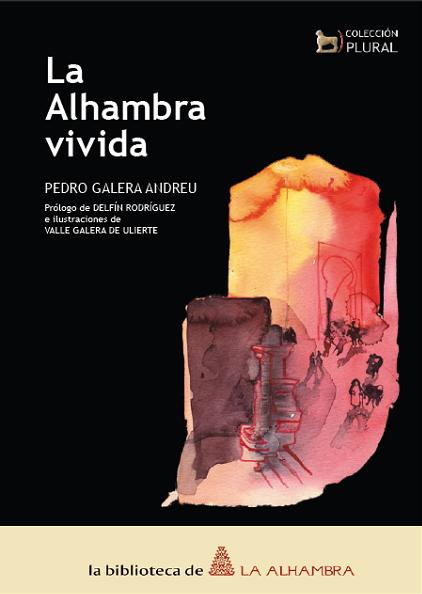 La Alhambra vivida, by Pedro Galera Andreu, one of Spain’s foremost art historians, is the title of the newest book in the Alhambra Library’s Plural collection, published by Patronato de la Alhambra y Generalife (PAG) and Tinta Blanca Editor.
Historians, writers, travellers and artists have often wondered how the Alhambra, so dazzling and yet so fragile, has been able to resist the passage of time. In this book, Galera maintains that it is still standing because it has always been lived in, loved, praised and envied.
The pages of the book are alive with the many men and women who have lived in the Alhambra from the Christian conquest down through the ages. Liberally sprinkled with fascinating new anecdotes, the book is an open door into the grandeur, misery and weaknesses of its peoples, apart from a paean to its monumental and artistic value.
“Who hasn’t wanted to live in the Alhambra at some time or another?” asks the author. With a prologue by Professor Delfín Rodríguez and illustrations by Valle Galera de Ulierte, Galera Andreu insists, “As an historian, I have always been interested in the unparalleled emperor’s renaissance palace, where he never actually lived. However, I am also very drawn by the seduction exerted by the Alhambra over the romantic artists who did live there. Between these two extremes, I found I was discovering the intensity of life at the site from the 16th to the 20th centuries, from the Tendilla family’s unrealised dream of making it the effective royal residence, to its occupation by the people, with all the bustle of a true city”.
The new book joins others published in the Plural series by PAG and Tinta Blanca Editor. First in the series was La Alhambra. El lugar y el visitante, by Victoria Eugenia Chamorro, general secretary of the PAG. This was followed by La Alhambra. Estructura y paisaje, by architect Pedro Salmerón, La Alhambra que fascinó a los románticos by historian Cristina Viñes, La voz de la Alhambra by Arabist Emilio de Santiago, and Washington Irving’s Letters from the Alhambra, compiled and with notes by Antonio Garnica.
Forthcoming titles in the Plural series include Herido por el agua. García Lorca y la Alhambra, by journalist Antonio Ramos Espejo.
Manuel Mateo, director, Tinta Blanca Editor.