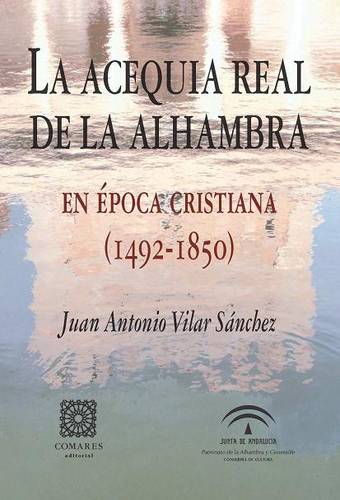 For seven centuries, the Royal Water Channel (Acequia Real de la Alhambra, or Acequia del Rey) was the umbilical cord that brought life to the Alhambra and its gardens. Water from the Royal Channel transformed the dry desert hills into lush forests and exuberant gardens, creating a green oasis at an astonishing height.

Water, at times trickling and babbling, at times lying quietly in ponds, pools and tanks, exalted the refined palaces of the Alhambra, enrapturing the senses, refreshing the atmosphere, bringing its sweet scent, its music and its reflections, magnifying the beauty of the Alhambra. The final stages of the channel also watered a series of villa gardens on the heights of the Asabica, Ahabul and Mauror hills, vantage points over the plain and the Sierra Nevada.

Before greed and speculation finally do away with its memory, La Acequia Real de la Alhambra aims to leave an accurate record of its route, institutions, ordinances, servants and beneficiaries, leaving the door open for other works that will help to recover the memory of its past splendour.

Juan Antonio Vilar Sánchez is a doctor in History and works as a heritage guide in Granada and the Alhambra. He has written several monographs, articles and other works on the Christian history of the Kingdom of Granada and of the Alhambra.