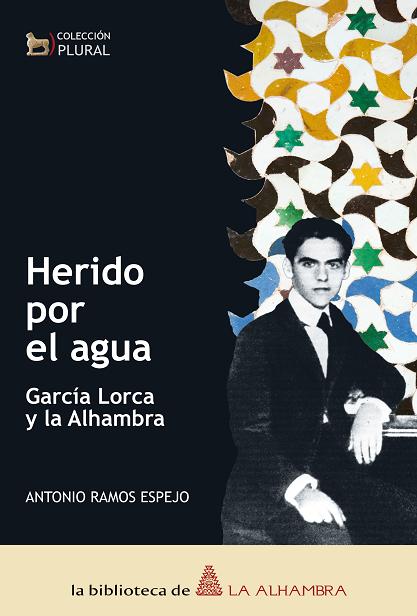 Herido por el Agua tells the story of the extraordinary relationship between Federico García Lorca and the Alhambra, a constant source of inspiration for the poet.

Written by Antonio Ramos Espejo, a leading expert on the life and work of Lorca, Herido por el agua is a compendium of kings and princes, travellers and writers, artists and musicians, friends and relations, all “sons of the Alhambra”, past and present. The book also analyses Lorca’s influence on artists such as Manuel de Falla, Juan Ramón Jiménez, Manuel Ángeles Ortiz, Rafael Alberti, Gerald Brenan, Carlos Cano, Enrique Morente and Leonard Cohen.

According to Ramos Espejo, Lorca “inundated my life as a reporter, from start to finish. I have been to the Alhambra many times, but never with such a burning desire to understand the mark left by Lorca. This led me to a better understanding of his birth in Fuente Vaqueros, and the places where he lived his final hours. And it seemed to me that, from the perspective of our times, the poet’s hand trailing in the Pond of the Alhambra had left a mark thereafter on all water, springs, rivers and seas, revealing the wound of the child from the cold spring. When the poet dies, it is like nature itself is crying out. The waters were waiting by to witness his destiny, like a constant fugitive, foretelling that his death sentence would be executed when the poets of the universe could proclaim that, as Antonio Machado had commanded, a monument to Lorca had been carved at the Alhambra, over a spring of grieving water.