Towers of the Alhambra, a new game of skill and strategy 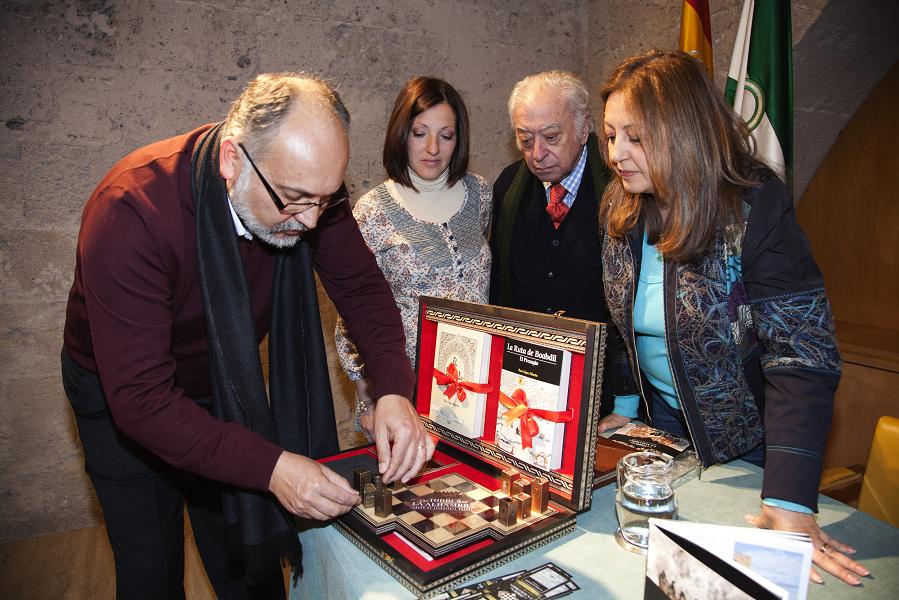 Towers of the Alhambra, a new game of skill and strategy, has been presented by Patronato de la Alhambra y Generalife (PAG) in the Palace of Carlos V. A fun, instructive, educational tool, the game can be acquired at the Alhambra Gift and Book Shops and from www.alhambratienda.es.

This morning, Patronato de la Alhambra y Generalife general director María del Mar Villafanca, along with the game’s inventor, Paco López; Tico Medina, journalist and official chronicler of Granada; and educational psychologist Susana Pérez Medialdea, presented the game in the Palace of Carlos V. It is a two-player game, played on an inlaid board with 35 squares.

The set also includes a study on the towers of the Alhambra, written by Paco López with the support of PAG archaeology advisor Jesús Bermúdez. The study comes in Spanish, English and French, and contains history, anecdotes and legends concerning the towers. The set is completed with a DVD containing the game instructions, also in three languages.

According to Villafranca, Towers of the Alhambra is not just any game. “It is also a collector’s item, and great care has gone into every detail”. Several professionals were involved in creating the pieces, including Granadan sculptor Juan Manuel Gabarrón, who designed the miniature towers, and marquetarian Tomás Lara Bimbela.

Table games, were popular in mediaeval courts, particularly chess. Chess is a game of strategy based on the battlefield, and requires great skill and intelligence. The game was introduced into Spain by the Muslims, although the name comes from a Persian word.