The School of the Alhambra sets out on its academic journey with an International Seminar on the Myth of al-Andalus. 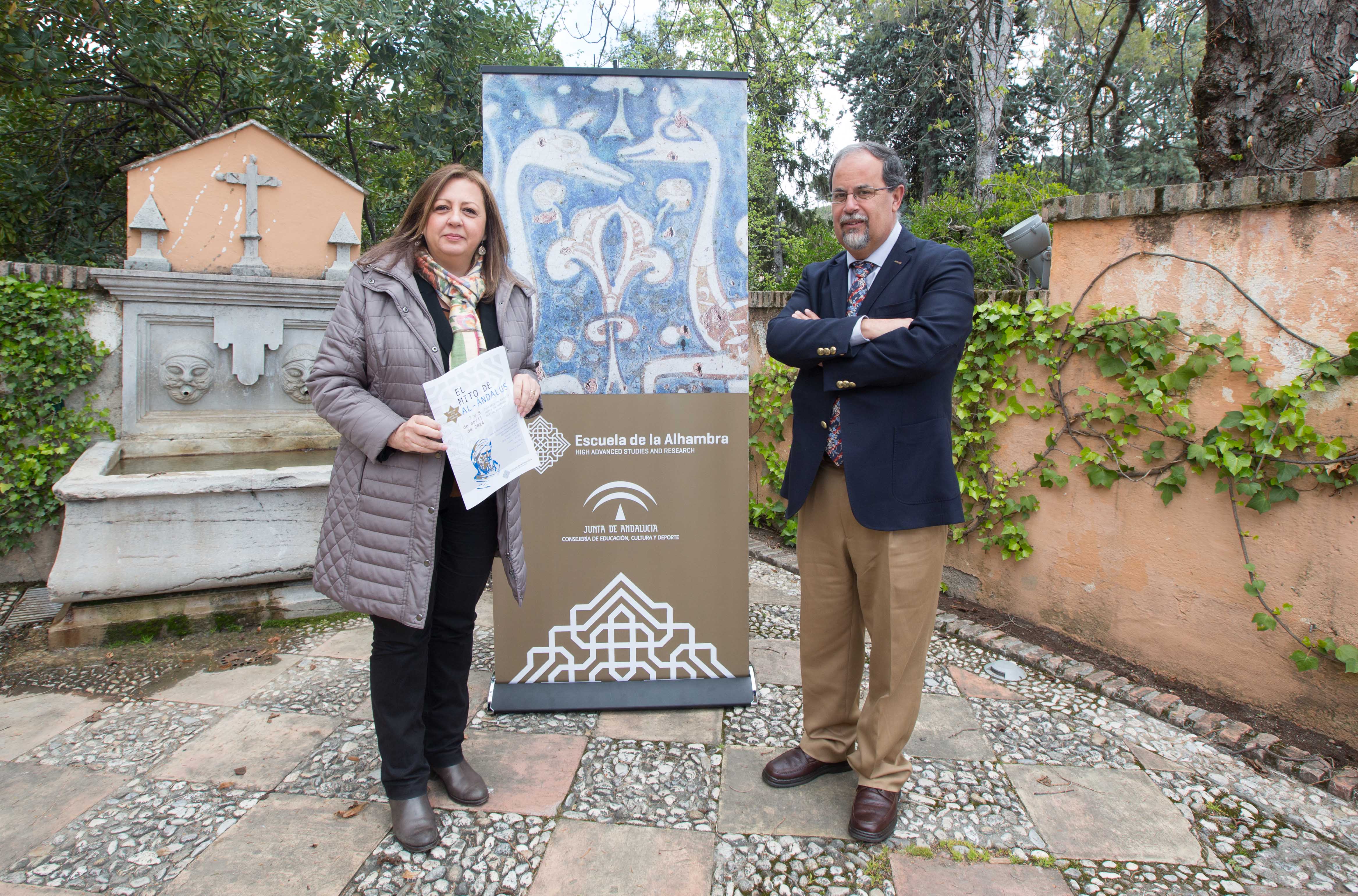 The course, for which the enrolment period is now open, will be held on the 7th and 8th April in the Palace of Charles V and those attending may obtain 5 ECTS credits...

The School of the Alhambra begins its academic life with an International Seminar on the Myth of al-Ándalus, organized by José Antonio González Alcantud, Professor of Social Anthropology at the University of Granada (UGR). The course will be held on the 7th and 8th April and the enrolment period is now open.
Those interested in signing up for the International Seminar, for which 5 ECTS credits can be obtained, may do so by email to escueladelaalhambra.pag@juntadeandalucia.es  and cursos@fundacionugrempresa.es or through the websites www.escueladealaalhambra.es and www.fundacionugrempresa.es . The registration fee is 50 euros and there are a maximum of 74 places.
For two days specialists, researchers and university professors will be debating some of the key social, cultural and political factors required to clarify the myth of al-Ándalus. In this Seminar, “the Alhambra will be part of the myth of al-Ándalus and will play a leading role in the debate in which we seek to unravel the moral nature of the myth with the Alhambra as a backdrop”, Villafranca explained.
For his part, José Antonio González Alcantud, the Academic Director of the International Seminar explained that “the world of al-Ándalus is rarely out of the news perhaps because it evokes a harmonious world that was highly praised by the Romantic writers. This Seminar will allow us to continue thinking about Andalusia, Spain and Europe as a whole”.
The seminar will begin on Monday 7th April with a lecture by Gabriel Martínez-Gross, from the University of Nanterre (Paris), about the birth of the myth of al-Andalus, a question that is more Spanish than perhaps one would imagine. He will be followed by the Head of the Guimet Mueseum in Paris, Sophie Makariou, who will explain al-Andalus as seen through the Islamic Arts section of the Louvre Museum.
In the afternoon, Emilio González Ferrín, a lecturer at the University of Seville will be talking about ‘Theological extremism in al-Andalus according to Ibn Hazm’, while José Miguel Puerta Vílchez, lecturer in History of Art at the University of Granada (UGR), will be explaining the idealisation of al-Andalus in the historical Andalusians. He will be followed by Ali Benmakhlouf, a researcher from the University of Paris-Creteuil, who will
be giving a talk entitled ‘Avempace and Averroes: Andalusian philosophy’, and André Stoll, from the University of Bielefeld in Germany, who will be discussing the ‘Enduring al-Andalus of Cervantes’.
The living myth of al-Andalus will be the main focus of debate on Tuesday 8th March, in the session coordinated by Ignacio Henares Cuéllar, Professor of History of Art at the UGR. The session will be opened by Professor Emilio Sola from the University of Alcalá de Henares with a lecture on the Mediterranean frontier in the Modern Age and the myth of al-Andalus.
For her part, Sandra Rojo, an Anthropology lecturer from the University of Granada will be analysing the ‘Ethnographies of the Andalusian’; Eric Calderwood, a professor from the University of Michigan-Ann Arbor, will be lecturing on ‘The intervention of al-Andalus: the uses of the Andalusian past in the modern Mediterranean culture’ and Abdelmajid Benjelloun, from the Mohammed V University in Rabat (Morocco), will be focusing on ‘Hassan the Andalusian: a literary essay on the interpretation of a myth’. The morning session will finish with a talk by Ismael Diadé Haidara, from the Fondo Kati (al-Andalus Library from Timbuktu), about the mythical al-Ándalus in the history of Timbuktu.
The dilettante romanticisms and utilitarian post-Romanticisms of the myth of al-Andalus will be the central theme of the session prepared by Professor González Alcantud, while Abadía Saaf, from the Mohammed V University in Rabat (Morocco), will the analysing the dimensions of the myth of al-Andalus in the current Moroccan political discourse.
The third session of the International seminar, which will be coordinated by Antonio Malpica Cuello, Professor of Medieval History at the University of Granada, will focus on the material aspects of the myth of al-Andalus. Juan Calatrava, Professor of History of Architecture at the UGR Architecture School will be analysing the myth of al-Andalus in the historical construction of architecture and the Director of the Council of the Alhambra and Generalife, María del Mar Villafranca, will bring the symposium to a close with a talk entitled  ‘The Alhambra: between fantasy and fascination’.
For more information, please visit www.fundacionugrempresa.es
www.escueladelaalhambra.es
www.fundacionugrempresa.es