The Rodríguez-Acosta Foundation enters a new phase with a broadening of its range of cultural activities, including public visits 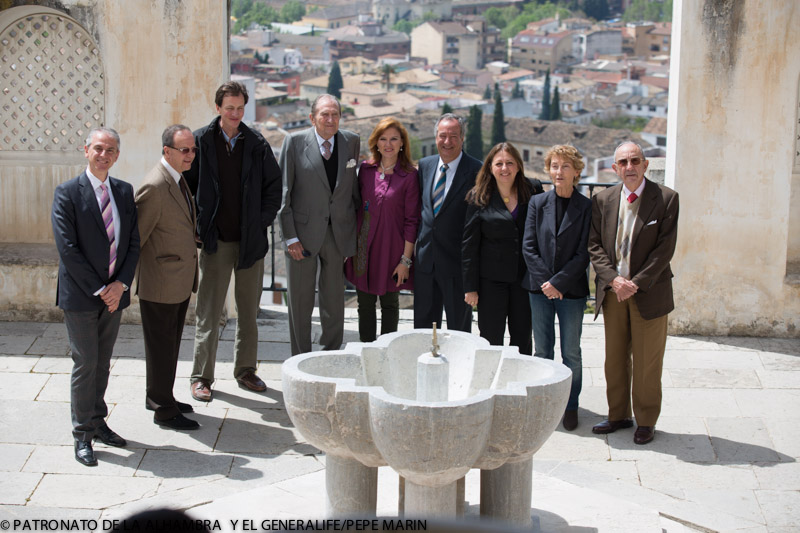 After the recent incorporation of the Ministry of Culture and Sport of the Regional Government, acting through the Council of the Alhambra and Generalife, and the approval of the programme of events for 2013.

The incorporation of the Ministry of Culture and Sport of the Regional Government, acting through the Council of the Alhambra and Generalife into the Rodríguez-Acosta Foundation is now “a reality” and has produced “its first fruits”, opinions expressed this morning by the Director of the Alhambra and Vice-President of the Foundation, María del Mar Villafranca, and the President of the Foundation, the artist, Miguel Rodríguez-Acosta, after a meeting of the Governing Board, in which it was agreed that the Regional Government’s entry into the Foundation will ensure “its conservation, cultural activities and its future”.
During the meeting, the Board approved the annual report and the liquidation of the Budget for 2012, and the programme of activities and the Budget for the Foundation for 2013, which comes to 609,600 euros, of which 341,000 euros come from public funds provided by the Regional Government, which are part of the annual budget for the Council of the Alhambra and Generalife, which is also providing other material and human resources.
New activities for this year include an open day with free, guided visits to the different spaces scheduled for 18th and 19th May, to coincide with International Museum Day, for all those people who would like to discover at first hand the Foundation’s headquarters, in a Carmen (typical Granada villa) declared a National Monument in 1973, which houses the legacies of the artist, José María Rodríguez-Acosta and of the Gómez Moreno family since 1941. Those interested in participating in this event must sign up at www.fundacionrodriguezacosta.com. There are a limited number of tickets, so you must book early. Another event planned for International Museum Day will be a tweet-in for users of the popular social network.
Opening to the public is one of the “most important challenges” facing the foundation in this new phase, in which the Regional Government of Andalusia has joined its Governing Board. Before the house can be opened to the public, it must be extensively restored. The first phase of the project has already begun, with work on the gardens and ornamental pieces such as fountains and sculptures.
María del Mar Villafranca has also announced that the Alhambra will include a joint entrance package with the Fundación Rodríguez-Acosta and that other types of visit will also be arranged: The Full Tour, which will include the Carmen or Studio of the painter José María Rodríguez-Acosta; Gardens; Subterranean galleries and the Museum of the Gómez Moreno Institute. All of these visits will begin in the middle of June.
In order to bring heritage and culture to a wider public, two new exhibitions will be inaugurated next year: one in October about the sculptor Juan Cristóbal (1897-1961) from Almería organized in collaboration with the Council of the Alhambra and Generalife, which will be held in the Palace of Charles V; and the other scheduled for January with Unpublished masterpieces of the Rodríguez-Acosta Foundation.
From now on the new Governing Board of the Foundation will have a President, Miguel Rodríguez-Acosta, and a Vice-President, María del Mar Villafranca, and 5 honorary patrons: the Minister of Culture and Sport of the Regional Government, Luciano Alonso; the Rector of the University of Granada, Francisco González-Lodeiro; the Chairman of CajaGranada, Antonio Jara, and the former Director-General of Unesco, Federico Mayor Zaragoza, who will be a lifetime patron.