The Rodríguez-Acosta Foundation consolidates its cultural programme, increases the number of visitors and launches a friendship, sponsorship and public participation scheme. 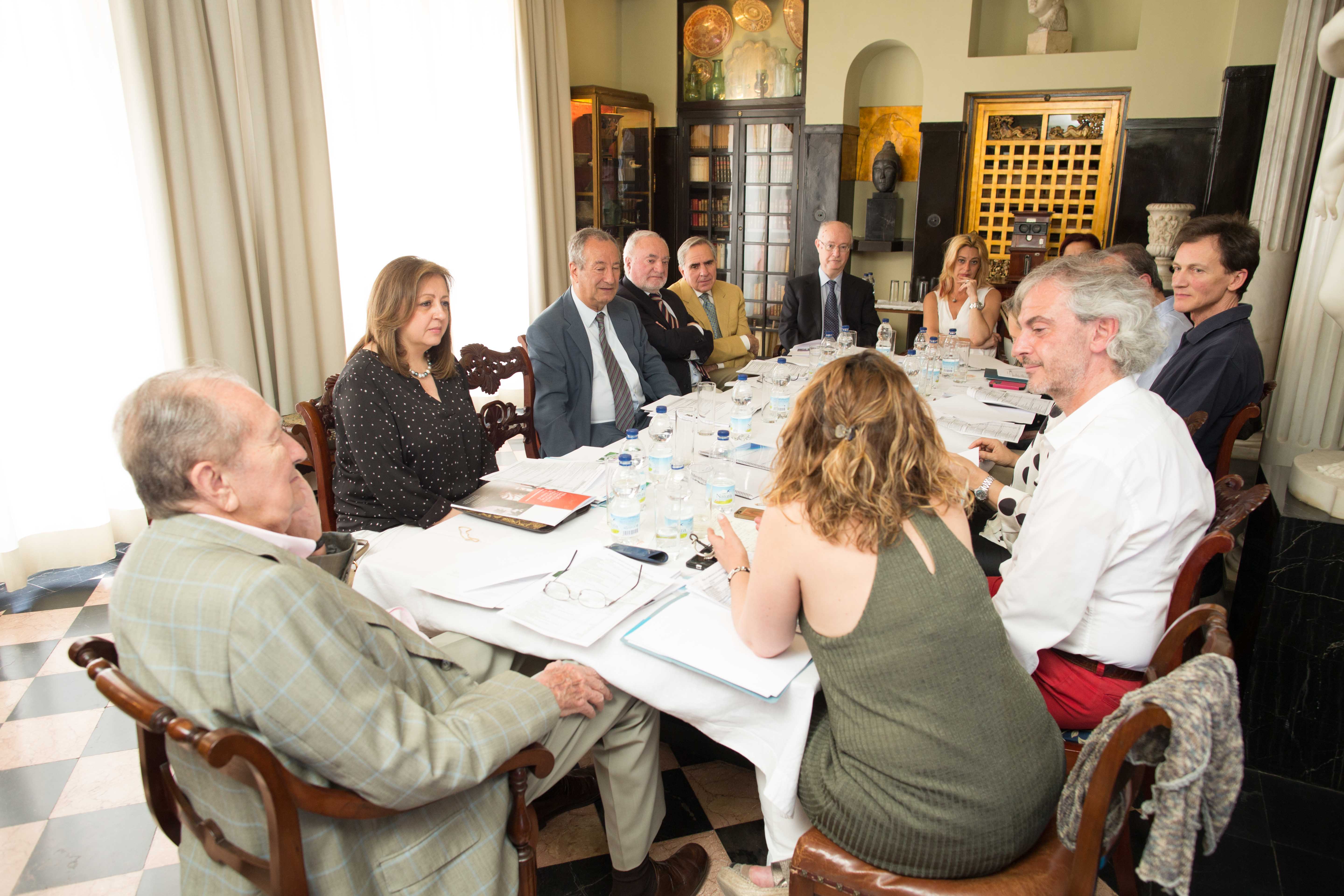 A meeting was held today of the Board of the Foundation, which has approved the programme of activities for 2015 in which the artists’ residence will be renovated.

The Rodríguez-Acosta Foundation has consolidated its cultural programme, increased the number of visitors to a total of 12,648 in 2014 and launched a friendship, sponsorship and participation scheme, as a means of boosting support for its artistic, cultural and scientific projects.
These were the main new items presented at the meeting of the full Board of the Foundation held this morning in which the annual report and budget statement for 2014 were also approved. The meeting also gave the green light to the programme of activities and the budget for 2015, which comes to 490,000 euros, of which 341,000 euros comes from the public subsidy from the Regional Government of Andalusia included within the annual budget for the Council of the Alhambra and Generalife. In addition during this year, work is scheduled on the restoration and refitting of the artists’ residence, a project to which the Council of the Alhambra and Generalife contributed the sum of €166,000 in 2014 together with other human and material resources.
In her speech, Montserrat de los Reyes, the Vice Minister of Education, Culture and Sport of the Regional Government of Andalusia, who chaired the meeting alongside the President of the Rodríguez-Acosta Foundation, the artist Miguel Rodríguez-Acosta, also claimed that the Friend Card will help “create new links with visitors and share experiences, feelings and information”.
Those interested in obtaining a Friend Card from the Rodríguez-Acosta Foundation can sign up for various different types depending on the contribution they would like to make, from as little as €15 to €1000 depending on the different categories (junior, young person, pensioner, individual, families, supporter, benefactor and protector). There is also a specific section aimed at companies and institutions with annual contributions from €5000 for sponsors to €10,000 a year for Patrons.
Regardless of the amount of their donation, Friend Card holders will obtain a variety of special benefits ranging from exclusive visits to the Foundation, participation in different activities, discounts at the Foundation shop and invitations to special events organized at the Foundation.
According to María del Mar Villafranca, the Director of the Council of the Alhambra and Generalife and Vice-President of the Rodríguez-Acosta Foundation, the Friend Card will encourage “links with people, families, companies and institutions who have chosen the friendship scheme as a means of making a personal or corporate commitment to today’s society, a way of reaching out to young people and getting them interested in Heritage”.
De los Reyes also emphasized the importance of finding new ways of funding, such as crowd funding (mass funding of creative projects): “more and more projects are being developed using this method, a revolutionary source of funding”.
In her speech, Montserrat de los Reyes said that she was “very satisfied” with the increase in the number of visitors which came to 12,648 people in 2014. It is difficult to compare this figure with that for 2013 in which the house was only open to the public from August to December during which time it received 3,135 visitors.
The Rodríguez-Acosta Foundation on Museum Day
The Fundación Rodríguez-Acosta Foundation has organized an extensive programme of events to mark International Museum Day to be held on Sunday, 17 May. There will be three visits to the museum of the Gómez Moreno Institute (at 10:30, 11:30 and 12:30), in which visitors will see new pieces from the Institute’s collection which have now been added to the museum and which accompany the recently restored silver crucifix by Michelangelo. Javier Moya Morales, the curator of the institution will be leading the visits.
At 12:00 h, we will be holding “the family visit”, with a maximum capacity of 20 people which will follow a special route through the library and the towers of the Foundation and will end with a stroll through the garden and a final roundup in which participants can stick up cards, messages and drawings about their visit to the Courtyard of Psyche.
Those interested in taking part in these activities, must book their tickets in advance at the Corral del Carbón, in Calle Mariana Pineda s/n in Granada.
The Rodríguez-Acosta Foundation was created in 1941 as part of the estate left by the painter José María Rodríguez-Acosta. The offices of the foundation are in Granada in a Carmen constructed by the founder between 1960 and 1930 alongside the Torres Bermejas and very close to the Alhambra. Its objectives include the promotion and dissemination of culture, a job which it performs through its cultural programmes: offering grants to artists studying fine arts, competitions, exhibitions, lectures, seminars, recitals and publications specialising in research on Andalusia and Granada.
The Rodríguez-Acosta Foundation has enlarged its collections of art-works and documents with various donations, including a large gift from the Gómez-Moreno family in 1973, which led to the creation of the Institute with the same name.
www.fundacionrodriguezacosta.com