The researcher Miguel Ruiz de Almodóvar discusses the monument to Angel Ganivet in the Wood of the Alhambra. 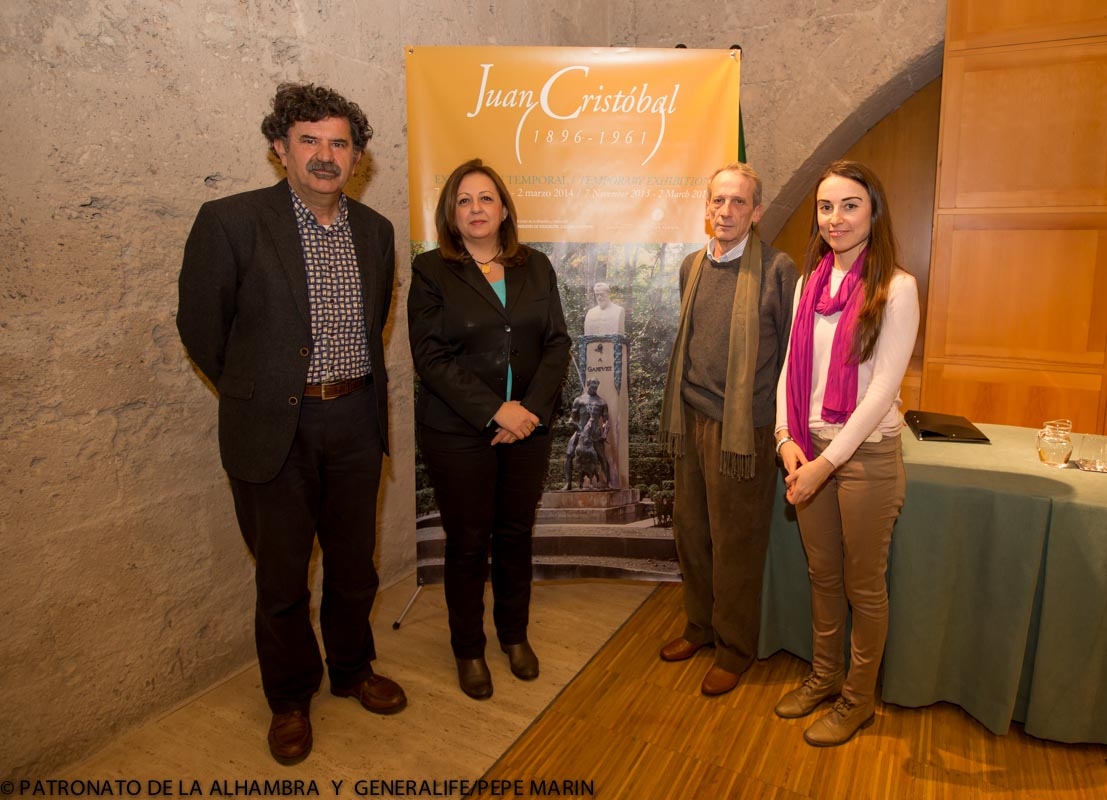 The lawyer, writer and researcher Miguel Ruiz de Almodóvar gave a lecture at the Palace of Charles V about the sculpture erected in the Wood of the Alhambra as a tribute to the writer and diplomat from Granada, Ángel Ganivet (1865-1898). The sculpture is the work of the Andalusian sculptor, Juan Cristóbal (1896-1961).

Attending the lecture were the Director of the Council of the Alhambra and Generalife, María del Mar Villafranca, and the son of the sculptor, Juan Cristóbal, who said that he felt “greatly moved” and thanked the organizers for this tribute to his father. The exhibition of his father’s work, held in two sites at the Granada Fine Arts Museum on the first floor of the Palace of Charles V and the Rodríguez-Acosta Foundation on the same hill as the Alhambra, will be closing on 2 March. This lecture served as a high note on which to bring the exhibition to a close.

The exhibition brought together 60 sculptures as well as drawings and interesting documents. Most of the pieces were selected from Juan Cristóbal’s family’s own collection, normally on display in the Palace of Villena (also known as the Palace of the Condestable Álvaro de Luna or of the Marquis of Villena), in Cadalso de los Vidrios, a village near Madrid. When the sculptor bought this palace, it was in a state of ruin, and he spent the rest of his life restoring it. The other pieces are from a wide variety of sources, from both public and private collections.

The exhibition also includes works by other artists, above all painters, whose works evoke different phases in the long career of the artist, contexts characterized by his artistic apprenticeship, coincidence in terms of aesthetics or subject matter, and friendship. These works also capture moments or phases of 20th century Spanish culture, a brief tour through the biography and career of Juan Cristóbal that enables us to establish an idea of the definitive discourse of the exhibition.