The Regional Minister of Culture presents the exhibition ‘Zuloaga and Falla, a story of friendship’ at the Alhambra 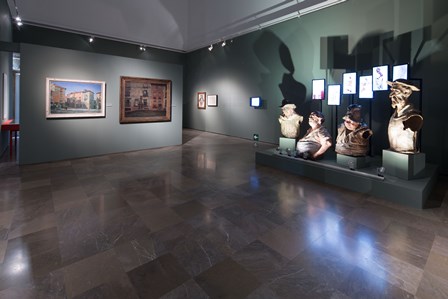