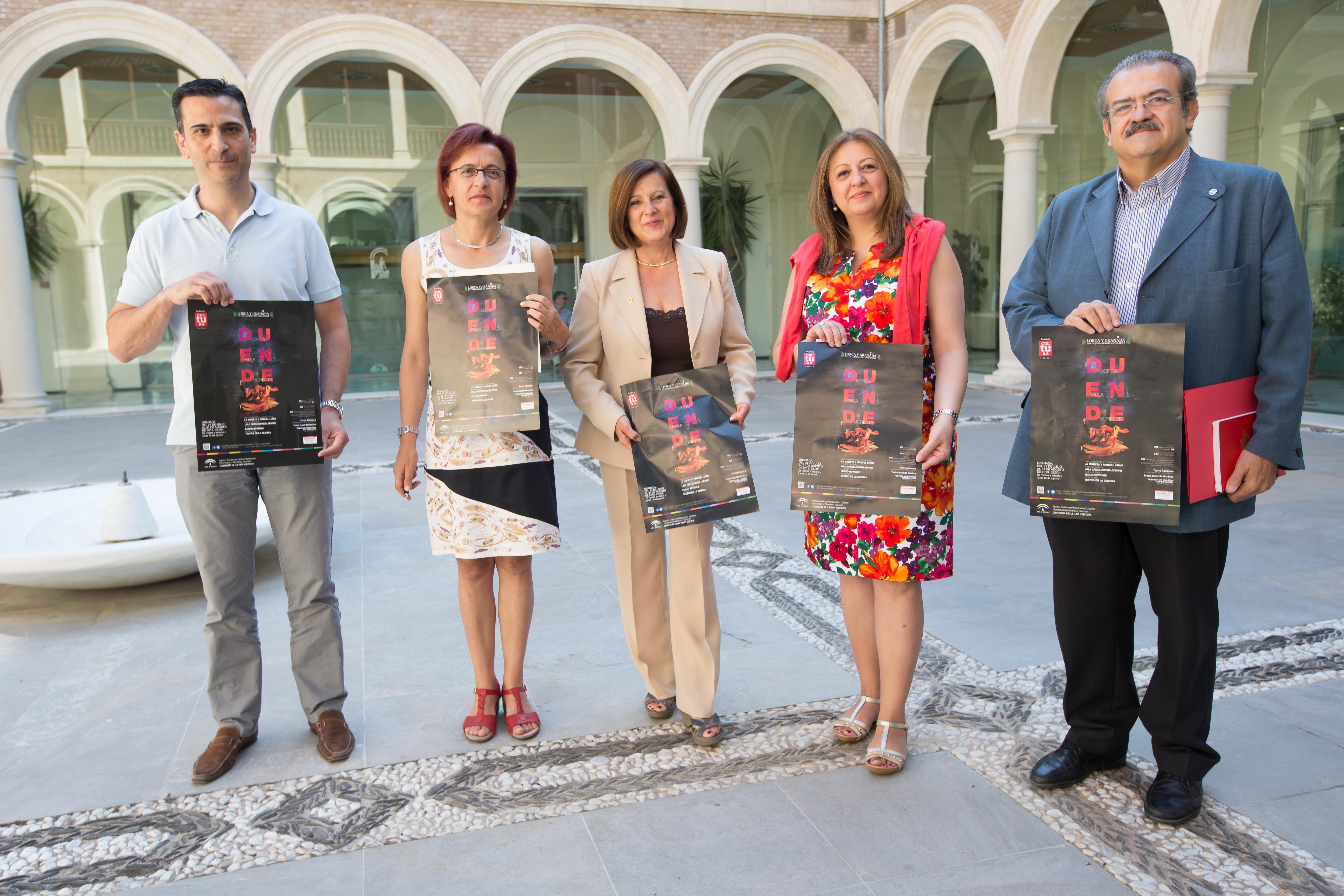 The Delegate of the Regional Government, María José Sánchez Rubio, has presented the agreement reached with the Provincial Hotel, Catering and Tourism Federation by which the Regional Government of Andalusia offers the possibility of buying advance tickets for the show Duende, this year’s offering in the Lorca and Granada programme, which will be on at the theatre in the Generalife from 23rd July to 31st August.
According to the agreement, the different hotel establishments that sign the agreement will be entitled to buy tickets for the show at a reduced price for their guests by means of an advance purchase procedure, which will enable them to offer tourists packages based on nights at the hotel together with a ticket for the show at very competitive prices.
“We are very satisfied with this initiative” said
Sánchez Rubio, for whom the show, which is due to begin next week “will be successful in artistic terms due to its high quality, and also in a commercial sense as a result of the tourism it attracts to the city of Granada”.

The presentation was also attended by the Director of the Council of the Alhambra and Generalife, María del Mar Villafranca; the Delegate of Education, Culture and Sport, Ana Gámez, the Coordinator of the Lorca and Granada programme, Mariano Sánchez, and the President of the Hotel, Catering and Tourism Federation, Carlos Navarro, who highlighted the “importance of the culture-tourism and culture-Alhambra tandems, which are always a guarantee of success. These kind of shows are vital in Granada, especially in the summer, which is low season, because they help to sell the city by providing quality content to the cultural attractions  offered to the people who come to visit us”.
More than 50 hotels have taken advantage of this deal, which was available to the whole sector. This year the packages offered to tourists include Bed and Breakfast and a ticket to the show at a very competitive price, sometimes with attractive discounts for a second night at the hotel. In addition, the travel agencies have found an interesting business niche in organizing groups of people to attend shows, concerts etc, a business sector that is growing.
Other related sectors such as restaurants, taxis, chartered coaches etc will also benefit from this project. In short “the Lorca and Granada cycle is meeting the objectives for which it was created, namely to give the city a range of cultural activities for local people and visitors, which would contribute to the development of tourism and the economy in the city and the province” said the Delegate of the Regional Government of Andalusia.