The New Renaissance in Europe meets at the Alhambra 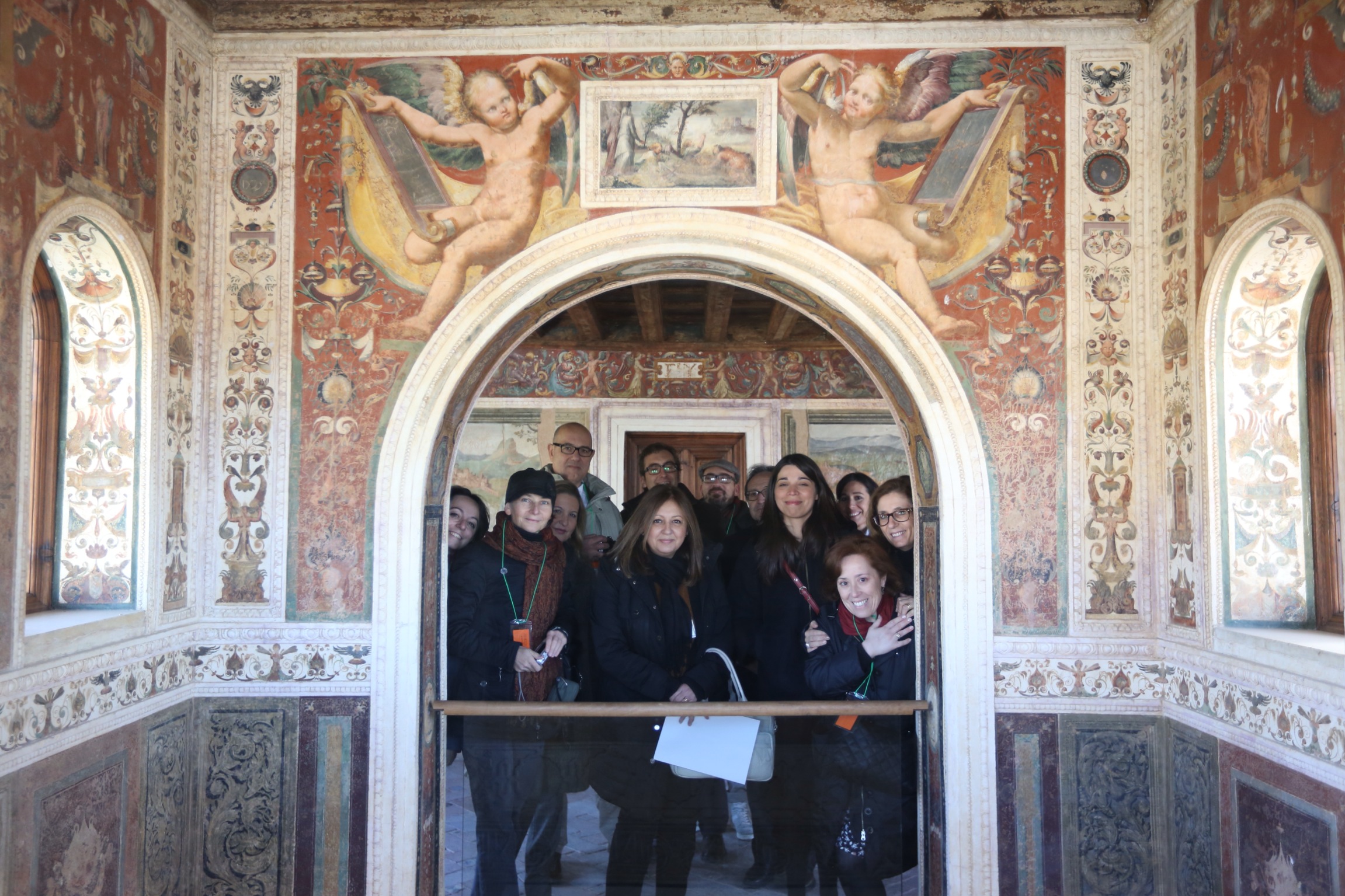 The New Renaissance in Europe took its first steps this morning in the Palace of Charles V with the presentation of the RenEU project...

The New Renaissance in Europe took its first steps this morning in the Palace of Charles V with the presentation of the RenEU project. This initiative which is spearheaded by the Italian region of Tuscany also enjoys the support of the Council of the Alhambra and Generalife, the Villa Decius Association (Poland), Setepés (Portugal) and the National Museum of the Renaissance (France). The main objective will be the creation of a tourist network which will interconnect cultural experiences and promote our shared European past. The project also intends to create a lexicon, which will help to identify the values that characterized this period.
In her speech, the Director of the Council of the Alhambra and Generalife, María del Mar Villafranca, welcomed the representatives of the different institutions taking part in the Project, including Susana Marques (Portugal) and Katarzyna Trojanowska (Poland), and stated that initiatives such as the RenEU project “enable us to promote our common European past thereby allowing us to better understand our present as citizens of Europe”.

With a budget of €345,000 the RenEU project, which falls within the Culture 2007-2013 programme of the Education, Audiovisual and Culture Executive Agency (EACEA), will be divided into three phases which will be implemented until 2015 and will conclude with the integration of the various itineraries into a European network of the New Renaissance by means of a web tool which will connect them.
As a first step three of the partners have already organized itineraries relating to the Renaissance namely the Tuscany region, the Alhambra and the National Museum of the Renaissance in France.
The route proposed by the Tuscany region is entitled “The irrelevant cultural heritage of European cities: in the footsteps of Machiavelli”. This route will include visits to key historic palaces and gardens in Florence, such as the Palazzo Medici Riccardi, the Palazzo Pitti, etc., and will enable the visitor to “explore a route that follows the path of Machiavelli and his influence on the Renaissance”. The route will be aimed at students and local residents in order to improve cultural capacity in the area and to broaden the sense of identity which characterizes the different territories through Europe” explained Bruno Ravenni, the representative of this Italian institution.

The Alhambra and Granada: the Dream of an Emperor is the itinerary included by the Alhambra in its programme of visits to the surrounding urban and rural landscape, set up a number of years ago and which follows a trail through Renaissance buildings or rooms commissioned by Charles V.

The National Museum of the Renaissance in France has chosen as its protagonist King Francis I, whose 32-year reign left an important mark on the history of France. At present the three French routes (lle-deFrance, Carente and Val de Lorie) follow landmarks in the life of the King. The itinerary will provide added value to the project “as there is a possibility of connecting these French itineraries with the general context of the Renaissance in Europe”.

Poland and Portugal presented their proposals for itineraries within the RenEU project yesterday in the Palace of Charles V. The Polish proposal is entitled Florence-Krakow two capitals of supreme importance. The Renaissance route in Malopolska and will focus on the historic and cultural aspects of the Renaissance in Poland, by visiting places such as the Wawel Royal Castle, the Sigismund Chapel, the Dominican church and Villa Decius Palace and Park Complex in Krakow, among others.

The fifth itinerary in the RenEU project will be organized by the Portuguese partner Setepés, and centres on the 16th century monastery of Serra do Pilar in Oporto. According to Susana Marques the project aspires to become “the most important gateway to cultural heritage for visitors to the northern Portugal region”.