The history of the Alhambra recounted in over 200,000 pieces 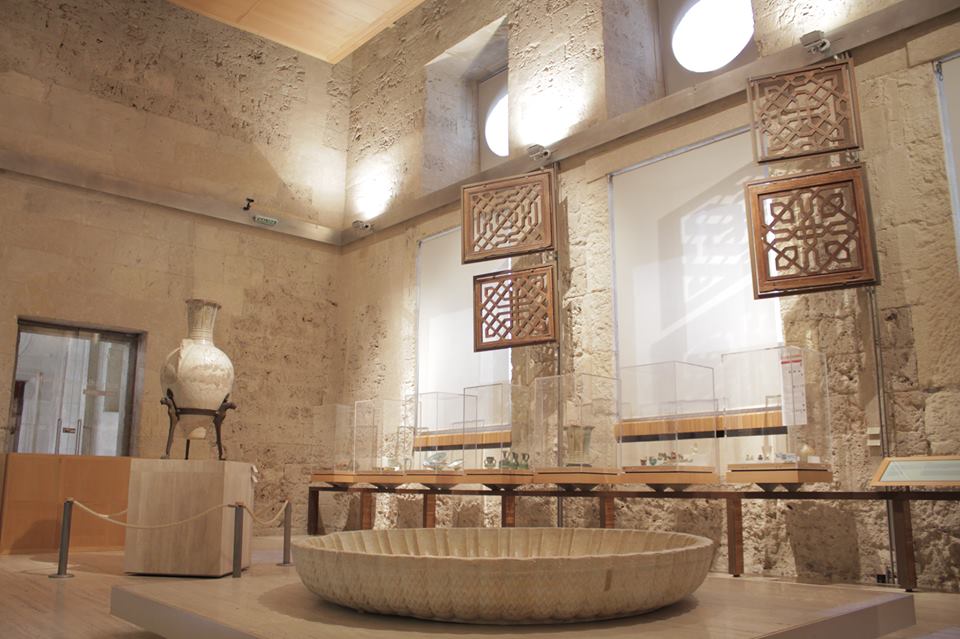 The Council of the Alhambra and Generalife is currently working on a Project for the Inventory and Cataloguing of the Museum Collection in the Museum Management and Documentation System (DOMUS) developed by the Spanish Ministry of Culture.

New pieces in plaster and stone have been added to the permanent collection of the  Museum of the Alhambra in August. Pieces such as braziers, funeral objects, architectural sources, capitals, plasterwork panels, etc all provide detailed insights into domestic, cultural and decorative aspects of life in the Nasrid world.
In August, the Council of the Alhambra and Generalife presented one of these pieces, the Caliphate Brazier, as its piece of the month. This piece has a square base and is decorated with a pretty geometric design carved in relief with floral motifs.

This Museum was created in 1942 and was known initially as the Archaeological Museum. In 1962 its name was changed to the National Museum of Hispano-Muslim Art (run by the Ministry of Culture), and in 1994 it acquired its current name, the Museum of the Alhambra, and is now managed by the Council of the Alhambra and Generalife.
The Council is currently working on a Project for the Inventory and Cataloguing of the Museum Collection in the Museum Management and Documentation System (DOMUS), which could best be described as a huge database developed by the Ministry of Culture. The prime objective of the project is to gradually add the catalogued pieces held by the Museum to the website in order to ensure that those pieces not on display to the public can reach a wider audience. It is now possible to access the permanent collection of the  Museum of the Alhambra via the Portal for Museums, Monuments and Archaeological Sites of Andalusia, and from the Alhambra’s own website, www.alhambra-patronato.es, It is also important to point out that the museum has a fantastic collection of Nasrid Art with over 200,000 pieces and fragments made of different materials and with very diverse functions. These pieces come not only from the Alhambra itself but also from other parts of al-Andalus (Granada, Malaga, Almeria, Cordoba, Toledo etc.) and the Orient (Egypt, Iran, Turkey).

The collection contains pieces not only from the Nasrid palaces but also from other palaces that no longer exist such as the Abencerrajes, Dar al-Arusa and Alijares. It also has exhibits unearthed during archaeological excavations of houses and other buildings.
The Museum occupies the South Wing of the ground floor of the Palace of Charles V and is laid out in seven rooms arranged in chronological order. Our journey through the museum allows us to put the Alhambra in context within Hispano-Muslim artistic culture, appreciate its cultural importance and discover more about its history.

For all those interested in visiting this magnificent collection, we would like to remind you that entrance to the Museum of the Alhambra is free to everyone and that it is open from Wednesdays to Saturdays from 8:30h to 21:00h and Tuesdays and Sundays from 8:30h to 14:30h.
In addition in the summertime, until 30th September, the Museum opens every Friday at night from 21:00h to 23:30h, so that you can enjoy the “Nights at the Museum”.