The gardens and courtyards of Andalusia, main features of the autumn in the Sorolla Museum in Madrid 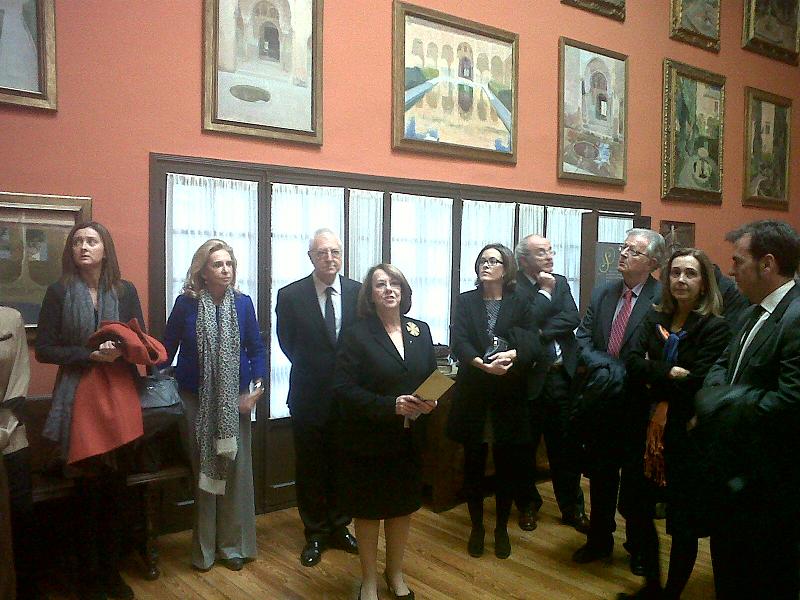 The itinerant exhibition ‘Gardens of Light’ is inaugurated today, after its successful stay in the Alhambra

The courtyards of the Alhambra and Andalusia will be the principal features of the autumn in the Sorolla Museum in Madrid, with the opening of Gardens of Light, exhibiting works by the Valencian painter Joaquín Sorolla (1863-1923). This exhibition reaches the capital of Spain after achieving an enormous success in the Alhambra, where almost 150,000 visitors have seen it in the Museum of Fine Arts in Granada, in the Palace of Charles V. This has been considered as the great cultural event of the year in Andalusia.

The itinerant show which was organized by the Patronato de la Alhambra y Generalife together with the Sorolla Museum and Ferrara Arte, displays almost fifty paintings inspired by the Arab courtyards and by the painter’s fascination for this part of Spain following his visit there. The majority of the paintings are from the Sorolla Museum (23) and others from organizations and private collections from all over the world (22), some of which are being exhibited to the public for the first time. Sorolla. Gardens of light also includes an important number of documents, among which there are letters and photographs.

A committee of experts, Tomás Llorens, Blanca Pons-Sorolla, María López Fernández and Boye Llorens, are the curators of the exhibition that is a reconstruction of Joaquin Sorolla’s encounter with Andalusia and its ancient culture; it was his discovery of the Arab courtyards and gardens of the Alcázar of Seville and, above all of the Alhambra, in contrast with the visual impact of the white peaks of Sierra Nevada.

Sorolla. Gardens of light is divided into five sections: Earth, Water, Courtyard, Garden and the Garden of Sorolla’s house. It is focused on a crucial moment in the creative life of the painter, in the years of maturity, and on these compositions where the vegetation creating architectural forms, the marble, ceramics, the light and colours come alive as if the artist were contemplating the reflections of the water, the architectural geometry and the mosaics of the gardens.
Date: 29th October 2012 till 5th May, 2013
Venue: Sorolla Museum