The Director of the Alhambra, one of the 20 most important Spanish women in the art world. 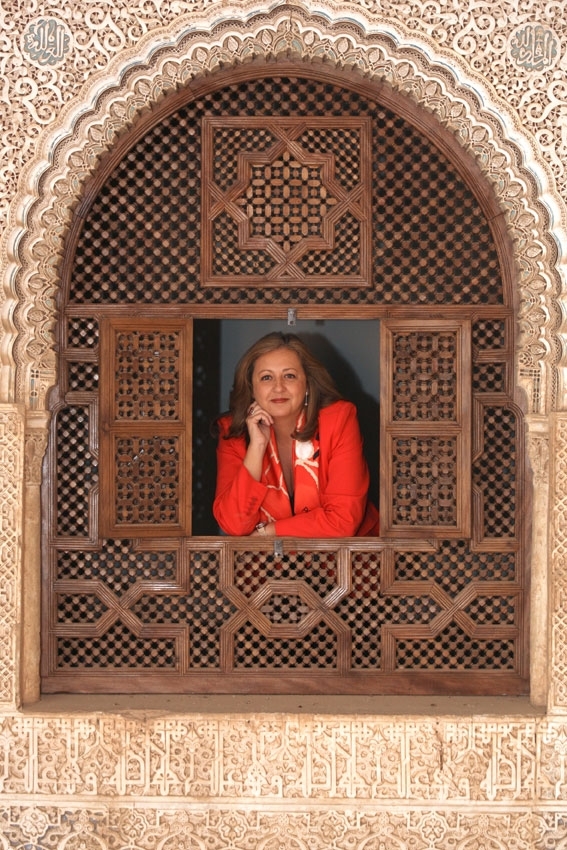 The YO DONA magazine presented the awards this morning at the ARCO Contemporary Art Fair.

The Director-General of the Council of the Alhambra and Generalife, María del Mar Villafranca, has been voted one of the 20 most influential Spanish women in the art world.  The magazine YO DONA has made a list, drawn up by a highly-regarded panel of judges, detailing the leading Spanish women in 2013. This morning Ms Villafranca picked up her award at the ARCO Contemporary Art Fair.
This is the fourth time this list has been compiled, and for the first time as well as selecting 10 well-established art world figures, they have also chosen 10 rising stars, whose talent is just beginning to be noticed.
In the section of well-established names in art, in addition to Villafranca, there is also the sculptress, Cristina Iglesias; the 20th Century art conservator at the Guggenheim, Carmen Giménez; the artist, Esther Ferrer; the sculptress, Susana Solano; the Executive-Director of the IVAM (Valencian Institute of Modern Art), Consuelo Ciscar; the Head of Conservation of 18th Century Painting and Goya at the Prado Museum in Madrid, Manuela Mena; the Director of the Elvira González Gallery in Madrid; the Director of the Jeu de Paume Museum in Paris, Marta Gili, and the sculptress and painter, Carmen Laffón.
In the rising stars section, there is Lara Almarcegui for the project for the next Biennale of Venice; the art critic, Elena Vozmediano; the Chief Curator of the Museo del Barrio in New York, Chus Martínez; the artist, Regina de Miguel; the independent curator, Tania Pardo; the artist, Paloma Polo; the curator, Katya García; the artist-contemporary landscape researcher, Teresa Solar; the owner of the Nogueras Blanchard (Barcelona) Gallery, Rebeca Blanchard, and the directors of the Travesía Cuatro Gallery in Madrid, Silvia Ortiz and Inés Lopez Quesada.
María del Mar Villafranca has a PhD in History of Art from the University of Granada and is an internationally-regarded expert in museology, cultural management and research and conservation of Historical Heritage. She has taught History of Art in Granada and at various other European universities. From 2000 to 2004, she was the Director-General of Historical Heritage Institutions of the Ministry of Culture of the Regional Government of  Andalusia. She was the chairwoman of the Andalusian Commission for Archives and Bibliographical and Documental Heritage and of the Andalusian Museums Commission, as well as various technical committees and bodies responsible for heritage management. In June 2004 she was appointed the Director-General of the Council of the Alhambra and the Generalife, a post she continues to hold today.
The jury that selected the 20 most influential Spanish women in the art world in 2013 for the YO DONA magazine was made up of the magazine’s editor, Marta Michel; the Director of the Prado Museum, Miguel Zugaza; the Director of the Guggenheim Museum in Bilbao, Juan Ignacio Vidarte; the Deputy-Director of the Reina Sofía Museum, Joao Fernandez; the Director of Exhibitions at the March Foundation, Manuel Fontán; Carlos Urroz, Director of the ARCO Contemporary Art Fair; the ex-ministers of Culture, Carmen Calvo, Ángeles González-Sinde and Pilar del Castillo, and the Head of Culture at the El Mundo newspaper, Antonio Lucas.