The creative Alhambra of Ángel Barrios 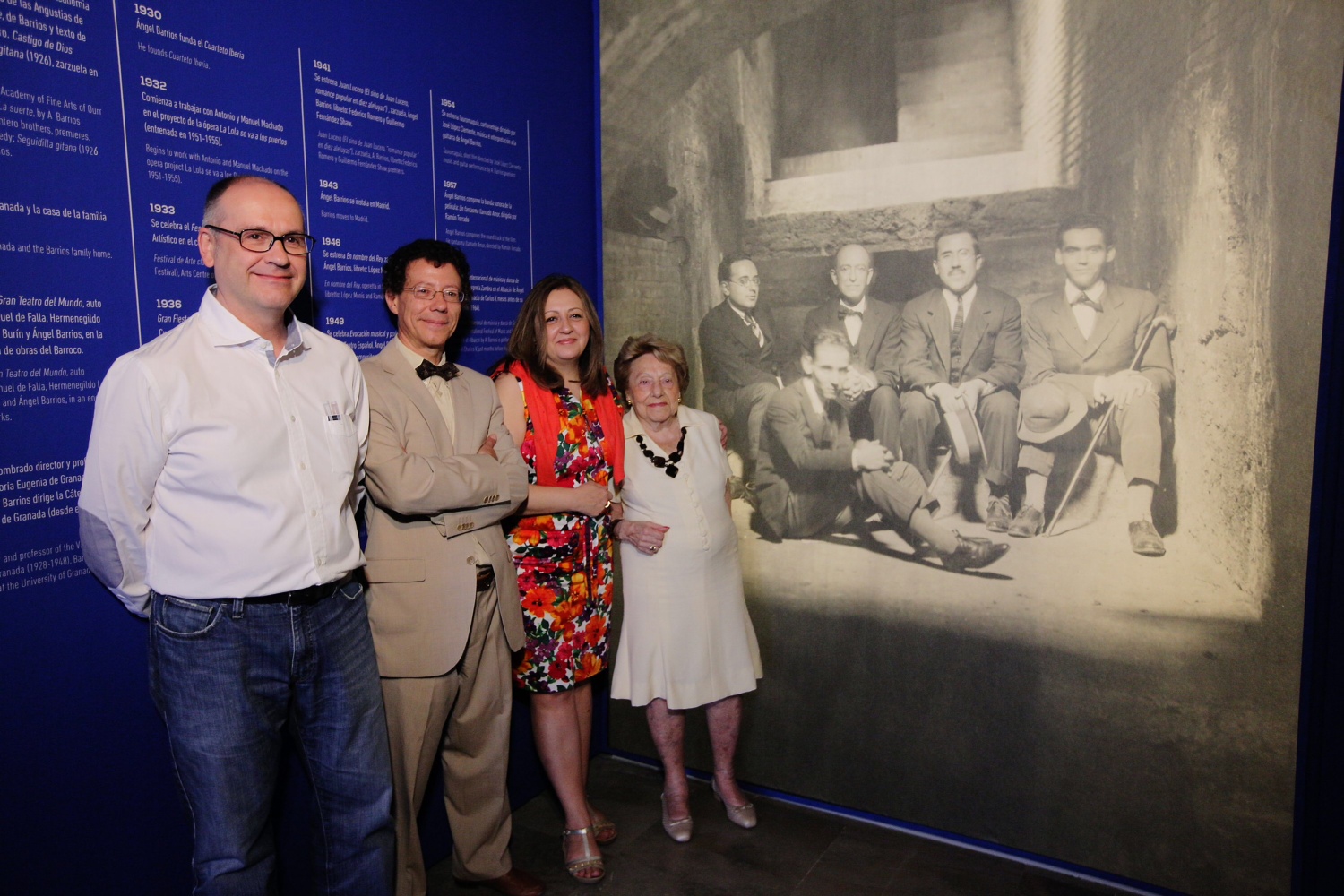 The renowned guitarist and composer Angel Barrios (1882-1964) is "returning" to the Alhambra, to the creative and musical Alhambra, to the fortress that inspired him and which he felt was his throughout his life. Now on the 50th anniversary of his death...

The renowned guitarist and composer Angel Barrios (1882-1964) is “returning” to the Alhambra, to the creative and musical Alhambra, to the fortress that inspired him and which he felt was his throughout his life. Now on the 50th anniversary of his death, the Alhambra and the Musical Documentation Centre of Andalusia have organized an exhibition paying tribute to him in the Palace of Charles V. The exhibition, which will be held in the temporary exhibition room on the upper floor of the Granada Fine Arts Museum, will trace the life and work of the artist.
In addition to the exhibition, a new edition of the record Alhambrismo sinfónico has been released with pieces by Chapí, Bretón, Monasterio & Carreras and music by the City of Granada Orchestra conducted by Juan de Udaeta. This record is part of a series called ‘Sound Documents of the Musical Heritage of Andalusia’, which is being sponsored by the Regional Ministry of Education, Culture and Sport through the Andalusian Cultural Institutions Agency with production by the Council of the Alhambra and Generalife.
This morning the Director of the Alhambra, María del Mar Villafranca, accompanied by the Director of the Musical Documentation Centre and curator of the exhibition Reynaldo Fernández inaugurated the exhibition together with the “living memory” of Angel Barrios, his daughter Angela. Emotional and full of memories, the daughter of the man who won the National Prize for Operatic Works in 1951 said that “words cannot describe how grateful I am for this tribute. My father was a very simple modest man who lived and died thinking about what he loved most, the Alhambra and Granada”.
For her part, María del Mar Villafranca, explained that “Ángel Barrios was one of the most representative figures of the Silver Age of culture in Granada. He was one of the greatest Ambassadors of the Alhambra and always tried to feel it and experience it. The new cultural ideas of that time materialized in the Alhambra in the Palace of Charles V, in the Patio de los Aljibes and in other places in and around the Alhambra palace-city”.
The exhibition is made up of almost 100 pieces and can be visited until 7 September. These pieces include much of the legacy of Ángel Barrios, which his family has loaned to the Council of the Alhambra and the Musical Documentation Centre of Andalusia. In addition to pieces bequeathed by the composer, the exhibition entitled Ángel Barrios. Creativity in the Alhambra will also have exhibits loaned by other institutions such as the National Art Museum of Catalonia, the Sorolla Museum, the Granada Fine Arts Museum, the Museum of Romanticism and the National Library, plus other works of art from private collections.
The exhibits range from original letters and scores, documents about the artist, photographs, musical instruments such as the composer’s own guitar, nickelodeon paper rolls, 78rpm records, film soundtracks and an interesting collection of stereoscope photographs on glass panels together with other inventions from the period and other works of art. These appear alongside interactive exhibits and unpublished audiovisual records in which visitors can see the composer in the company of friends and family.
For Reynaldo Fernández, the curator of the exhibition, Ángel Barrios is not only important for his musical works but “also for the ambience in which he lived, gathering around him an important number of artists and intellectuals such as Manuel de Falla (1876-1946), Federico García Lorca (1898-1936), Joaquín Turina (1882-1949), Conrado del Campo (1878-1953) and Enrique Fernández Arbós (1863-1939) among others.
The exhibition will be divided into four main sections, Ángel Barrios. Creativity in the Alhambra: The Alhambra of the Barrios family, Antonio Barrios: as seen by the painters, The Alhambra: source of musical inspiration and Ángel Barrios and the new inventions.
The Council of the Alhambra and Generalife has organized free guided tours to the exhibition every Friday, Saturday and Sunday. Those interested in taking part in this activity must reserve a place in advance by e-mail to alhambraeduca.pag(at)juntadeandalucia.es, where they will receive confirmation of the day and time.
The guitarist and composer Ángel Barrios was born in Granada in 1882 and his family lived in the Calle Real de la Alhambra from 1886 to 1933, where they had a number of houses in which different artists, painters, poets, literati, musicians and intellectuals would stay. His father, Antonio Barrios Tamayo (1858-1939), was an educated man and was himself a painter and art collector. He played guitar and sang flamenco in the most traditional style gathering around him a large number of artists who enjoyed animated debates and discussions in bars such as “El Rinconcillo” and “El Polinario”.
Santiago Rusiñol (1861-1931), the Spanish painter, writer and playwright, came to live in the Barrios family house. In 1909 he created a scroll which was signed by various artists and which described Antonio Barrios as the “Ambassador of Art in the Alhambra”. This later served as a visitors’ book for future personalities, who together formed an incredible selection of painters from the Silver Age.
This role as Ambassador of the Alhambra was inherited and built on by the young Ángel Barrios, a composer and guitarist who followed in the footsteps of his maestro Isaac Albéniz (1860-1909), who had played a key role in persuading Manuel de Falla (1876-1946) to come to Granada, at a time in which Spanish culture was in transit between the generation of 1898 and that of 1927. The intellectual and official life of Granada lived alongside the ideas and the world view of the generation of 1898, while the members of the new generation of 1927 represented the avant-garde, in this case led by Federico García Lorca.
See picture gallery
For more information please visit www.alhambra-patronato.es
www.centrodedocumentacionmusicaldeandalucia.es