The Alhambra Woods submerge into an underwater world 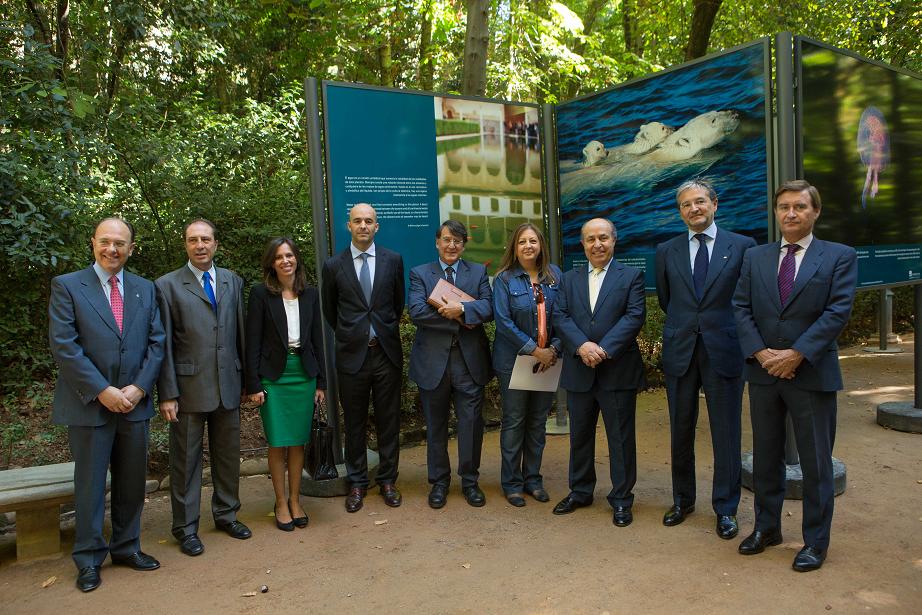 The sea will be the main feature in the Alhambra Woods as from 9th October next. This is the date of the opening of The underwater world, an exhibition that will reveal the best seascapes of all the oceans and most striking living creatures, in a selection of almost 70 photographs taken by national and international photographers. This exhibition can be visited up until 31st December, and is organized by Lunwerg and the Foundation AXA in collaboration with the Patronato de la Alhambra y Generalife, and will have as its curator the naturalist Joaquín Araújo.

The underwater world is divided into six sections: ‘The Atlantic Ocean’, ‘The Pacific Ocean’, ‘The Indian Ocean’, ‘The polar seas’, ‘The errors of bad mariners (ailing seas)’ and ‘Voyage towards wisdom (retrieving transparency)’.

During your tour of the photographs you can see images that play with your sight and whose beauty can transfer the imagination of the visitor from natural surroundings to an almost magical environment.

The curator of the exhibition believes that “some of the images that attract most attention are the jellyfish that have bodies consisting of 98 per cent water, and which reveal brilliant and striking colours under water.

The acrobatic acts of the humpback whales also play an important role in some of these images: “Surprising photographs, taking into account the fact that they have a weight of between 25 and 30 tons, and can often be seen flying above the sea”, says Araújo.

In fact the cetaceans have become one of the symbols in the fight for conservation of underwater life, and thanks to the campaigns carried out since the 1970s it has been possible to decrease or eliminate the hunting of whales.

On the other hand, the “aquatic ballets that have been most photographed and appreciated” are of the shoals of barracudas, which we can see in some of these images, together with other species that live on the land but feed on marine species, as is the case of the penguins, polar bears and some birds.

Reflection and commitment to the environment

Apart from the images of fantastic surroundings, this exhibition emphasizes the state of many places around the world which have been damaged by environmental destruction, as well as the effects that this damage may have on humans. Therefore it endeavors to make us citizens reflect and achieve our commitment by means of several of these photographs.

Among other images, The underwater world dwells on the catastrophe that the sinking of the Prestige meant to Galicia, and it pays tribute to the volunteers who went and supported in the cleaning tasks on the coast.

One of the figures shown in this exhibition is the fact that in the last 70 years 10,000 accidents with petrol tankers have been registered, and at least a hundred of them have caused serious damages. On top of all this, 90 per cent of the population of large fish in the planet has already disappeared.