The Alhambra through the eyes of specialists 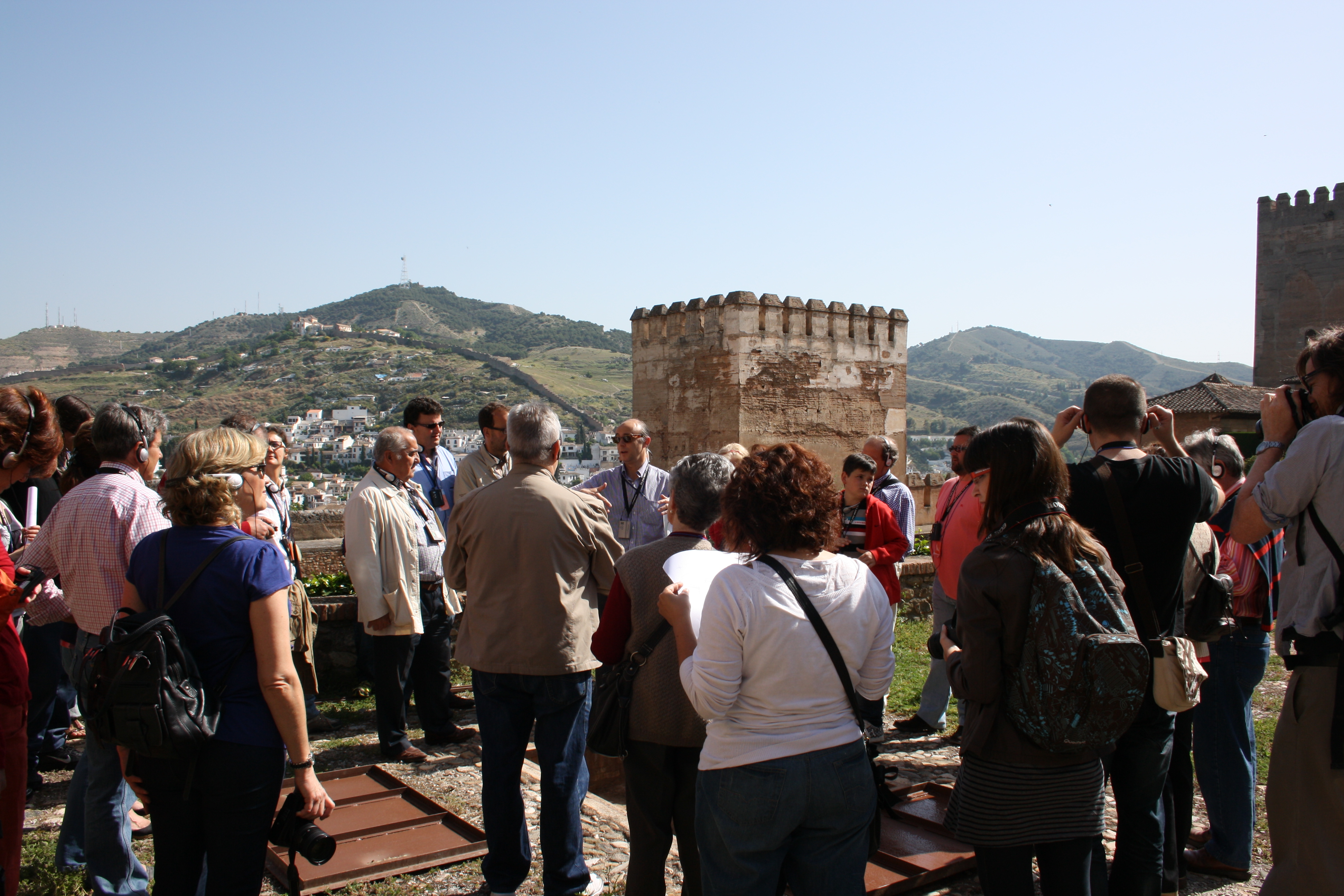 The Millennium of the Kingdom of Granada, the restoration, history, iconography, and architecture of the Alhambra will be the focus of the new season of visits to the Monument guided by specialists, which are due to start next week. This activity will take place on Fridays from four o’clock onwards and on Saturdays and Sundays at 10 o’clock in the morning and will continue until December.
Those interested in taking part in this programme should reserve their ticket online at www.alhambra-tickets.es or by calling 902 888 001. The price of the guided visit is nine euros and the minimum age for those wishing to take part is 12 years old, in other words students of Compulsory Secondary Education (ESO).
On Friday 25th October at 16:00 hours the archaeologist Paula Sánchez Gómez will be organizing a visit about archaeology in the Alhambra; while the next day, Saturday 26th from 10 o’clock onwards, the writer and PhD in Arabic philology from the University of Granada, Bárbara Boloix, will be revealing curiosities about the great unknowns of the Nasrid court: the Sultanas. The next day, Antonio Peláez Rovira, Professor of Semiotic Studies at the Faculty of Philosophy and Letters at the University of Granada will be focusing his tour on the 15th century Alhambra.
Restoration will be the central theme of the guided visits for the first weekend of November. On her tour, the Head of the Restoration Department at the Alhambra and Generalife, Elena Correa, will talk about the wall paintings in the Alhambra and their restoration; while the restorer, María José Domene, will be describing the maintenance and conservation of wood and the restorer, Ramón Rubio, will be discussing the restoration of the Alhambra’s many plasterwork pieces.
The theme for the guided visits over the weekend of 15th to 17th November will be the different styles of the Alhambra, with tours centring on Mudejar art, the Renaissance and the Alhambra during the reign of the Austria dynasty, by the University of Granada History of Art professors, José Manuel Gómez-Moreno, Juan Manuel Martín García and Esther Galera Mendoza, respectively.
Fortifications, iconography and the architecture of water in the Palaces of the Alhambra will be the subject of the visits over the weekend 22nd to 24th November and will be guided by Antonio Almagro, researcher from the School of Arabic Studies, José Manuel Rodríguez Domingo, Professor of History of Art and the architect, María Cullel.
The finishing touches will be given by the visits based on Arabic architectural and literary ideals led by heritage expert Daniele Grammatico; The Alhambra: the City for a Kingdom, organized by the technical adviser for archaeology of the Council of the Alhambra and Generalife, Jesús Bermúdez, and lastly a tour about magic and poetry with Miguel Puga, MagoMigue, and the Professor and researcher from the Department of History of Art at the University of Granada, José Miguel Puerta Vílchez.