The Alhambra, star of the Europa Nostra Awards ceremony in Athens for the restoration of the Court of the Lions 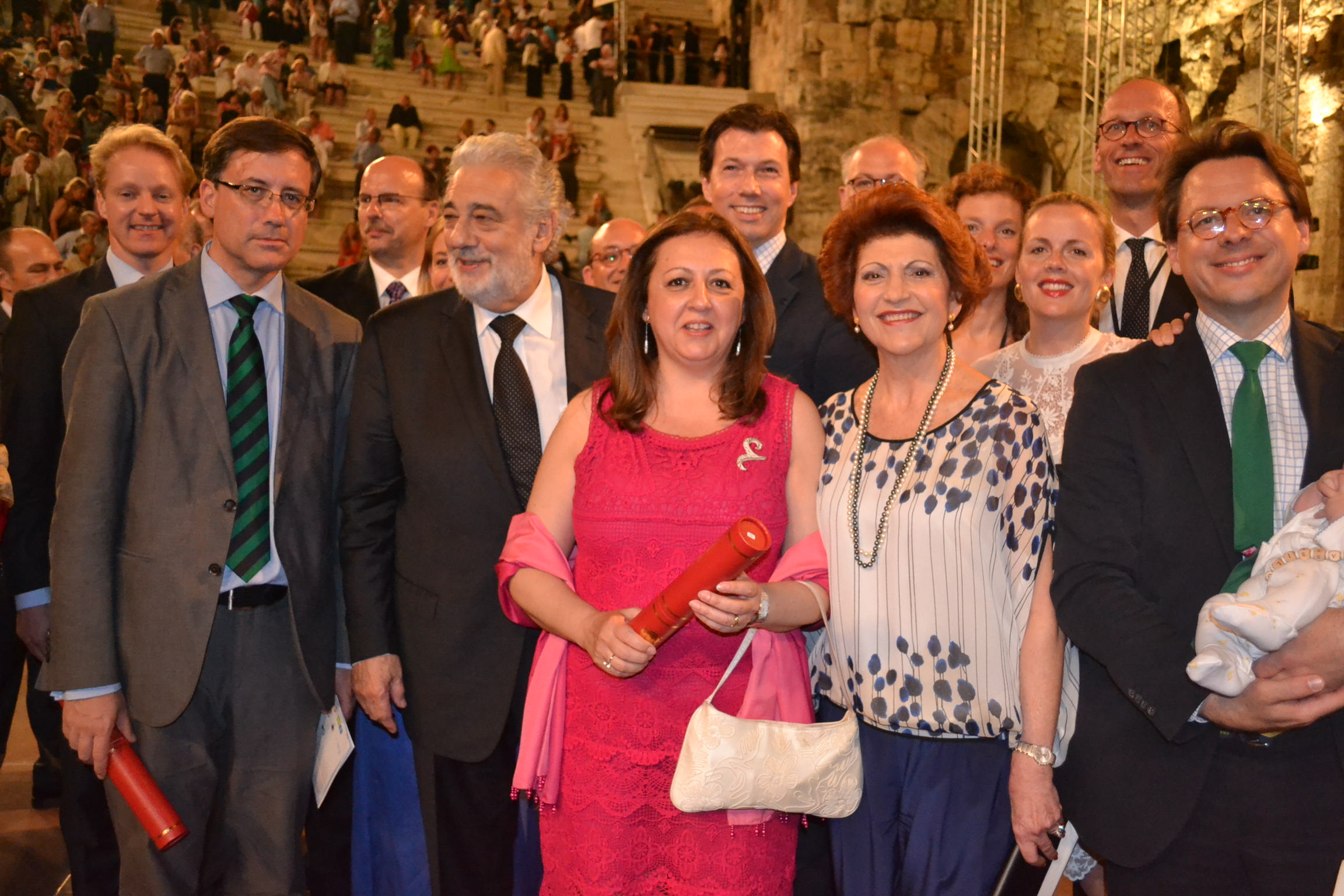 The Alhambra was one of the stars at the ceremony last night in Athens when it received the Europa Nostra award for Conservation for the restoration of the Court of the Lions and earned one of the most enthusiastic rounds of applause from the public that filled the Odeon of Herodes Atico, a Roman amphitheatre to the South of the Acropolis.
The ceremony, which continued until midnight was co-hosted by the European Commissioner for Education and Culture, Androulla Vassiliou, and by the Head of Europa Nostra, the Spanish tenor Plácido Domingo, as well as the President of the Greek Republic, Karolos Papoulias. The European Commissioner and the opera-legend were entrusted with the job of presenting the award to the Director of the Council of the Alhambra and Generalife, María del Mar Villafranca, who thanked the European Union, the jury and all those attending the ceremony for their support and interest. “It is an honour to be here tonight representing the Alhambra. This prize is a reward and an incentive for all the multi-disciplinary team that has worked on this important restoration project. It gives me great pride to represent them all, because to cap it all they are from Andalusia”. An audience of around 5000 people attended the Europa Nostra awards ceremony, which this year is celebrating its 50th anniversary, at the Odeon of Herodes Atticus, built in the year 161 by the Roman consul Herodes Atticus and which has today been restored for staging operas and other musical events.

The Secretary-General of the Institution, Sneka Quaedvieg Mihailovic, was responsible for hosting the event, the second part of which was devoted to traditional Greek music and the performance of various plays. The jury in the conservation category that decided to award the prize for the Restoration of the Court of the Lions, was chaired by the Spaniard Mr José María Ballester, who acknowledged that “the complex restoration of this emblematic Monument was a long process that was not without major difficulties”. Europa Nostra also valued the quality of the research and the methodology applied, as well as the public access to the Courtyard, and described as challenging conservation issues the renovation of the whole complicated water supply system and especially the decision, after serious historical research, as to what kind of pavement should replace the gardens built at the beginning of the 19th century. The result was a triumph.

For his part, the Minister of Culture and Sport of the Regional Government of Andalusia, Luciano Alonso, who is currently recovering from an illness and was unable to attend the ceremony, expressed his satisfaction on the award of this prestigious prize which once again recognized the innovative conservation systems used in the Alhambra. Alonso remembered that since 2006 and after an intensive period of research, monitoring and analysis that began in 2002, there has been a rigorous, advanced process of integrated restoration of the lion-statues, the basin and various other elements of the water system of the Courtyard of the Lions.
Over 200 projects were presented for the 2013 awards in four categories: Heritage Conservation; Research; Dedicated Service by Individuals or Organizations; Education, Training and Awareness-Raising.