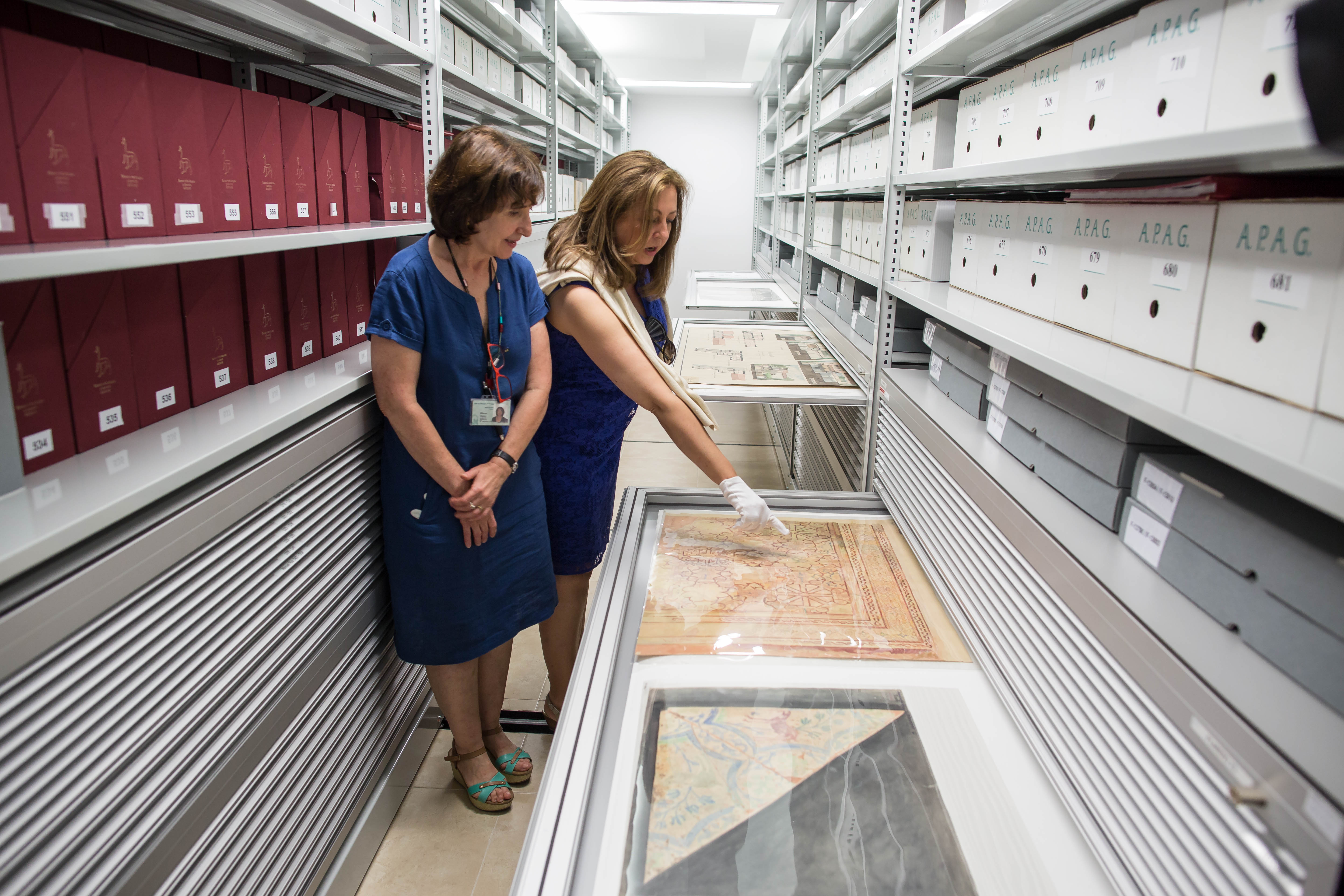 The Alhambra celebrated international Archives day by opening new facilities which will house the materials and collections in the Archive and Library of the Alhambra as well as rooms for researchers. María del Mar Villafranca, the Director of the Council of the Alhambra and Generalife, spent the morning with almost a hundred local people, who decided to venture into the Archive of the Alhambra on this special occasion to “enjoy the holiday” and “discover” some of the “jewels” stored in this space.
During the visit, Villafranca expressed her satisfaction with the results of the renovation work, which has been carried out in various phases with a total budget so far of 1,510,252.09 euros: “We are working to improve the quality of the service we provide to the public. The installations had to be refitted and we have equipped the Archives and the Library of the Alhambra with a modern infrastructure that is more accessible to everyone. The new facilities will make it easier for researchers and members of the public to access the information and the spaces where the documentation produced throughout the history of the Group of Monuments is stored”.
In the Archive’s two Research Rooms, users will have the chance to access the systems describing the materials, collections and digital resources, which include maps, photographs, engravings, drawings, postcards, posters, etc; and in the Library the catalogue available on the IDEA network, digital resources from the Romanones collection and digital magazines and journals about the Alhambra.
The new facilities are also equipped with the latest technology with temperature and humidity sensors and a fire protection system, as well as automatic mobile shelves (COMPACTUS) to “ensure the protection” of all the documents stored in both the archives and the library, including the collection of the Captaincy-General of the Kingdom of Granada (Capitanía General del Reino de Granada) and the Governorship of the Alhambra (1492-1718), the Ángel Barrios collection, the Scrivenery of the Alhambra (1600-1683), the church of Santa María de la Alhambra, plus the collection assembled by the Council of the Alhambra and Generalife when it was run by the central government and more recently by the regional government of Andalusia. The archive also has a room for researchers, which is fully equipped so that both internal personnel and external users can consult the material in the archives and copy documents.
Those on the guided visit were also shown works by Mariano Fortuny, John Frederick Lewis; daguerrotypes and restored documents that are part of the exhibition about the Conde de Tendilla, scheduled for next autumn in the Palace of Charles V among others. They also visited the restoration workshop where they saw a historical document being pieced together.
The visits were led by expert staff of the Archive of the Council of the Alhambra and Generalife and started at the ticket office in the Generalife. They followed a route through the deposits, where documentary archives dating from the General Captaincy of the Kingdom of Granada to the current collection of the Council are stored.