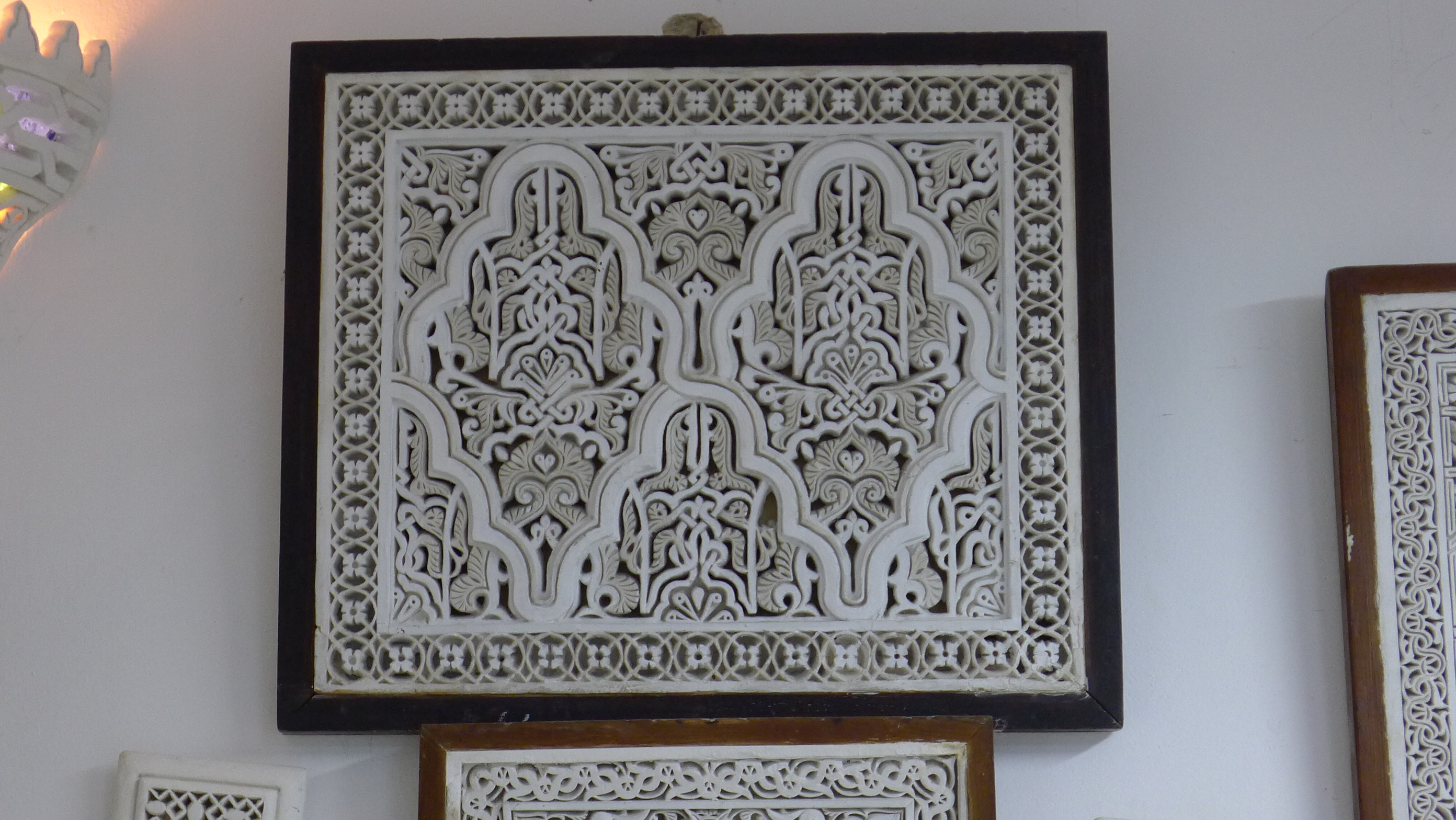 A journey stretching between the Alhambra, Tangier and Tetouan and linked by our cultural heritage is the message running through the exhibition project entitled "Innovating Tradition".

A journey stretching between the Alhambra, Tangier and Tetouan and linked by our cultural heritage is the message running through the exhibition project entitled “Innovating Tradition”. This exhibition, which from today until 8 March can be seen at the Kasbah Museum in Tangier (Morocco), is being organized as part of the activities of the Redalh cross-border project. The objective of this project, which is led by the Council of the Alhambra and Generalife, is to recover, preserve and promote the craft heritage of the common legacy of al-Andalus and the Maghreb. The exhibition will soon be on show at the Casas de la Mimbre, the Alhambra’s educational area, and at the School of National Arts and Trades in Tetouan.
The exhibition “Innovating tradition”, which will be the grand finale to the Redalh project carried out in collaboration with the Delegation of Culture for the Tangier-Tetouan region, was inaugurated by the Director of the Council of the Alhambra and Generalife, María del Mar Villafranca, the Director of Culture for the Tangier-Tetouan region, Mohamed Ettakkal, and the Inspector of Historic Monuments and Sites of Morocco, Medí Zouak, who all expressed their “satisfaction” for the results of this project and the exchange of experiences that it entailed.
“The scientific and craft expertise of the researchers from the Alhambra has been made available to the Redalh project in order to promote the training of young craftsmen and specialized workers so as to safeguard and protect this cultural heritage. We want this project to serve as a platform for employment and a strategy for cooperation between the two regions”, said the Director of the Alhambra.
For its part, the Moroccan delegation explained on the day of the inauguration that “we have the raw materials and the craftsmen who even today in the 21st century work in the traditional way in heritage-related trades, using very similar techniques to those used in the Nasrid period in the construction of the Alhambra”.
Plaster, wood and ceramics will be the stars of this travelling exhibition, which consists of 10 pieces resulting from the research carried out during the project, which in the case of Tangier and Tetouan were made by students and teachers from the School of National Arts and Trades in Tetouan, under the supervision of restorers from the Alhambra. In addition to replicas of pieces made according to different craft techniques and in different media which demonstrate the current relevance and importance of these traditional crafts, the exhibition also includes various graphic exhibits.
The exhibition in the Alhambra will also centre on ceramics, plaster and wood, all essential elements of declaration in monuments throughout the Islamic world, with a number of pieces made by restorers from the Alhambra itself. According to Francisco Lamolda, the Architect-Conservator of the Council of the Alhambra and Generalife and Director of the Redalh project, Redalh has enabled “an exchange of knowledge about craft and conservation/restoration techniques. We have explored the qualities of these materials in great detail and the processes that transformed this raw material into an excellent decorative medium, the results of which are today considered genuine works of art”.
In order to consolidate the networking aspect of the project, Redalh also has its own website www.redalh.eu, to which contents have been added as work has progressed and which will remain as a vehicle for the transfer of the knowledge produced by the project.
Redalh also benefits from the participation of the Regional Government of Andalusia acting through the Council of the Alhambra and Generalife and was backed by the European Union, which awarded it a grant of over €350,000 from regional development funds as part of the Spain – External Frontiers Cross-Border Cooperation Program (POCTEFEX).
The cross-border projects are aimed specifically at collaboration between regions bordering the Mediterranean Sea. Redalh is working in the Tangier-Tetouan region of Morocco and in the province of Granada with the Council of the Alhambra and Generalife. The Redalh project has been co-funded by the European Union and the Council of the Alhambra and Generalife as part of the second round of projects from the cross-border cooperation programme.