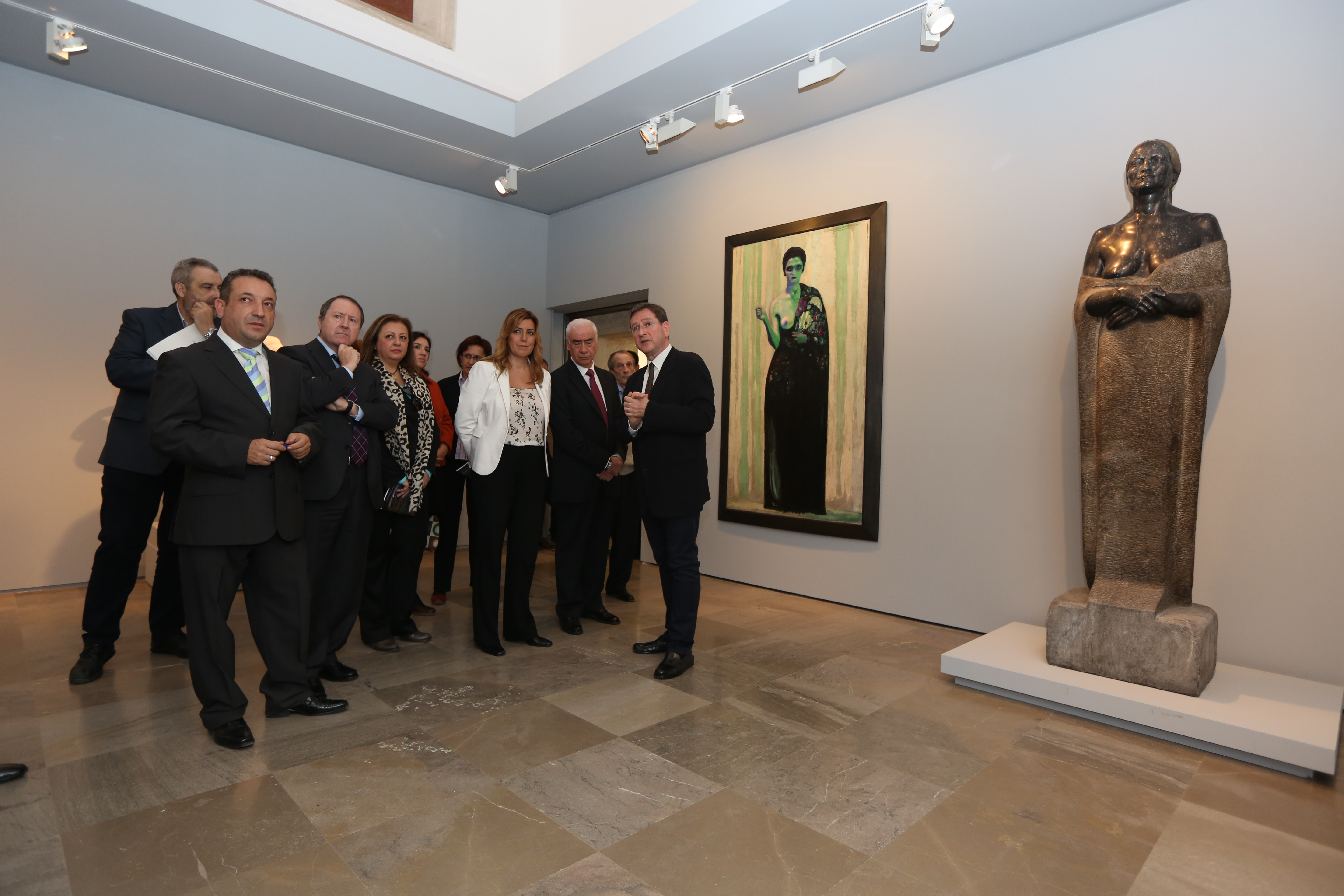 The President of the Regional Government of Andalusia, Susana Díaz, said that with a show of this kind “Andalusia is remembering one of the most illustrious figures of the art world of his time”.

The President of the Regional Government of Andalusia, Susana Díaz, said that with a show of this kind “Andalusia is remembering one of the most illustrious figures of the art world of his time”. The presentation was also attended by the Minister of Education, Culture and Sport of the Regional Government of Andalusia, Luciano Alonso; the Delegate of the Regional Government in Granada, Sandra García; the Director of the Council of the Alhambra and Generalife, María del Mar Villafranca, and the President of the Rodríguez-Acosta Foundation, Miguel Rodríguez-Acosta, among others.
The exhibition is curated by Eduardo Quesada Dorador, a Professor at the Faculty of Fine Arts of the University of Granada, and has over 100 of the sculptor’s works, many of which belong to his family, who have generously lent their father’s works while supporting this project with “great enthusiasm”. The other exhibits belong to 55 different owners including public collections such as the Reina Sofía National Art Museum, the National Art Museum of Catalonia, the Fine Arts Museums of Granada and Cordoba, the Royal Academy of Fine Arts of San Fernando, the Ministry of Defence, the Complutense University in Madrid, the Instituto Valencia de Don Juan and the City Councils of Madrid, Granada and Cádiz among others, and private collectors.
Alongside these pieces there will be documents, photographs and pictures by contemporary artists and personal friends of the sculptor such as Julio Romero de Torres, José María López Mezquita, José María Rodríguez-Acosta and Ignacio Zuloaga. The exhibition will also be a unique opportunity to see Juan Cristóbal’s Sibila, lent by the Madrid Fine Arts Circle and on show for the first time together with the other Sibila painted by Anglada Camarasa, owned by the La Caixa Foundation.

Half-way between the two exhibition sites, visitors can stop to admire the monument to Ángel Ganivet, a writer and diplomat from Granada. The monument was sculpted by Juan Cristóbal in 1921 and was installed on the main path through the Wood of the Alhambra next to what is known as the Fountain of the Tomato. This piece of sculpture has just been restored by the Alhambra Conservation Department to coincide with the exhibition.
The other works on display at the exhibition include a terracotta head of Modesto Cendoya, architect of the Alhambra in 1921, a bust of Manuel de Falla in his beautiful old house in the Antequeruela district of Granada in 1927; as well as various sculptures he did in Madrid, including a bronze head of Ángel Barrios, completed in 1943 in memory of a long-standing friendship, the head of the Arabic specialist Emilio García Gómez, cast in  bronze in 1943 or the white marble bust of the Duchess of Lécera, who moved into Falla’s house after the composer had died and commissioned Juan Cristóbal to make another copy of the bust for her garden.

Meanwhile in the Rodríguez-Acosta Foundation visitors will discover even more about the works of this gifted sculptor and at the same time enjoy a space which, to mark the exhibition, has just been restored to its original state after some wooden panels that had covered the foyer of the exhibition room were taken down, so uncovering decorative details of the house that had been hidden away for more than a century.
Ver Galería de Imágenes y Vídeos en 360º