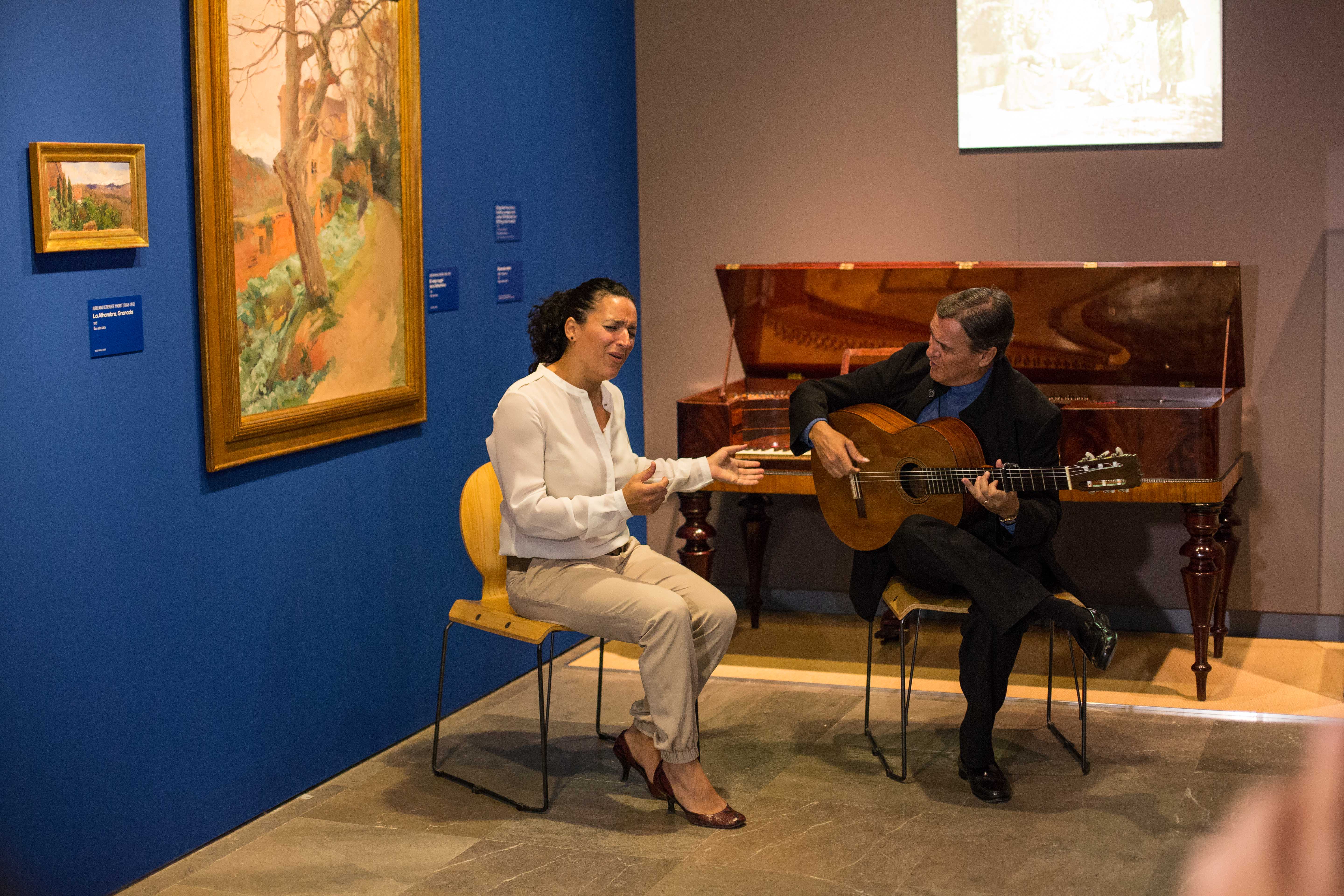 The Council of the Alhambra and Generalife is organizing free guided visits accompa-nied by live music to the exhibition Ángel Barrios. Creativity in the Alhambra, installed in the Palace of Charles V, in the temporary exhibition room of the Granada Fine Arts Museum, every Friday (12-12:45h), Saturday and Sunday (both days from 12-13h), un-til 7th September.
Those interested in taking part in this activity must reserve a place in advance at the offices in the Corral del Carbón, in Calle Mariana Pineda s/n; by e-mail to Click here for watching video , or by telephone, calling 958 57 51 26. There are a lim-ited number of places and in order to best enjoy the visit, those attending will be divid-ed into groups of a maximum of fifteen people. The exhibition is organized by the Al-hambra in collaboration with the Musical Documentation Centre of Andalusia and trac-es the life and work of the Granada composer Ángel Barrios (1882-1964), on the 50th anniversary of his death.
Next weekend, those attending the exhibition will be entertained by the guitarist Josué Rodríguez Fonseca, who will also be performing on 13, 20 and 27 July and 3, 9, 10, 16, 17, 23, 24 and 31 August, and 7 September. There will also be performances by the soprano Angustias Medina accompanied by the pianist Juan Manuel Cisneros (19 July and 2, 16 and 30 August); the Torre del Alfiler Plectrum Orchestra (26 July), and the Trío Albéniz (6 September), both plectrum instrument groups
The exhibition Ángel Barrios. Creativity in the Alhambra, curated by Reynaldo Fernán-dez, the Director of the Musical Documentation Centre of Andalucía is divided into four sections, (The Alhambra of the Barrios family, Antonio Barrios: as seen by the painters, The Alhambra: source of musical inspiration and Ángel Barrios and the new inven-tions.) The exhibition is made up of almost 100 pieces lend by a variety of institutions including the Ángel Barrios Archives (jointly conserved by the Council of the Alhambra and Generalife and the Musical Documentation Centre of Andalusia, the National Art Museum of Catalonia, the Sorolla Museum, the Granada Fine Arts Museum, the Muse-um of Romanticism and the National Library. The catalogue for this exhibition is now on sale at the Alhambra bookshops.