The Alhambra opens the Tower of the Princesses to the public 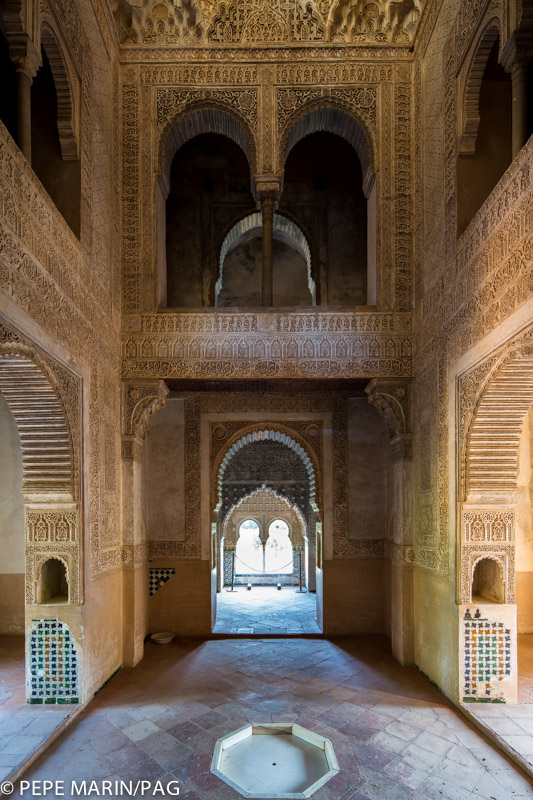 Every Tuesday, Wednesday, Thursday and Sunday with the general admission ticket to the Alhambra or the visit to the Gardens.
The Alhambra is opening the Tower of the Princesses (Torre de las Infantas) to the public as the space of the month for September. It can be visited every Tuesday, Wednesday, Thursday and Sunday with the general admission ticket to the Alhambra or with the ticket for visiting the Gardens.
The tower is well-known as the setting for the legend of the three princesses, Zayda, Zorayda and Zorahayda, recounted by Washington Irving in two of his famous Tales of the Alhambra. It is also known as the New Qalahurra of Muhammad VII (1392-1408) and was the last important building to be erected in the palace city, between 1393-94.
The Tower of the Princesses has a similar architectural structure to its neighbour, the Tower of the Captive, and both are considered tower-palaces. The Alhambra’s new space of the month is one of the most striking cases of the surprising contrast between an austere exterior and the wealth of decoration that lies within. The tower has a simple exterior volume with a smooth flat wall interrupted only by the gaps for the windows, which gives way inside to great volumetric complexity via the distribution of space and the wealth of decoration in the tiles, plasterwork and ceiling.
The architectural complexity of the Tower’s interior decoration is an example of the enormous skill of Nasrid architects in making the most of interior space. The ceiling was originally covered with a plasterwork honeycomb vault (muqarna), which was replaced during the last century by the current wooden ceiling.
For more information, please see www.alhambra-patronato.es