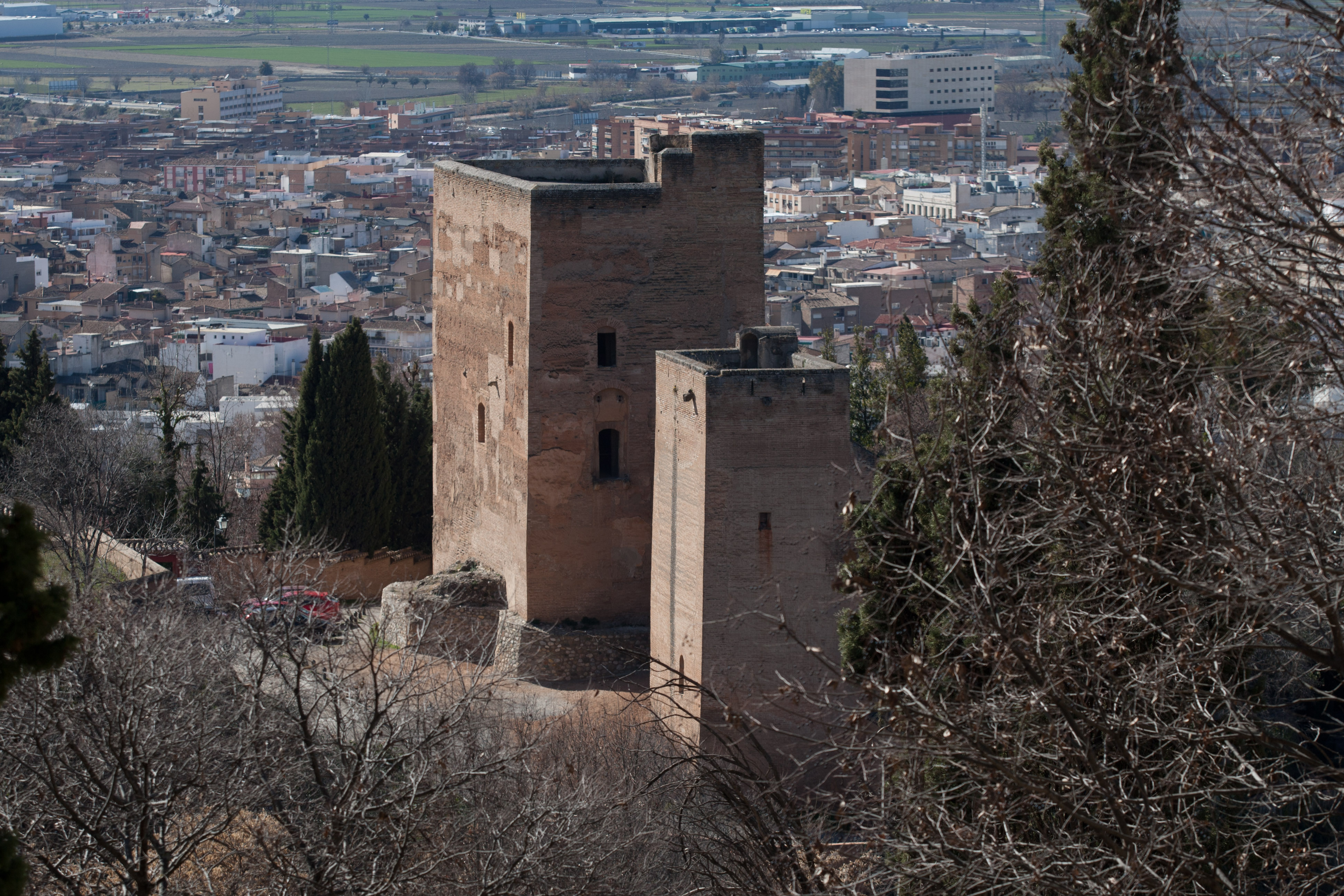 The building work, which will take approximately 18 months and has a budget of 1,395,023.91 euros
The Alhambra has opened the tendering process for consolidation and conservation work on the Torres Bermejas (vermillion towers), fortified towers thought to have been built during the Nasrid Dynasty.  The building work, which will take approximately 18 months and has a budget of 1,395,023.91 euros, will prepare the Towers for their opening to the public as part of the itineraries in the area around the Alhambra.
The work, which will be coordinated by the Alhambra’s Conservation Department, will include a small multipurpose exhibition room and the adaptation of the terrace system in the central courtyard to create a space in which to hold cultural events such as book presentations, concerts, lectures etc.
Torres Bermejas consists of three towers of different characteristics built with rammed earth walls, in which there is an artillery bastion developed by King Ferdinand and Queen Isabella with vaulted barracks and service facilities.
The heritage and monumental interest of these buildings is the main objective of the restoration work, which seeks to “guarantee the survival of the Torres Bermejas complex, recover its hidden features and make it visitable”.
To this end the Alhambra’s Conservation Department has proposed the following actions: “perform the work required to halt the process of decay and ruin; begin the search for information within the complex itself; consolidate and restore the wall surfaces and the surviving stage of perimeter wall, and create a system for the drainage of rainwater from towers and platforms and from the architectural complex as a whole”.
A second phase of building work is also planned. This will focus on defining the work required to prepare the Torres Bermejas for musical events and for their inclusion in public visit programs, as well as the recovery of the surrounding area in line with the Alhambra Master Plan (2007-2020). The result of the archaeological and restoration work to be performed during this phase will give us a better understanding of the cultural and heritage value of this important part of the Alhambra group of monuments.
The Torres Bermejas complex appears to have been altered on a number of occasions since the Christian conquest, in particular during the 16th century. It was used for a long time as a prison and as a military barracks until the mid-20th century during which time it underwent substantial changes.
Mauror Hill, where the towers stand, was well known in the past for its largely Jewish population such that it became known as Garnata al-Yahud. The towers also offer a wonderful panoramic view of the city and a little-known perspective of the Alcazaba (fortress) of the Alhambra.
For more information please see www.alhambra-patronato.es