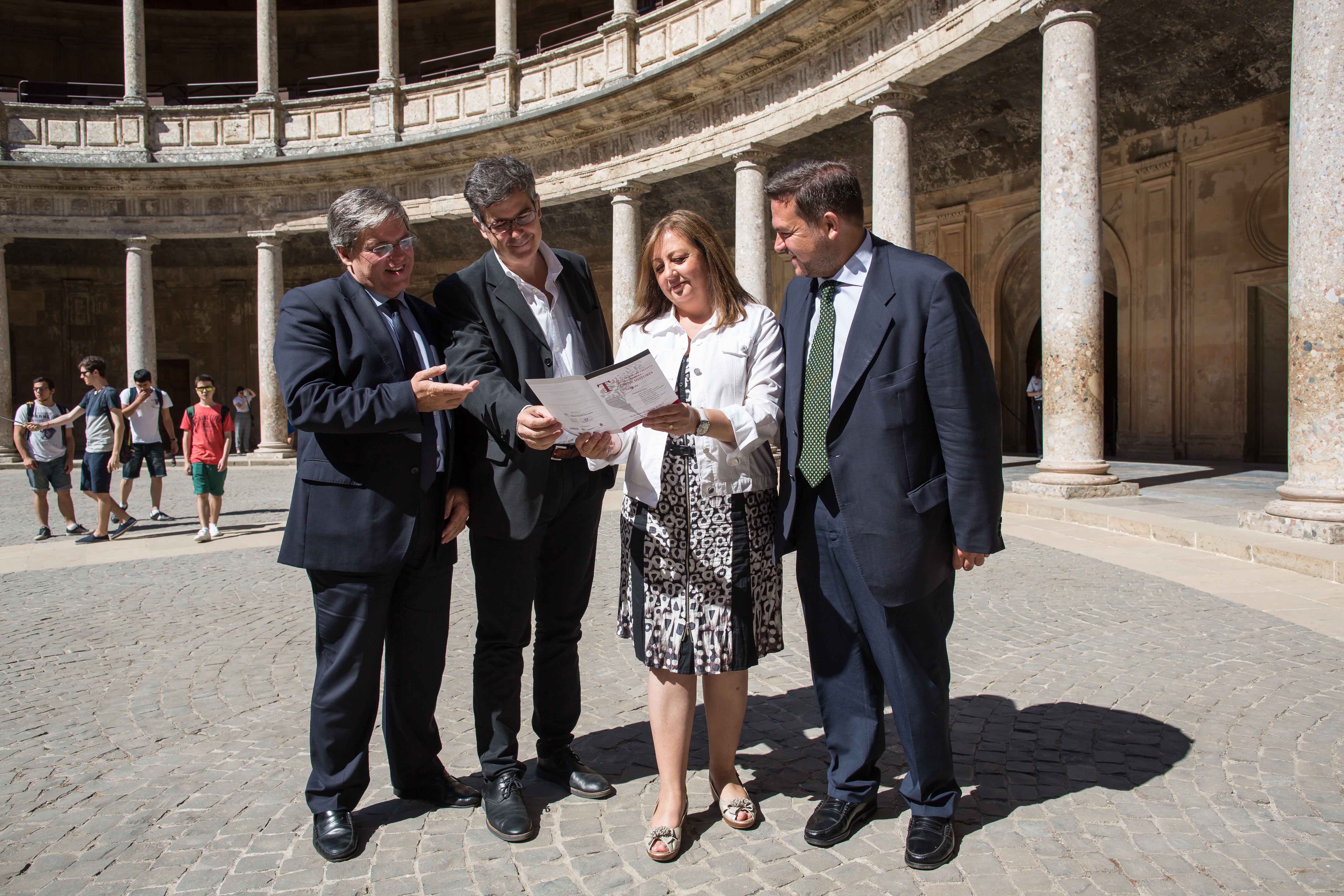 Registration for the course is now open. It starts on 28 June in the Casas de la Mimbre in the Alhambra.
The Alhambra will be holding a new edition of the Creative Writing Workshop organized by the Valparaíso Writers School. From 28 June to 3rd July the Casas de La Mimbre will become a place of learning and study in which well-known Spanish writers such as Santiago Posteguillo, Javier Sierra, José Luís Corral, María Amor Martín, Juan Gómez Jurado and José Calvo Poyato, among others, will be teaching the techniques of the writing trade.
The course, which will be taking place in the mornings, will be exploring different creative aspects of narrative writing including the techniques of the historical novel, documentation, creativity, the historical essay, the creation of characters and events, the short story or teaching history through the novel. The programme will also be complemented with a range of activities such as literary debates and cultural visits to the different monuments in Granada.
In the presentation of the 3rd edition of the Creative Writing workshop, the Director of the Alhambra, María del Mar Villafranca, welcomed this initiative and said that it was an “honour” to be hosting this new brood of writers in a place which for many artists is a “source of vital inspiration, just as it was for the bestselling author, Washington Irving in his Tales of the Alhambra”.
For his part, Antonio Bernardo Espinosa, the coordinator of the workshop, explained that one of the founding aims of the school was to help “Granada become the School of Writers for southern Spain. We would like this project to become permanent and to continue all year round”. The Director of the Communication and Marketing School, Miguel Ángel Rodríguez-Pinto, said that he was convinced that the Alhambra “will inspire many of the participants”.
Those interested in signing up for the creative writing workshop should do so via the website of the Valparaíso Writers School www.veeg.es
The Valparaiso Writers School is part of the Ave María Foundation and enjoys the support of different institutions and companies such as the Council of the Alhambra and Generalife, the Communication and Marketing School (ESCO), the Caja Granada bank, and El Corte Inglés, and the backing of cultural associations such as Granada Histórica.
For more information please see www.veeg.es
www.veeg.es