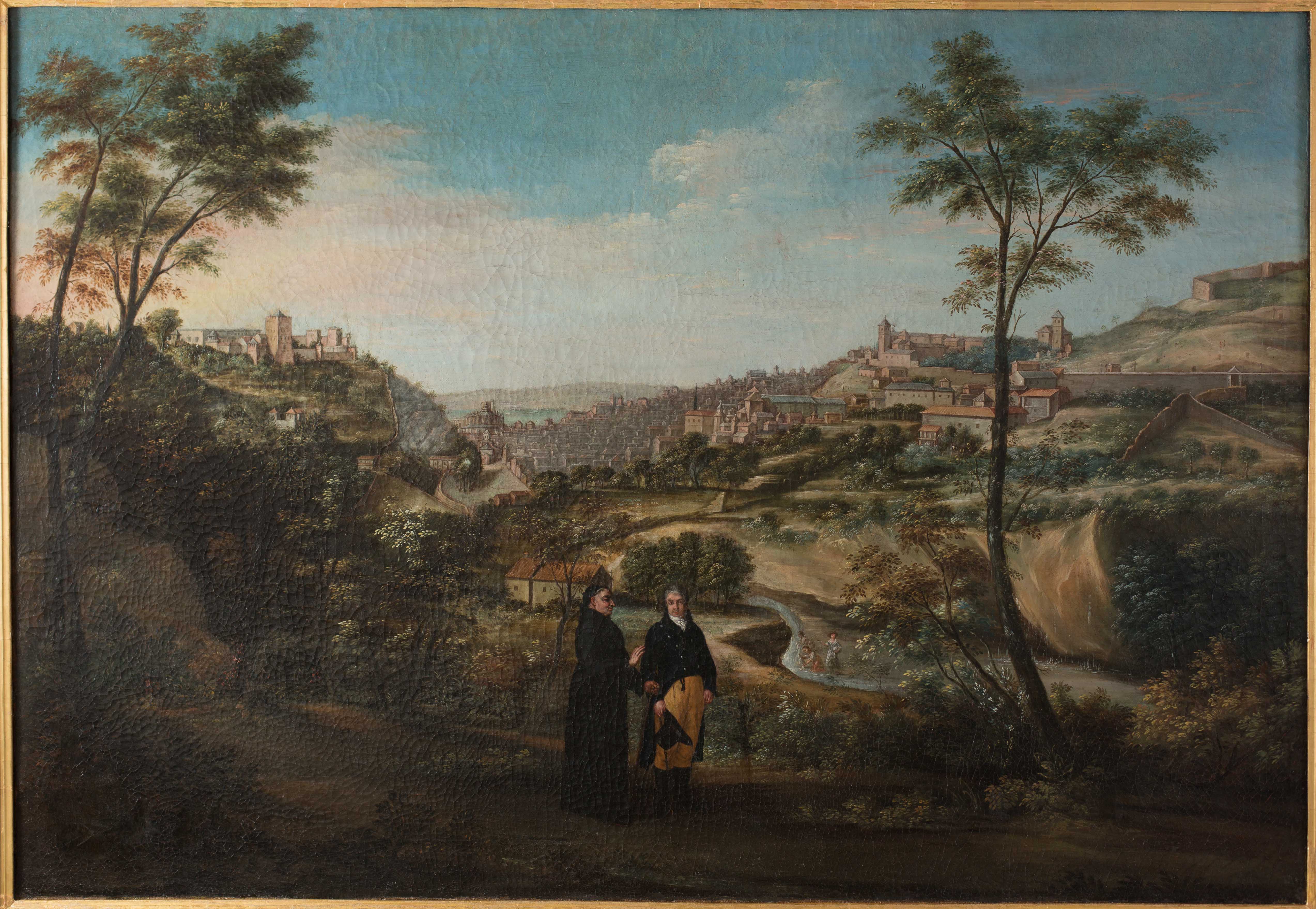 Will be on display until September in Room VI of the Granada Fine Arts Museum on the upper floor of the Palace of Charles V, as part of the “guest exhibit” programme...

The Council of the Alhambra and Generalife has enlarged its art collection with the acquisition of a painting by the painter and academic Fernando Marín Chaves (1737-1818) entitled ‘Vista de Granada desde la Fuente del Avellano’ (View of Granada from the Fountain of the Hazel), purchased directly from a private collector for €60,000. This morning the Director of the Council of the Alhambra and Generalife, María del Mar Villafranca, accompanied by the Delegate of the Regional Government for Education, Culture and Sport, Ana Gámez, and the Director of the Granada Fine Arts Museum, Ricardo Tenorio, presented this artwork, which will be on display until September in Room VI of the Granada Fine Arts Museum on the upper floor of the Palace of Charles V, as part of the “guest exhibit” programme.
The painting in oil on canvas is in good condition and as Villafranca pointed out is a work of “great artistic and documentary value in that it offers us one of the best panoramic views of the Darro Valley in the graphic history of the city of Granada. It shows the city as it was before the extensive transformations that took place in the early years of the 19th century, due to the Napoleonic occupation and some years later due to the expropriation of church properties, which altered the image of a large part of the city”.
Vista de Granada desde la Fuente del Avellano,  painted in 1798, was commissioned by the romantic traveller Nicolás de la Cruz, Count de Maule (1757-1828), after the visit he made to Granada. The view was painted at a bend in the lane leading to the Fountain of the Hazel at the point where it juts out over the valley of the River Darro as it rounds a large promontory, at the top of which are the remains of the Castle of Santa Elena. According to the researchers Antonio Gámiz and Antonio Orihuela, the two men in the foreground who appear as the central figures of the picture are almost certainly the Count de Maule himself, Don Nicolás de la Cruz y Bahamonde (Chile, 1757 – Cádiz, 1828), the man who commissioned the painting, and Father Sebastián Sánchez. The Count de Maule was a multitalented man of the Enlightenment, who after a brief military career in Chile decided to try his hand at trade and moved to Cádiz in 1783.
The canvas is in good condition although “it has been treated for conservation purposes and prepared for exhibition” by Carmen Juliá, a restorer from the Granada Fine Arts Museum.
From now on the picture will be part of the Museum Collections of the Council of the Alhambra and Generalife, and will provide a large dose of “quality, as until now we had no first-hand account of the landscapes of that time, apart from the reproductions of the paintings in the Hall of the Kings by Sánchez Sarabia, although in the Alhambra archives there are numerous images and engravings of scenes depicted by travellers from later periods”.
Fernando Marín Chaves was a member of the Granada School of Painting. In his early days his style followed that of Andalusian Baroque, although little by little he began to specialize in religious paintings with which he decorated many churches in the Granada area such as those in Santa Fé, Cájar, Algarinejo, Alomartes and Berja, as well as other larger religious buildings such as the Colegial in Baza and Guadix Cathedral.