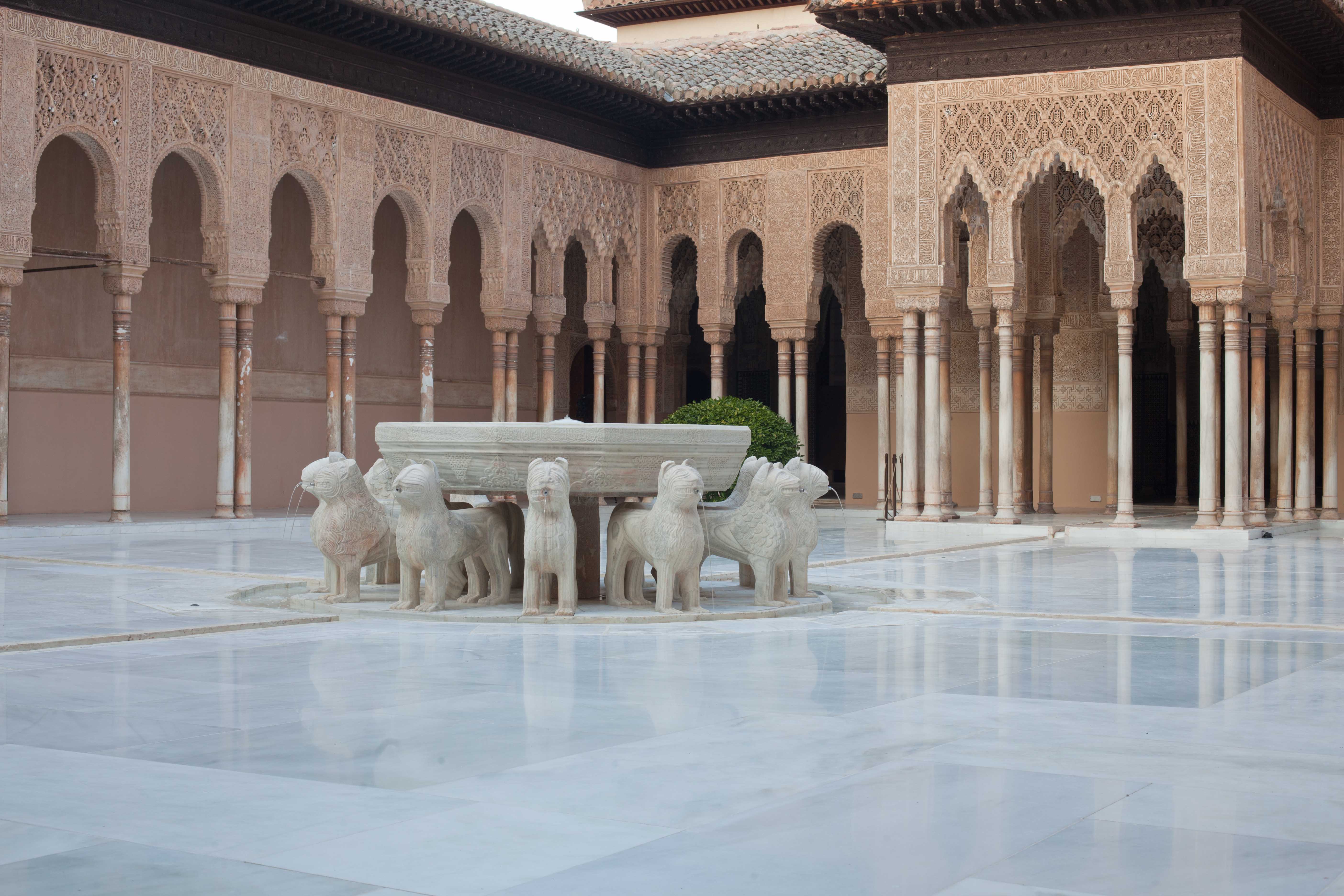 The Alhambra has been awarded the Europa Nostra prize by the Euro-pean Union for the restoration of the Court of the Lions, a project presented in the Heritage Conservation category. In the 2013 awards, over 200 projects were presented in the following four categories: Heritage Conservation; Research; Dedicated Service by Individuals or Organizations; Education, Training and Awareness-Raising.
The jury for the Heritage Conservation category was chaired by the Head of the Rural Development Department of the Botín Foundation, the Spaniard, Mr José María Ballester, who acknowledged that “the complex restoration of this emblematic Monument was a long process that was not without major difficulties”.
In addition, Europa Nostra valued “the quality of the research and the methodology applied, as well as the public access to the Courtyard”, and described as “challenging conservation issues” “the renovation of the whole complicated water system and especially the decision after serious historical research as to what kind of pavement should replace the gardens built at the beginning of the 19th century. The result is a triumph”.
For his part, the Minister of Culture and Sport of the Regional Govern-ment of Andalusia, Luciano Alonso, expressed his satisfaction on the award of this prestigious prize “which once again recognized the innovative conserva-tion systems used in the Alhambra”. Alonso remembered that since 2006 and after a period of research, monitoring and analysis that began in 2002, there has been a rigorous, advanced process of integrated restoration of the lion-statues, the basin and various other elements of the water system of the Courtyard of the Lions.
The Minister also described the monument as “an international model of heritage management” and emphasized the efforts made to preserve the balance between protective measures and the high number of visitors that come to the monument.
The Director of the Council of the Alhambra and Generalife, María del Mar Villafranca, thanked the European Union and the jury for the award, which she said was a “recognition and an incentive for the whole team that has worked on this important restoration project”.
In addition to the Alhambra, Spain also obtained five more medals and three special mentions in the 2013 Europa Nostra awards. Europa Nostra is a non-profit-making association, declared to be of public use, whose aim is to defend, safeguard and enhance the value of European cultural heritage (and its surrounding areas).
In the Heritage Conservation category, awards were also given to the restoration and consolidation of the Roman Theatre in Medellín (Badajoz), the Northern Romanesque Project in Castilla León, and the restoration of the first Premonstratensian Abbey in Spain, today converted into the Hotel Abadía Retuerta Le Domaine, a 12th Century treasure.
The study of granaries on stilts (hórreos, cabazos and other grain-stores) in north-western Spain received the Europa Nostra prize in the Re-search category; while in Education, Training and Awareness-Raising, the award went to the Living Cabanyal Archive in Valencia, a project that has raised awareness of Valencia’s historical seafront through a process of sus-tainable urban planning based on cultural identity and on participation.
For more information, please visit
http://www.facebook.com/alhambragranada