The Alhambra at the 31st Book Fair 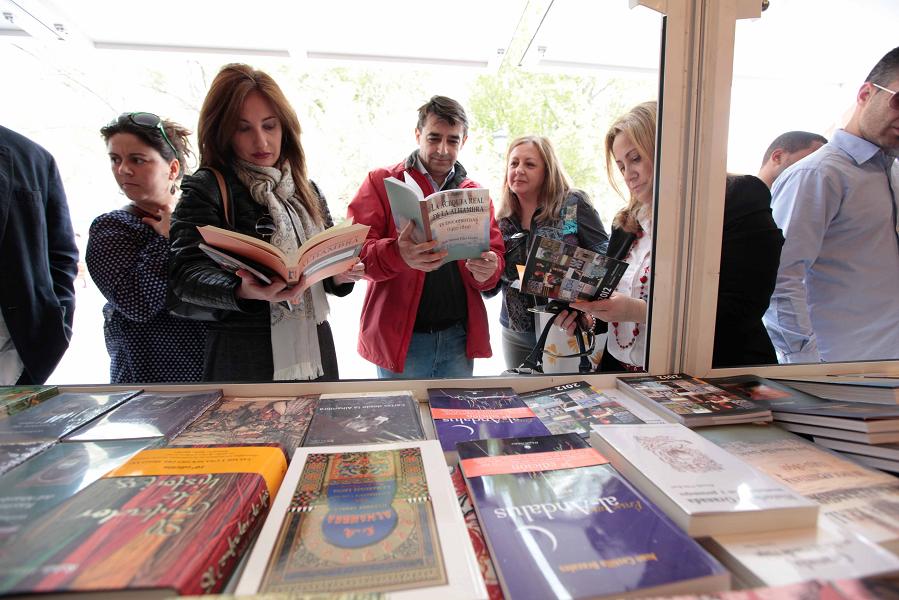 Patronato de la Alhambra y Generalife will have a stand at the 31st Granada Book Fair (20-29 April), at which a selection of new literary releases will be showcased. A series of free activities have also been scheduled, including a demo tournament of new game, ‘Towers of the Alhambra’, to take place on Friday 20 April at 6.00 pm at Fuente de las Batallas. The tournament is open to children and adults aged 9 and over and will be divided into two age groups: junior (9-15 years) and senior (over 16 years).

Inscription is open from 5.00 pm onwards at the Book Fair, by the Patronato de la Alhambra y Generalife stand. Players will be entered by order of arrival, until both groups are full.

Finally, on Friday 27 April, at 6.00 pm, the Zaida Building (Caja Rural), in Plaza de la Fuente de las Batallas, will be the location for the launch of the book Herido por el Agua, which tells the story of the relationship between Federico García Lorca and the Alhambra. The book is published by Patronato de la Alhambra y Generalife and Tinta Blanca Editor.

The 31st edition of the Granada Book Fair, which will take place at Fuente de las Batallas and Carrera de la Virgen, is dedicated to story-telling, uniting tradition and new technologies, and is aimed at all publics.