The Alhambra, as seen through the eyes of specialist 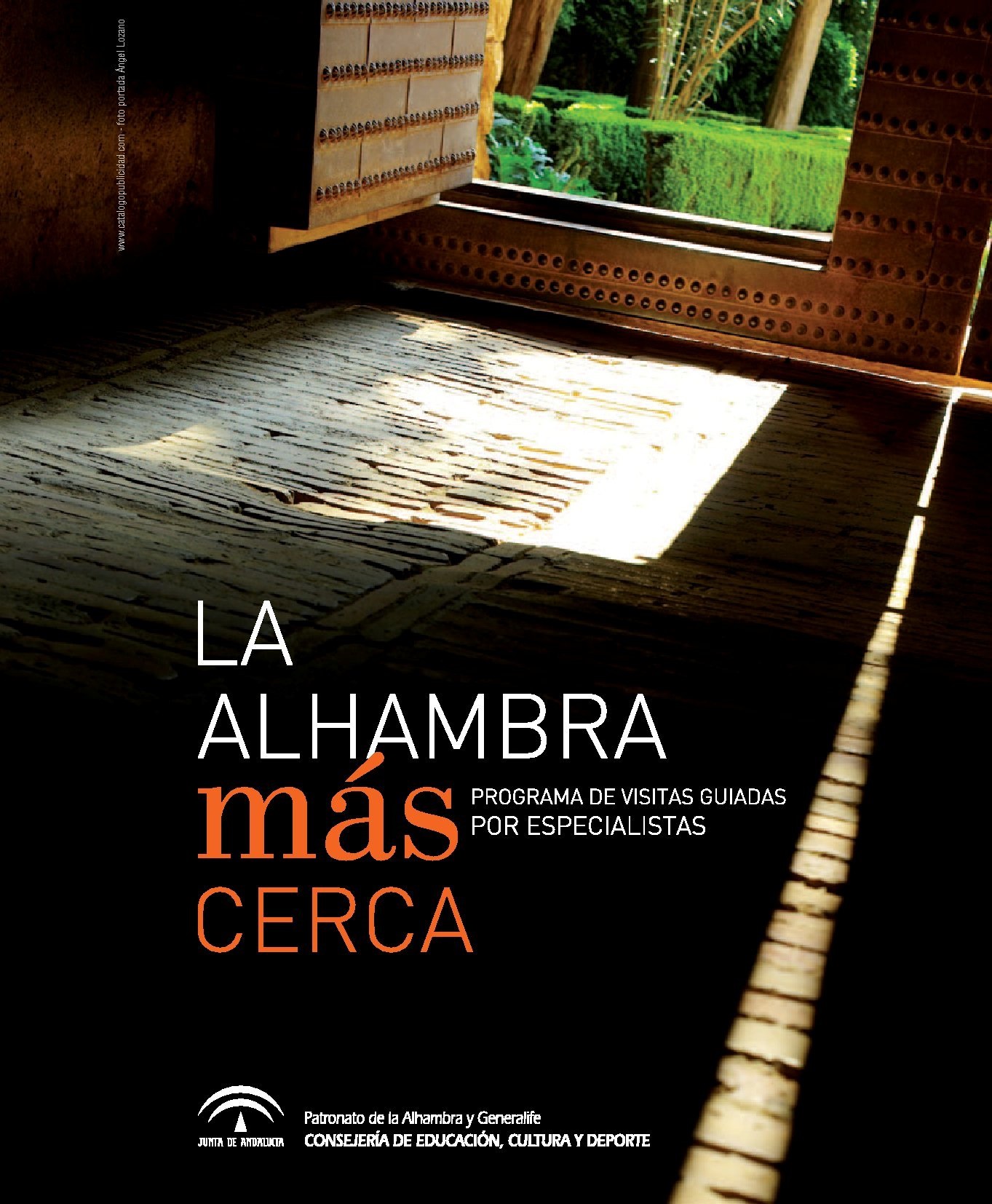 The Alhambra, as seen through the eyes of specialists. A new programme of guided visits to help visitors view the monument from other perspectives will be starting soon. Every Friday, Saturday and Sunday of May and June we will be organizing dif-ferent themed routes, which this year will also be taking in other spaces on the Hill of the Alhambra such as the Rodríguez-Acosta Foundation.
Those interested in taking part in this activity must book in advance as there are only a limited number of places. This can be done online at www.alhambra-tickets.es or by calling 902 888 001. The price of the visit, which will last an average of two hours, is 9 euros and the minimum age for those wishing to take part is 12 years old, i.e. sec-ondary school students. The Council of the Alhambra and Generalife has other activi-ties for younger children such as La Alhambra y los Niños (The Alhambra and chil-dren), specifically designed for this age group.
The visits led by specialists scheduled for May will begin under the heading Know the Alhambra. On 9 May the tour will be led by Francisco Lamolda, the architect-conservator of the monument, who will be explaining the architecture of the Alhambra. On the next day, Saturday 10th, water will be the main theme of the route organized by the surveyor and historian, María Cullel, while on the Sunday, nature, vegetation and conservation in the Alhambra will be the subject of the tour led by the architect, Virginia Brazulle Naulet.
Decoration in the Alhambra will be the main theme of the third day of guided vis-its. José Manuel Gómez-Moreno, Professor of History of Art at the University of Grana-da will be leading a tour entitled Fusion and symbiosis: the Mudejar in the Alhambra; whilst the Head of Museum Conservation, Purificación Marinetto, will be exploring Is-lamic art as seen in the Nasrid Alhambra and José Manuel Rodríguez Domingo, Lec-turer of History of Art at the UGR, will be leading a tour entitled Nasrid architectural decoration: evolution and iconography.
The History of the Alhambra as seen in its Epigraphy is the title of the visit that José Miguel Puerta Vílchez, Lecturer of History of Art at the UGR and researcher, will be guiding on 23rd of May. The following day, Barbara Boloix, an Arabist and lecturer at the UGR, will be guiding a tour entitled The Queens of the Alhambra, while Antonio Peláez Rovira a lecturer from the Department of Semitic Studies of the Faculty of Phi-losophy and Letters of the University of Granada will be analysing the 15th century Al-hambra.
The central theme of the visits on 30th May and 1st June will be the Generalife. The first tour, led by the engineer Ignacio Morón, will be focusing on the vegetable gar-dens, while Carlos Vílchez, a Doctor in History of Art from the University of Granada, will be leading a visit to the Royal House of Happiness, the Palace of the Generalife. This group of tours will finish with an itinerary organized by the lawyer and writer Cesar Girón entitled From the governorship in perpetuity to a public heritage area.
The Rodríguez-Acosta Foundation will be included in the guided tours sched-uled for June. The conservator of this institution, Javier Moya, will be showing his party the Foundation’s Museum collection, while José Tito Rojo, a botany lecturer from the Faculty of Pharmacy at the University of Granada will be revealing its gardens. The last tour will be by the architect, Javier Gallego Roca, who will be explaining the architec-ture of the Foundation building known as the Carmen Blanco (White Mansion).
The programme will end on a high note with tours on mysticism and poetry in the Alhambra. The philologist Naima Anahnah will begin the tours on Friday, 13 June with a visit entitled Islam in the epigraphy of the Alhambra. The next day the writer and teacher, José Carlos Rosales, will be explaining the poetic space of the monument from the Christian era onwards. The programme will come to a close with a tour entitled The Alhambra al-Yahud (The Alhambra of the Jews) by the Professor of Hebrew and Aramaic Studies from the University of Granada, María Dolores Ferre Cano, who is al-so the Vice-Rector of Graduate and Post-Graduate Studies.
For more information, please visit www.alhambra-patronato.es