The Alhambra and the Spanish Red Cross in Granada are strongly committed to the protection and provision of health care to visitors and employees of the Monument. 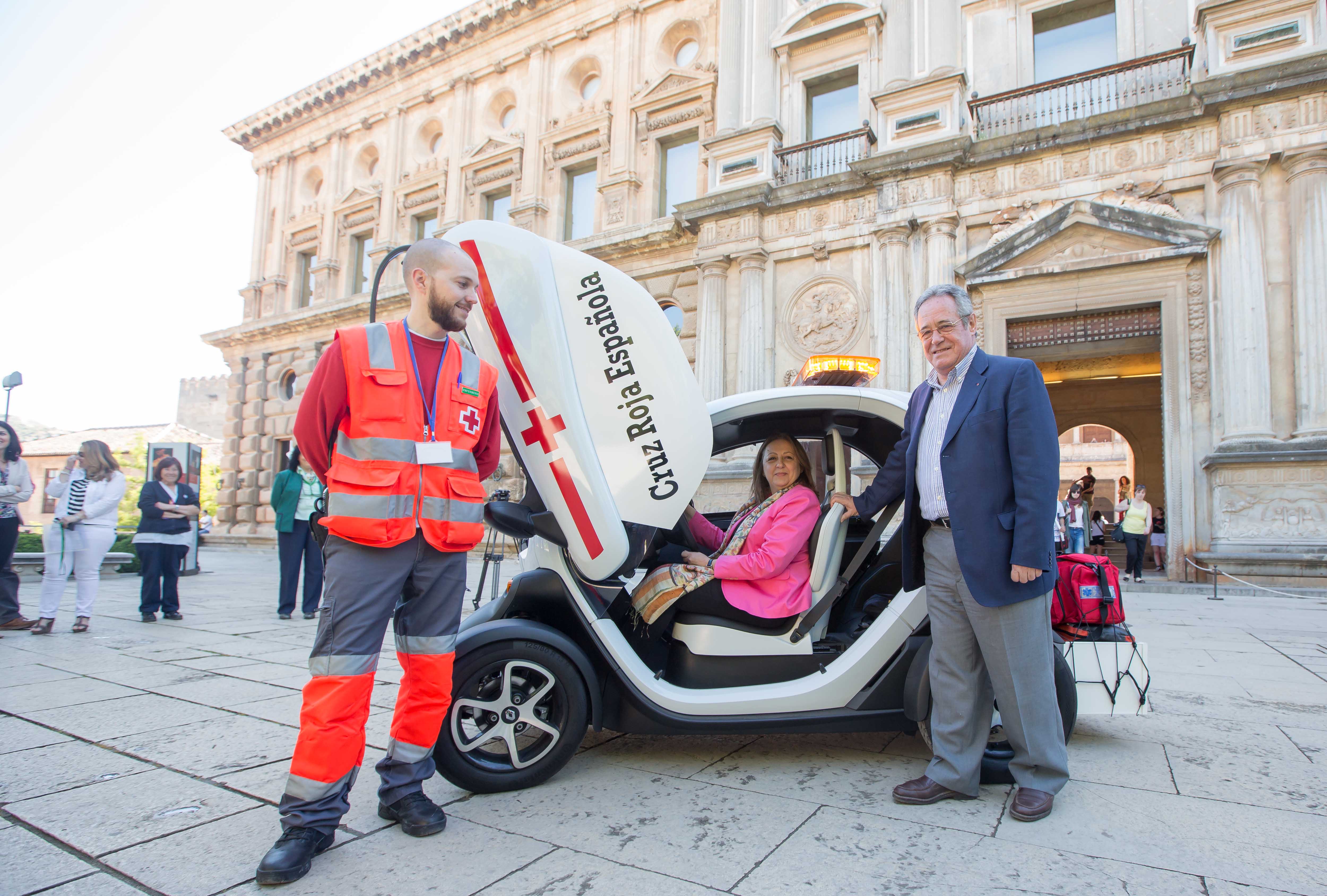 The two bodies sign a collaboration agreement which includes an electric vehicle for attending patients in the event of emergency...

This morning, the Director of the Council of the Alhambra and Generalife, María del Mar Villafranca, described the cooperation agreement she had signed with the Provincial President of the Spanish Red Cross in Granada, Francisco Escribano, as a joint commitment between the two bodies “to protect and provide health care to visitors”.. The main objective of the agreement is to offer “health care and risk prevention to all visitors to the Alhambra and all those who work here”.
The cooperation agreement between the Council of the Alhambra and Generalife and the Spanish Red Cross includes a whole set of coordinated measures to optimize patient care from the momen in which an urgent request for care is made until the service is provided”. The team will also have an electric vehicle guaranteeing rapid access to all parts of the Monument. According to Escribano “given the gradients of the terrain on which the Alhambra is built, it was essential to have a method of transport that could adapt to it and respond quickly in emergency situations. The vehicle we have chosen has the additional advantage of being environmentally-friendly and will therefore have no impact upon the Monument or its environment”.
The agreement, to which the Alhambra has agreed to contribute 115,000€ a year, guarantees that a team of professionals with the necessary skills will be on call to as-sist those in need. These staff will all have received the recently regulated training pro-gramme for those wishing to provide first aid and emergency care.
In 2013, the Spanish Red Cross offered health care treatment to 1,938 people in the Alhambra, 802 of whom were women and 1,136 men. The most common ailments were allergies (32), falls (11), bruising (50), pains (266), sprains (88), fractures (19), haemorrhages (20), cuts (291), fainting and dizziness (195), stings (63), taking blood pressure (308), stomach upsets and vomiting (305).
Within the framework of Strategic Lines 2 and 4 of the Monument’s Master Plan, the Council of the Alhambra and Generalife is embarking on a pioneering project in herit-age protection in the form of its Integrated Security Project for the Monument, which enables us to manage the security devices and entrance control systems, and estab-lish procedures and systems that prevent or minimize risks for people, assets and in-formation.
The Spanish Red Cross, which enjoys the official legal status of an Institution of Public Interest is described in its Statutes as an entity that is “auxiliary to and collaborates with public authorities”, whose work takes place within the different areas in which the State operates and under its tutelage. The official purposes of the Spanish Red Cross include the prevention and repair of damage caused by accidents, public disasters, conflicts, illnesses and epidemics; the promotion and collaboration in actions of Social Welfare, Social Services and Care Services; cooperation in health prevention pro-grammes and in treatment and repair-type assistance in the field of health care and, in general, the performance of all social and humanitarian tasks compatible with the spirit of the institution.