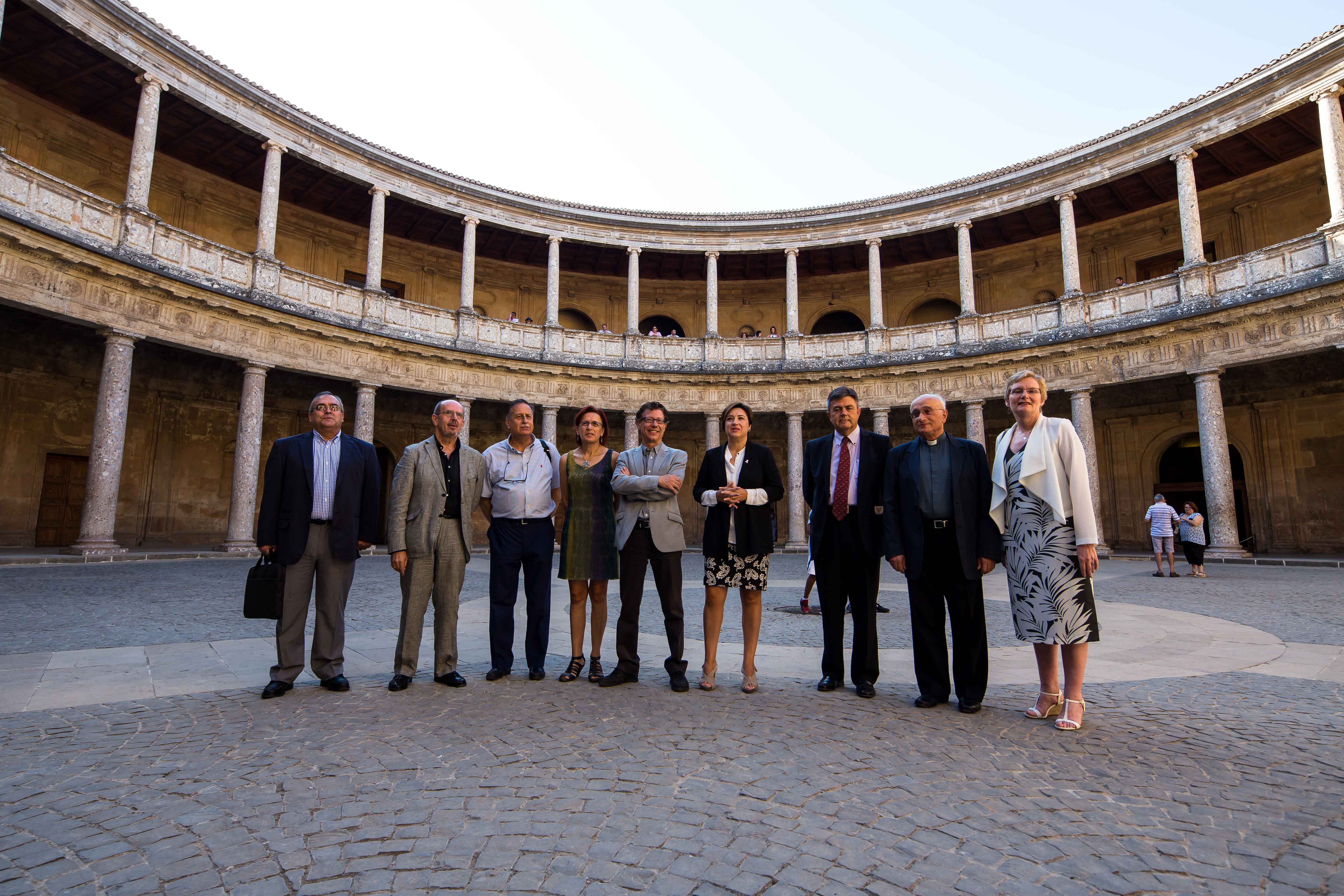 The result of RenEu, an EU project in which Italy, Poland, Portugal and France are also organizing routes along the trail of an important period in history

The “dream” of Emperor Charles V is coming true in the 21st Century thanks to the RenEU project. The Alhambra and various associated institutions from four countries (Italy, Portugal, Poland and France) have come together to organize cultural routes through 85 representative spaces designed to enable visitors to appreciate the Cultural Heritage of the Renaissance from a new perspective.

This morning the Director of the Alhambra and Generalife, Reynaldo Fernández Manzano, presented the Alhambra’s proposal: The Caroline Alhambra and Granada: the dream of the Emperor, which has already been approved by the EU. Those interested in traveling these routes should find out in advance about the places in which it is necessary to book admission in advance and the opening times.

A total of 22 spaces can be visited on the itinerary which aims to show through architecture and works of art “that the Alhambra and Granada were meeting places for different religions, cultures and traditions. This itinerary will give us a new insight into the city and will allow visitors to understand the permanent dialogue between Granada and the Alhambra” Fernández Manzano explained.

Today’s visit began at the Emperor’s Rooms, in the very heart of the Nasrid Palaces. The Director of the Alhambra was accompanied by representatives of collaborating institutions such as the University of Granada, Paradores, the Archdiocese of Granada, the Hospital Order of San Juan de Dios, the Royal Chancellery, the Casa de los Tiros Museum and the Granada Archaeology Museum.

In Granada: Plaza Nueva-Chancellery, the Church of Santa Ana, the Casa de Castril, the Monastery of Santa Isabel la Real, the Palace of Dar al-Horra, the Hospital Real, the Hospital of San Juan de Dios, the Royal Monastery of San Jerónimo, the Cathedral, the Royal Chapel and the Merchants’ Trading-Hall (lonja de mercaderes), the Madraza (first site of Granada City Hall), the Curia buildings, the Plaza de Bibrambla, the Alcaicería (Silk Market), Zacatín, the Imperial Church of San Matías and the Casa de los Tiros.

With a budget of 373,831 euros, the RenEu project, which is part of the 2007-2013 Culture Programme of the Education, Audiovisual and Culture Executive Agency (EACEA), is now ending by bringing the itineraries together in a European network of the New Renaissance. Those interested in obtaining all the information about this initiative should consult the website www.reneu.eu, which has been specially designed for this project and allows Internet users to go on virtual Renaissance routes.

All those interested can also download the free App www.izi.travel.es (a leading platform in the tourism market and a dynamic centre in which thousands of contents providers create multimedia guides), which will enable them to plan their visit to some of the five European routes through the New Renaissance (RenEu).

Likewise the Route proposed by the Tuscany Region of Italy, entitled “In the footsteps of Macchiavelli”, includes a visit to some of Florence’s most important palaces and historic gardens such as the Palazzo Medicci Riccardi and the Palazzo Pitti. The itinerary of the Route of the Renaissance in Poland created by the Villa Decio Association in collaboration with the Malopolska Region is based on the life and work of Ludovicius Decio, secretary of Polish King Sigismund I and centres on the mansion that was built to house the meetings in which a group of intellectuals of the time exchanged ideas. It also visits 21 representative spaces in Krakow.

In the footsteps of Francis I is the name of the route proposed by the French through the Loire Valley, a World Heritage Site since 2000, which became a sanctuary for humanism and the artistic ideals of the Renaissance thanks to King Francis I, who invited Flemish artists to his cosmopolitan court as well as great Italian masters (Leonardo Da Vinci, Domenico Da Cortona, etc). This route takes in 21 landmarks of the French Renaissance from its first expression to the time of its greatest splendour, with castles and monuments that illustrate a distinctive stage of this period when Europe was opening up to new universal ideas.

Lastly the Monastery of the Serra do Pilar, whose architectural features are unique in the region and indeed in Europe as a whole, is the place chosen as the base for the Portuguese route. It also offers a wonderful vantage point from which one can see both sides of the River Douro and a large part of its heritage.