The Alhambra and Granada, a cultural summer at hands’ reach 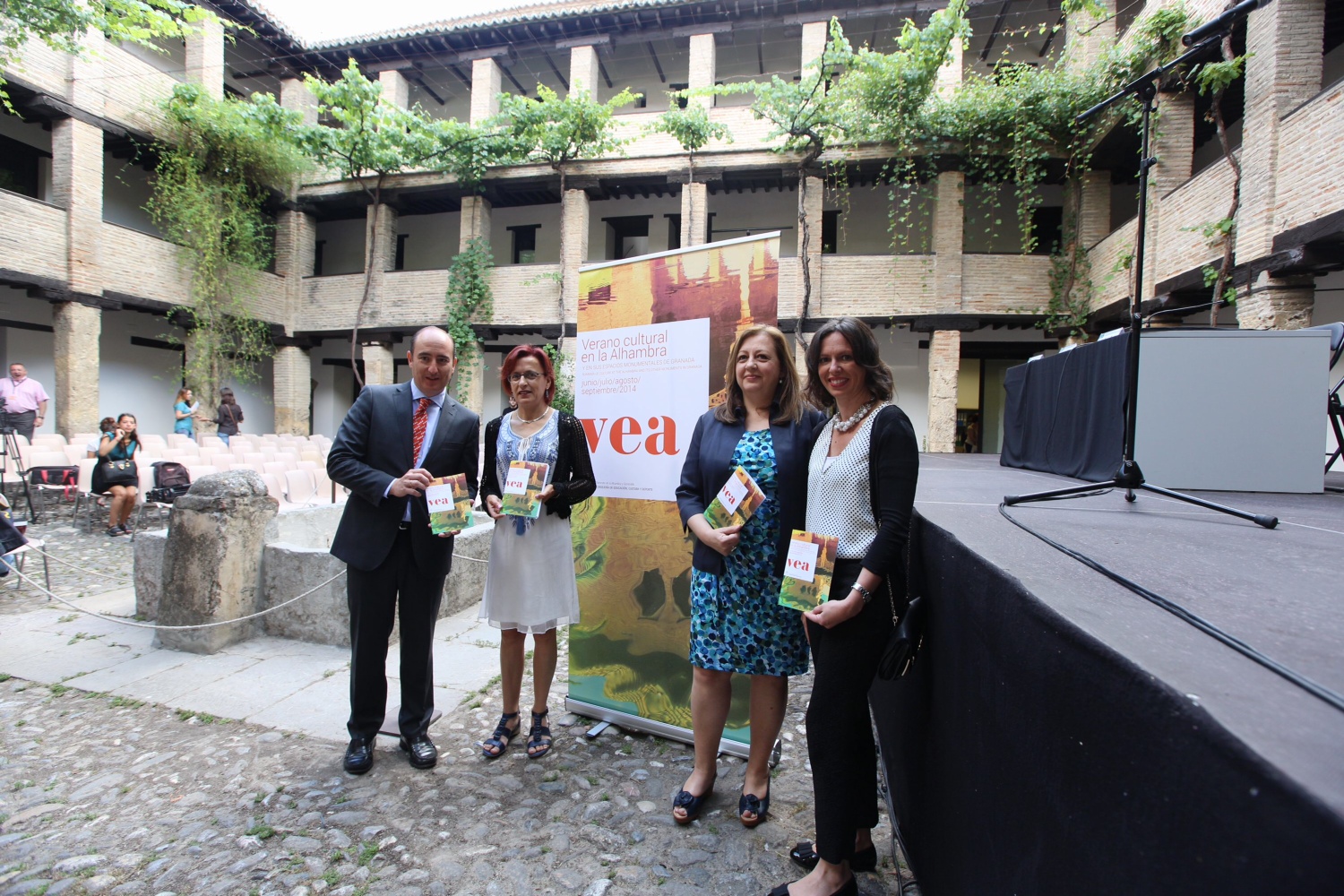 The Alhambra and Granada will together be "taking culture into the heart of the city"...

The Alhambra and Granada will together be “taking culture into the heart of the city”. In the Corral del Carbón this morning, María del Mar Villafranca, the Director-General of the Council of the Alhambra and Generalife, Ana Gámez, the Delegate of Education, Culture and Sport and Juan García Montero, the Councillor for Culture of Granada City Council, jointly presented a leaflet which will put all of the city’s cultural attractions for the summer within easy reach of tourists and local residents.
This is the first time that the city’s institutions have got together at the initiative of the Council of the Alhambra “to optimize their efforts and offer a high quality service to the public. In this way, tourists can find out all the interesting things they can do in Granada in addition to visiting the Alhambra. We have brought all the city’s cultural events and activities together in this leaflet, which is also a way of promoting Granada” Villafranca explained.
The truth is that over a hundred activities have been organized for the months of June, July, August and September all of which have have been brought together in a publication entitled A Summer of Culture in the Alhambra and its Monuments in Granada (VEA), which is now available for download at the website www.alhambra-patronato.es and on the websites of the different organizing institutions. The leaflet devotes a special section to the events that will be taking place in the city from 1st July to 30th September. “What we want is for the public to take full advantage of all the cultural and educational visits and activities that take place on the Alhambra Hill and in the Monuments of Granada, all of which invite us to come, stroll, look, listen and enjoy”, said the Director of the Council of the Alhambra and Generalife.
All manner of things will be possible this summer in Granada from visiting the Alhambra, the Museum of the Alhambra, the Fine Arts Museum, with its temporary and permanent exhibitions; a stroll through the gardens of the Carmen de los Mártires, a concert at the Manuel de Falla Auditorium, named after the famous composer, or a visit to his house and museum, which together with his foundation and archives are also on the hill alongside the Alhambra. Alternatively you could also enjoy the Lorca and Granada Show in the Gardens of the Generalife or discover the Rodríguez-Acosta Foundation. The list goes on and on.
For her part, Ana Gámez asserted that VEA revealed the importance of “Culture in the city of Granada, already considered an important economic motor that creates jobs. There can be no doubt that this wide range of cultural attractions will lead many visitors to choose us as their holiday destination”.
The Councillor for Culture of the Granada City Council gave full marks to this initiative in which all the city’s institutions have worked together: “Culture acts as a bridge that brings us all together”, he said.
During the presentation, Villafranca gave details of the Programme for this Summer in the Corral del Carbón. For the 24th – 26th July we have The Granada of the Alhambra. Music in 3 cultures with concerts by La Banda Morisca, Fandango Barroco and Rania. This will be followed by copla traditional Spanish popular song from 28th -30th July with the The Rose of the Alhambra; and as we move into August flamenco will take the floor with El Teatro de la Zambra, with artists such as La Moneta, Jorge Pardo, Dorantes, Mayte Martín, Patricia Guerrero,etc, until 15th August
There will also be room for tango on the stage of Corral del Carbón with Los Mareados and the show Laviebel, on 1st – 3rd and 8th -10th August. The Granada theatre company Teatro para un Instante will be offering their take on Lorca’s Blood Wedding from 16th to 27th August; while the by-now well-established jazz cycle will be bringing some of the best-known musicians in this genre such as Voro García, Sole Giménez, Julián Sánchez, Marko Lohikari, etc, to Granada on 12th – 14th September.