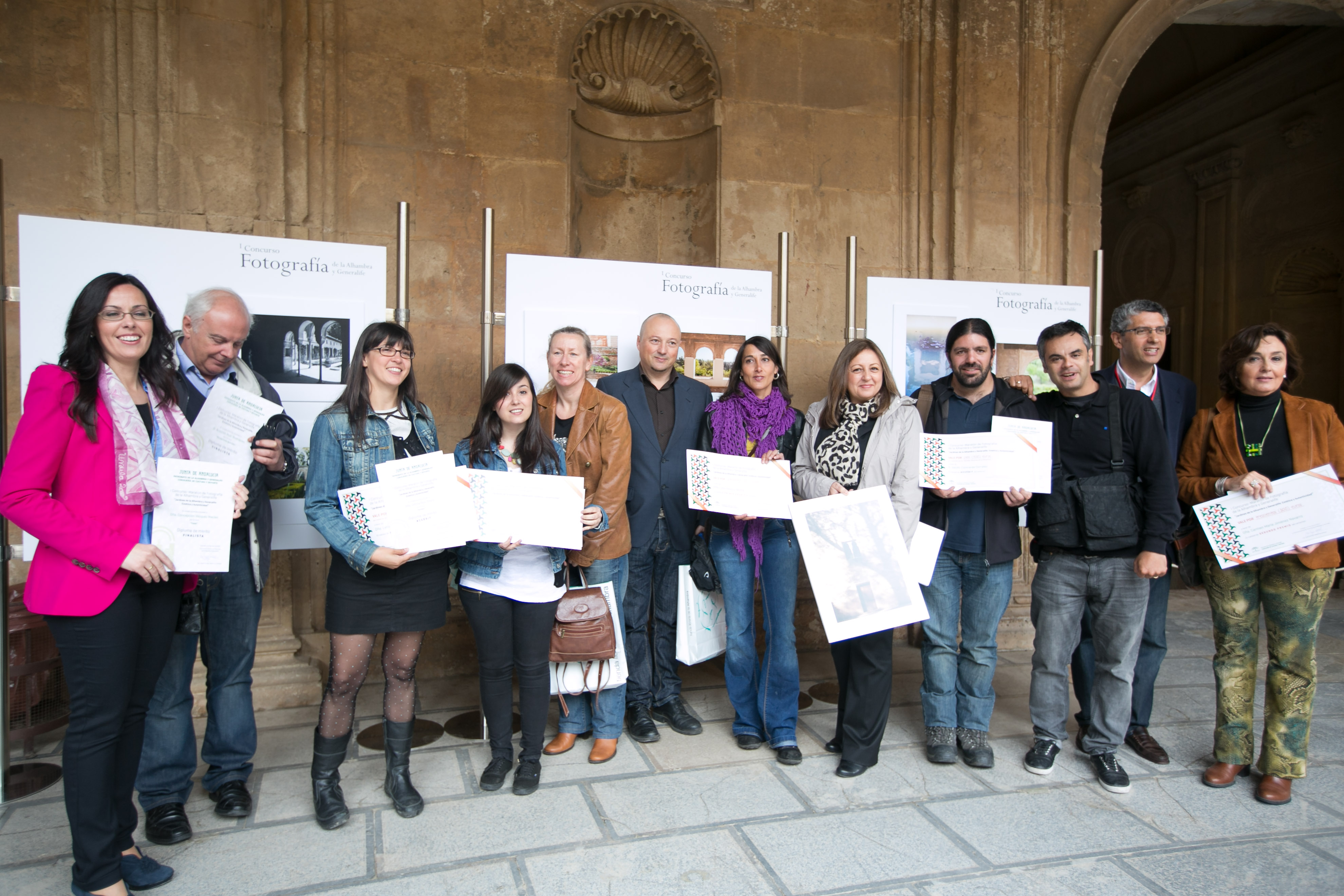 The www.fundacionrodriguezacosta.com has shown its most photogenic today. This morning, they have released the names of the winners and finalists of the First Competition of Photography ‘Gardens of the https://twitter.com/alhambracultura: aesthetics and authenticity’. The director general of https://www.facebook.com/alhambragranada, María del Mar Villafranca, with the Head of Service and Forest Memorial Gardens, Rafael de la Cruz, presided over the ceremony at the Palace of Carlos V, coinciding with the Day International Museum, held on Saturday.
The jury, which stressed “the quality of the papers presented and the original photo of the contestants looks”, was composed by renowned professionals in the world of photography, among which are: Prof. School of Photography of Fine Arts at the University of Granada, Francisco José Sánchez Montalbán, the professor of photography at the School of Art in Granada, Paloma Brinkmann Well, and professional photographers daily Ideal, Ramon L. Perez, Granada Today, Maria de la Cruz Ruiz, and El Pais, Pepe Marin.
For three days, from 18 to 20 April, more than a hundred fans have participated in this event to capture, with its objective, the best image of this palatial city. So, ‘Symbiosis’, performed by Lydia Velasco Molina has been photography that has taken the first prize, valued at 500 euros, followed by ‘Let me stay in your garden’, by Carmen Maria Jimenez Navarro, has been the second prize, and ‘Romantic Garden’ by Marta Ruiz Vera, has won the third prize. In addition, two runners have been selected: ‘And the Partal contemplated …’ by Adolfo Contreras Corrales, and ‘Senses’ by Leticia Ruiz Rivera, and fifteen finalists who will win a certificate for their participation.
After the awards ceremony, the director of the Nasrid monument inaugurated the exhibition “Weapons and equipment for defense nazi ‘, which can be visited in the living VII of the Museum of the Alhambra, consisting of one hundred pieces from the museum’s own funds usually not exposed, plus others from the Archaeological Museum of Granada.
In addition, the Museum of the Alhambra has today with a new possibility for user interaction via mobile phone, in addition to posters with information on QR codes were already using, such as communication NFC technology short-range wave just bring the phone to automatically gusset opens the part information. Although the user can not see it, each bracket has an integrated chip that allows it to perform the action by bringing the phone.
The combination of QR and NFC allows to cover a large number of mobile terminals and through them visitors can expand the information of the pieces in the exhibition, do chech-in at the museum with Foursquare or listen on your mobile Andalusian music through spotify . Currently, this system is being used in museums whites, but is a pioneer in Spain.