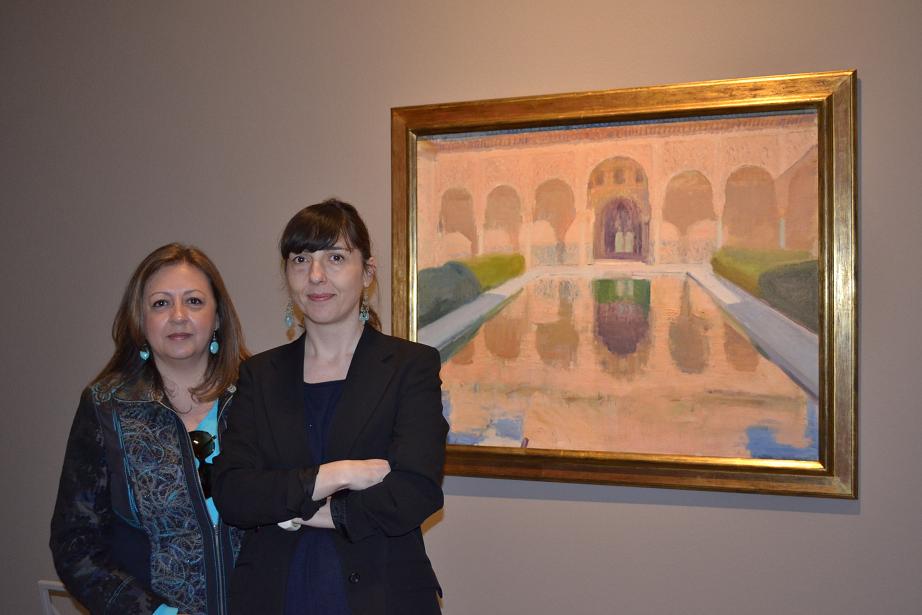 The exhibition Gardens of Light was inaugurated today at Palazzo dei Diamanti in Ferrara, to great acclaim, and is scheduled to reach the Palace of Carlos V this summer

From today onwards, the light and colour of Alhambra and Andalusia infuse the Palazzo dei Diamanti in Ferrara, Italy, with the inauguration of Gardens of Light, an exhibition of paintings by Valencian artist Joaquín Sorolla (1863-1923), on show in Italy for the first time. The exhibition consists of some 50 works inspired on the Arab courtyards and gardens of Andalusia and the impression caused on the artist when he visited the region. Next summer, the exhibition will travel to the Palace of Carlos V Museum of Fine Arts, in Granada, before moving on to Madrid’s Sorolla Museum.

The exhibition, commissioned by a committee of experts made up of Tomás Llorens, Blanca Pons-Sorolla, María López Fernández and Boye Llorens, retraces the encounter between Joaquín Sorolla and Andalusia and its millenarian culture and the artist’s discovery of Arab courtyards and gardens of the Alcazar of Seville and, especially, the Alhambra standing out against the white background of the Sierra Nevada. His fascination with Islamic gardens affected him so deeply as to make him remodel the poesy and style of his work in his later years.

Gardens of Light has been organised by Ferrara Arte, together with Patronato de la Alhambra y Generalife and Sorolla Museum. The exhibition is broken down into six sections (Earth, the Alhambra, Water, Courtyards, Gardens and the Garden of the Sorolla House). The focus is on a crucial moment in the creative life of the painter, the years of his full maturity and, specifically, on these compositions, in which architectural designs, flora, marble, tiles, light and colours all come to life. The artist’s brush conveys reflections on water, light filtering through and dissolving geometrical architecture, and the colourful mosaic of the southern garden.